The energy transition in Germany is not really going smoothly at the moment. 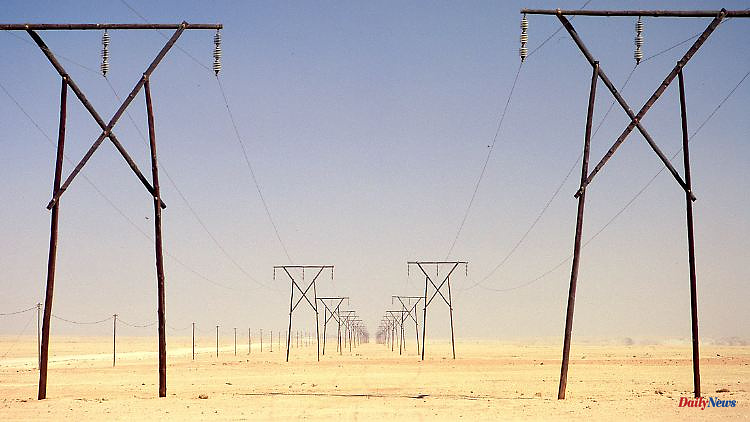 The energy transition in Germany is not really going smoothly at the moment. But soon everything should get better. The federal government has two beacons of hope: green hydrogen and sunny Africa.

In the fight against climate protection, Vladimir Putin is an involuntary ally. In addition to the consequences of climate change, Russia's President is also impressively demonstrating to German politicians and industry that Germany cannot move away from fossil fuels quickly enough.

Germany wants to become climate neutral by 2045. In order to master the transformation of the economy, Germany relies on so-called green hydrogen. But Germany has far too little wind and far too little sun to cover the planned demand on its own. Part of the required energy can be generated in Germany, but the majority has to come from abroad. As a supplier, Africa should play a major role in replacing dirty energy sources such as oil, gas and coal with clean energy.

In the medium term, only hydrogen produced by wind or solar energy should be used in Germany. The principle: with so-called electrolysis, water is split into hydrogen and oxygen using green electricity. Green hydrogen, i.e. hydrogen produced without CO2 emissions, is initially to be used primarily in energy-intensive industrial processes that cannot be converted to green electricity. This is the case, for example, in the steel and chemical industries.

Suppliers should be countries that have a lot of wind or sun and therefore sufficient potential for cheap electricity from renewable energies. Outside of Europe, these are southern, sun-rich countries - such as Namibia. Because of the geographical location, wind turbines and photovoltaic systems can be used much more effectively in the country than in Germany, for example. In addition, the country with 2.6 million inhabitants is more than twice the size of Germany and has huge areas that can be used to generate renewable energy. The coastal location makes it possible to bring the hydrogen - if it is combined with nitrogen to form ammonia - by ship to Europe. Namibia is also attractive because, unlike many other energy suppliers, it has a stable democracy.

The Namibian government has ambitious plans. So far, the country has bought a large part of its energy in South Africa, where it is obtained from hard coal. The country is now to produce all of its own energy needs by 2030 with the help of solar energy. Synthetic fuels are also to be exported. Namibia wants to become a cost-effective supplier - and one of the customers should be Germany.

As part of its national hydrogen strategy, Germany has entered into partnerships with several countries - in addition to Namibia, these are the Democratic Republic of the Congo, South Africa, Angola and Morocco. The plan: In Africa, an innovative, coveted, cost-effective and environmentally friendly solution is being created that will meet the world's constantly growing energy needs - while alleviating the climate crisis.

But there are obstacles along the way. Electrolysis to produce green hydrogen not only requires wind or solar energy, but also a lot of water. This can be fresh water from rivers, lakes or groundwater - or salt water from the sea, as in bone-dry Namibia, where energy-intensive desalination plants have to be used. The danger is that the production of green hydrogen has a negative impact on local water supplies and marine ecosystems.

Further difficulties: In order to implement the projects, the prerequisites must first be created. Governments need to set up the necessary logistical infrastructure and expand a supply network to transport the hydrogen to customers. Private investors - for example from Germany - have to be brought on board and their investments have to be secured. A major construction site is the lack of skilled workers. Engineers are needed to install, monitor, operate and maintain the systems.

In Namibia, people are optimistic that this will succeed. The government has launched a green hydrogen project estimated at around 9.4 billion euros. This is a gigantic sum for the country. To put this into context: Namibia's economic output is estimated at just 12 billion euros this year.

German Enertrag and a South African partner won the tender. The agreements are currently being finalized, contract negotiations are being conducted and partners are being sought. Production is scheduled to start in 2027.

The project is demanding. A desalination plant powered by green electricity transports water from the coast through a pipeline to the electrolysis plant in the desert, where hydrogen is then separated from oxygen using solar energy. The hydrogen then flows the other way back to shore. There it is combined with nitrogen to form ammonia so that it can also be transported by ship.

Not only hydrogen, but also ammonia is in great demand in Germany. It is one of the most important raw materials for the chemical industry, for example in the manufacture of fertilizers. Ammonia can also be burned to generate energy. Another possibility is to use ammonia in fuel cells. In addition, the nitrogen can also be separated again so that hydrogen is produced again.

The Federal Ministry of Economics wants at least ten countries to deliver green hydrogen to Germany by 2030 in order to avoid future dependencies. Green hydrogen is also to be imported from countries from which Germany currently receives oil and gas. Putin's Russia, however, should not be one of them. 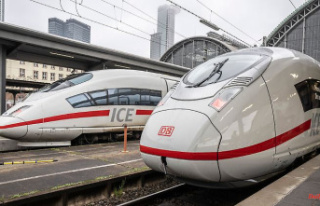 Express train instead of a domestic flight: Deutsche...