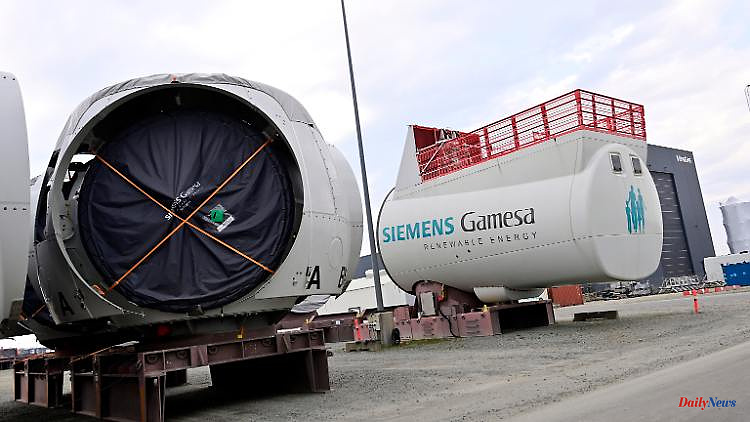 Concentration on core markets, fewer employees, higher prices: The wind turbine manufacturer Siemens Gamesa wants to realign and streamline. But it will be a while before the successes become visible. The company will not make any money next year either.

Wind turbine maker Siemens Gamesa is lowering its return targets even further and is preparing for losses in the coming year. CEO Jochen Eickholt wants to work out a new business model this year, which could also result in staff cuts. The Spanish company, which belongs to Siemens Energy, announced that it now expects a return of minus 5.5 percent for the current year. Previously, minus 4 percent had been predicted. Sales are likely to fall by nine percent. Income from the sale of assets is already included. The return will also be negative in 2023.

Siemens Gamesa is struggling with high raw material prices, component failures and general geopolitical uncertainty. In the past quarter, sales shrank to 2.44 billion euros from 2.7 billion in the previous year. The net loss widened to 446 million euros from 314 million euros.

A new business model is to be developed in the current year, which could then come into force at the beginning of 2023, explained Eickholt. This also includes savings in employment worldwide. "In some parts of our organization, the capacity is far greater than necessary and that needs to be corrected," Eickholt said. "We will continue to work on the details." According to insiders, Siemens Gamesa is considering cutting around 2,500 jobs to get the losses under control - that corresponds to around nine percent of all jobs. It is still unclear which divisions and regions are affected, said two insiders.

The manufacture of masts and blades for wind turbines has proven to be a difficult business in recent years due to tough competition, the consequences of the corona pandemic and escalating metal prices. Siemens Gamesa also faced delays in the development and delivery of a new range of onshore turbines.

Siemens Energy is offering a good four billion euros for the 33 percent of Siemens Gamesa that it does not yet hold and wants to take the wind turbine manufacturer off the stock exchange. Siemens Gamesa was created in 2017 through a merger of the Spanish Gamesa with the wind power division of Siemens and is represented on the market in Europe, North and South America, Africa and Asia. Eickholt said that going forward, the company will focus on "a smaller number of core markets where we want to be successful." At the same time, initial successes can be seen in passing on the higher raw material prices to customers. "The trend is clearly positive and taking us back to 2017 or 2016 price levels," said Eickholt. 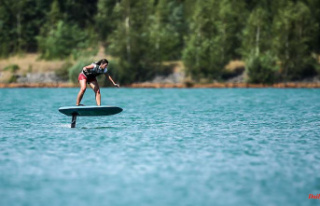 "Silently over the water": Efoils are becoming...