War in Ukraine, shortage of semiconductors, supply chain problems: the record profits of the German automotive industry somehow don't fit in with that. 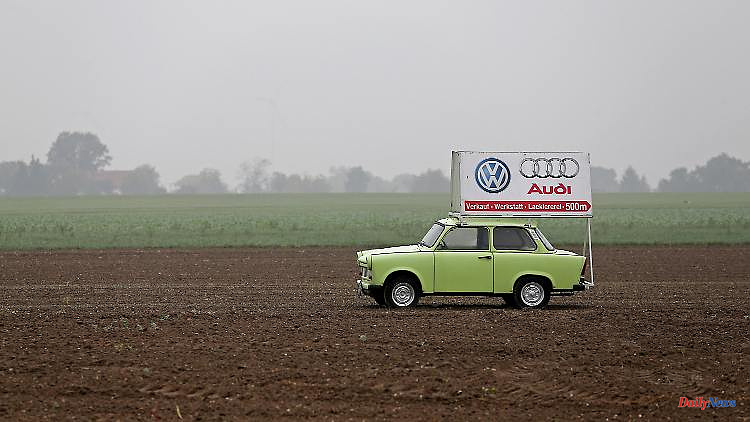 War in Ukraine, shortage of semiconductors, supply chain problems: the record profits of the German automotive industry somehow don't fit in with that. Yet they exist. But China could now finally put an end to them and plunge Germany's key industry into a serious crisis.

Rarely has there been a sharper contrast in the German automotive industry between the usual hurray messages in connection with ambitious plans for future growth and returns and an increasingly gloomy economic environment in the present. And that applies to all manufacturers without exception. They act as if there is an everlasting spring in the industry and completely ignore everything else, such as the increasing reluctance of consumers to buy due to ever-increasing prices in supermarkets, for heating and electricity and at gas stations.

To put it even more bluntly: there has never been anything like it! On the one hand, the order books are full to bursting and the new and used car markets are empty. There are delivery times of up to a year and corporate profits are exploding. On the other hand, the production and employment situation is terrible.

For example, sales in the "home market" of Europe in April 2022 were 20.6 percent below the previous year's level. In Italy the minus was even 33 percent, in France it was 22.6 percent and in Germany also 21.5 percent. A similarly murky picture emerges around the world. In China alone, previously the industry's growth engine, sales fell by 43.1 (!) percent in April. In the USA it was 19.2 percent, in Japan 15.3 percent and in Brazil 16.7 percent.

A production standstill due to a lack of material is decisive for this. Cars have become scarce! According to an analysis by the Ifo Institute, German car manufacturers including suppliers have accumulated a record number of uncompleted orders. The range of orders in this key industry has become unusually large at 7.4 months. The manufacturers themselves, especially BMW and Daimler, report delivery times of up to 12 months and more for individual models. In some cases, VW no longer accepts orders at all. Electric vehicles are particularly badly affected.

The automotive order backlog is not only the result of the recovery in demand for German automobiles that had pent up during the corona lockdown. It is primarily due to the ongoing difficulties faced by companies in promptly processing existing orders due to a lack of raw materials and supplier parts throughout the entire value chain.

Without Russian deliveries of aluminum, magnesium, palladium and platinum for the construction of catalytic converters and electric batteries, cars "made in Germany" can only be built in small numbers. And none at all without memory chips from China and Asia.

If the global supply bottlenecks resolve in the coming months, the Ifo Institute believes that production could take off with a bang. However, that is not realistic. Rather the opposite is to be expected: a further intensification of supply bottlenecks as a result of the brutal corona lockdown in China. The preliminary products and goods urgently needed abroad are piling up in the ports there for export. China is in the process of crippling the global economy, with the auto industry at the forefront.

The global supply and production network that German industry - especially the automotive sector - has built up over the last few decades is now proving to be a boomerang. The choice of location and the exchange of goods based on international efficiency and productivity criteria presuppose undisturbed world trade free of political restrictions. That was an illusion, as the Ukraine war painfully shows. The supply situation in the global economy as a whole, especially in the automotive industry, is coming to a head. The German manufacturers have to repeatedly cut shifts and temporarily close factories.

Quick all-clear? None! The first voices are now being raised that the global bottleneck in memory chips will even be extended to 2024. Again, the auto industry is the most affected. Cars without memory chips are only on the road in Russia and North Korea, in the rest of the world only in museums. As a result of the production disruptions, according to “Automobilwoche”, around 700,000 fewer cars will be able to be built in Germany in 2022, around a third of the planned annual production. With the exception of Porsche, all manufacturers are affected, but especially VW. According to forecasts by IHS Markit, the VW brand alone will lose over half a million units worldwide this year. The premium brands BMW and Mercedes-Benz will be missing 100,000 and 80,000 vehicles respectively by the end of the year.

This is the hour of the financial controllers for all manufacturers. Within the group, the production possibilities are aligned to the profit margins of the models. This policy is most easily possible in a multi-brand group like Volkswagen. Preference is given to the premium brands with the highest margins: at Porsche, production is increasing even now during the crisis, at Audi it is only falling slightly. However, this optimization occurs at the expense of the VW brand, which claims to have accumulated more than 500,000 customer orders. Works council chief Daniela Cavallo flares her nostrils!

All in all, this has led to a complete reversal of the situation on the car market: where the customer used to be king, the seller, i.e. car manufacturer, now has the upper hand. The price market power of car manufacturers has increased significantly. Discounts have almost disappeared, and all manufacturers are benefiting from the lack of supply through higher new car prices. The result: All manufacturers report increasing profit margins and record results. According to an evaluation by the consulting company EY, the cumulative profits of the 40 DAX companies in the first quarter of 2022 reached the record level of 52 billion euros. BMW alone accounted for a good twelve billion euros of this. VW brought in eight billion and Mercedes-Benz brought in more than five billion. The three car manufacturers thus account for around half of all profits of the 40 DAX companies.

So is everything okay with that? Not at all! The global economic environment is darkening at the same pace as global inflation and interest rates are rising. The risks of a recession are increasing. The stock markets fall. The general uncertainty in the economy and society is growing. If there were also a total loss of natural gas, oil and coal from Russia in Germany, an overall economic recession would be unavoidable. This would then trigger a chain reaction in Europe. China and the US would rather exacerbate the downturn than dampen it. That is the great danger, unique in post-war history, of a synchronous downward movement of the national economies in all economic blocs at the same time.

The auto industry, with its global and deep sectoral interdependence, would be one of the hardest hit. What's more, it would also be a motor here. No wonder some auto experts are already predicting a "horror year" for the auto industry. But maybe things will turn out differently, loosely based on the Rhenish Basic Law: "It would still have been fun jejange!" 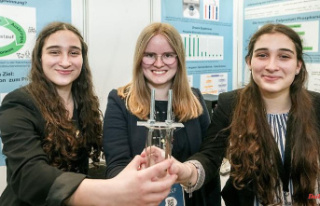 Bavaria: trio of girls from Bavaria among "Jugend...