The motorhome industry also has delivery problems - nevertheless, Dethleffs is launching a new series in three variants with the Just Go. 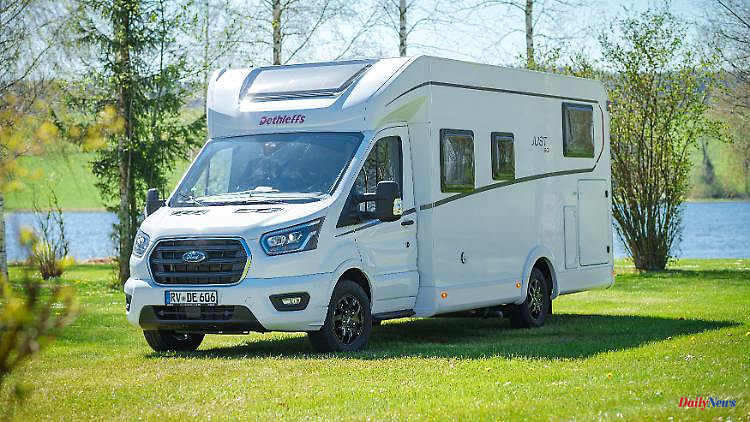 The motorhome industry also has delivery problems - nevertheless, Dethleffs is launching a new series in three variants with the Just Go. For better availability, the semi-integrated is built on a Ford Transit.

The Ford Transit is undoubtedly one of the beneficiaries of the current delivery problems in the motorhome industry. Since the Cologne transporter is obviously more readily available as a base vehicle than the market leader Fiat Ducato, more and more manufacturers are switching to the Transit and presenting new series based on the Ford, which is usually even a bit cheaper - as is now the traditional company Dethleffs with the partially integrated model Just Go at prices from around 60,000 euros.

The manufacturer from Isny ​​im Allgäu, which is part of the Erwin Hymer Group, introduced the Just 90 entry-level series for its 90th anniversary last year as an inexpensive motorhome with equipment ready for travel on a Ducato chassis.

At the same time, the Allgäu company is now positioning the new Just-Go series, the basic equipment of which is based on the Ford Transit with a 96 kW/130 hp Eco-Blue diesel engine and a wide range of comfort and safety equipment. These include cruise control and a digital DAB car radio with steering wheel remote control as well as numerous assistance systems such as emergency braking, hill start, cross wind and safety brake assistants. Comfortable, rotatable, height- and tilt-adjustable pilot seats with two armrests are also on board as standard.

However, the external differences to the Just 90 models are small. Of course, the cab hood had to be adjusted and a newly designed rear light carrier is used at the rear.

At the market launch in mid-May, the semi-integrated Just Go will be available in three layout variants. The 6.99 meter long T 6815 EB has single beds in the rear and an L-shaped kitchen in the middle opposite the bathroom. The T 7055, which is 37 centimeters longer, is also available as an EB version with single beds, but can also be ordered as a DBL with a height-adjustable, central queen-size bed in the rear. The two long floor plans are characterized by a spacious bathroom with a separate shower that can be separated from the living room.

The dimensions of the refrigerator (142 liters) and the fresh (115 liters) and waste water tanks (95 liters) are at the best class level. As standard, the rear garages have an anti-slip surface on the floor and new, smooth-running rotary tension locks.

We recommend an extensive comfort package (surcharge of 8,000 euros for the T6815 and 7,400 euros for the T7055 models), which, in addition to additional equipment features for the basic vehicle such as headlight assistant, rain sensor and air conditioning, also includes windows in the cab hood and the body door, a midi lifting Tilting roof 70 centimeters long over the seating area, pleated blackout in the driver's cab, the option of converting the single beds into a double bed, a second garage hatch on the left and ambient lighting. The package thus offers price savings of more than 3200 euros compared to the individual items.

An assistance package with additional safety assistants is also available for both versions, as well as Package One for around 4800 euros, which includes the factory equipment with an awning, reversing camera, 22-inch flat screen and automatic satellite system. A more powerful engine with 118 kW/160 hp, automatic instead of manual transmission, trailer hitch, electric underfloor heating, solar system or an electric pull-down bed above the seating group offer further customization options. 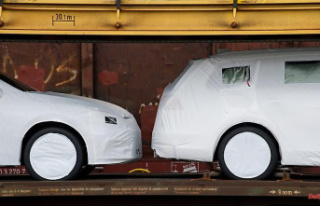