They were closed for weeks, and now the first McDonald's branches in Russia are turning on the fryers again: With a new name and owner, things should continue as usual despite sanctions and the Ukraine war, even if the burgers are called differently from now on. 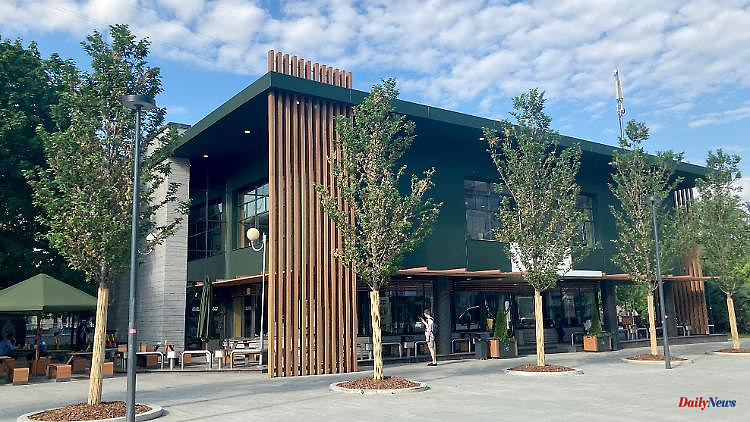 They were closed for weeks, and now the first McDonald's branches in Russia are turning on the fryers again: With a new name and owner, things should continue as usual despite sanctions and the Ukraine war, even if the burgers are called differently from now on.

A few weeks after the US fast food chain McDonald's finally withdrew from Russia, the first restaurants are opening under their new Russian owner. A total of 15 branches in Moscow and the surrounding area are to welcome guests again this Sunday - under a new name and logo, but at the same locations, with the same staff and almost identical dishes.

After more than 30 years, McDonald's temporarily closed its Russian business in early March in response to the war of aggression against Ukraine launched by Kremlin chief Vladimir Putin. Like several other international companies, the group later finally withdrew from the largest country in the world in terms of area, where it was one of the most important employers with 62,000 local employees. Only at train stations and airports should individual restaurants initially continue to operate under the US logo because of special franchise agreements that are not easy to cancel.

The new owner of the Russian chain is Alexander Gowor and until recently he was running 25 McDonald's branches in Siberia. Now the entrepreneur has also bought the other 825 locations across the country for an undisclosed price - and says he wants to reopen them all within two months. The comeback of McDonald's in a new, Russian guise has been a hotly debated topic in Russia's social networks for days. The government newspaper "Rossiyskaya Gazeta" recently even devoted an entire page to the "Russian McDonald's".

The great interest also has to do with the fact that McDonald's has a downright historical significance for many Russians: the opening of the first McDonald's branches in the early 1990s was also a sign of change and departure in Russia, before the restaurants formed at that time 500 meter long lines. Accordingly, the closures are symbolic of the hardened fronts between Moscow and the West. According to McDonald's, new owner Gowor, who once made his fortune in the mining and oil industries, has contracted to keep the existing employees on the same terms for at least two years.

Meanwhile, Gowor is no longer allowed to use the McDonald's brand symbols. And so, over the past few days and weeks, all the yellow M's have been gradually removed from Russian restaurants. And anyone who calls up the Russian McDonald's homepage landed on a page called "Skoro tut budut burgers": "There will be burgers here soon". According to media reports, the new logo of the chain consists of a red ball and two yellow lines, it is supposed to represent a burger patty and two fries. The new name is not yet known.

Beyond that, however, as little as possible should change for Russian consumers. The dishes look - at least on the photos of the online menu - almost identical to the old ones. And the fact that McDonald's in Russia previously sourced its products from Russian farmers should ensure that they continue to taste similar. Only: The burger "Filet-o-Fish" is now called "Fish Burger", the hamburger "Royal" becomes the "Grand" and the "Double Royal" becomes the "Double Grand".

1 2022 Legislatives Most Chamoniards vote in Majestic... 2 Saint-Ondras. Un abandoned warehouse is engulfed in... 3 Athletics. Stoppage for Christophe Lemaitre who was... 4 The 25,000 euro question: stagflation (almost) only... 5 Here is the recap of the news. The Southern Alps'... 6 Ain. What will happen to the Music Festival in Divonne? 7 Ice Hockey. Jean-Luc Blache appeals before the CNOSF... 8 There is not only a risk of tooth loss: periodontitis... 9 Hobbies. Lache ta Brides will be held on June 18-19. 10 Alpes de Haute Provence. The Department will provide... 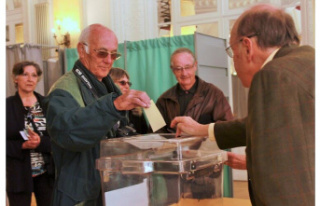 2022 Legislatives Most Chamoniards vote in Majestic...