E-Tron alone is no longer enough: Audi's first electric SUV is getting a facelift. 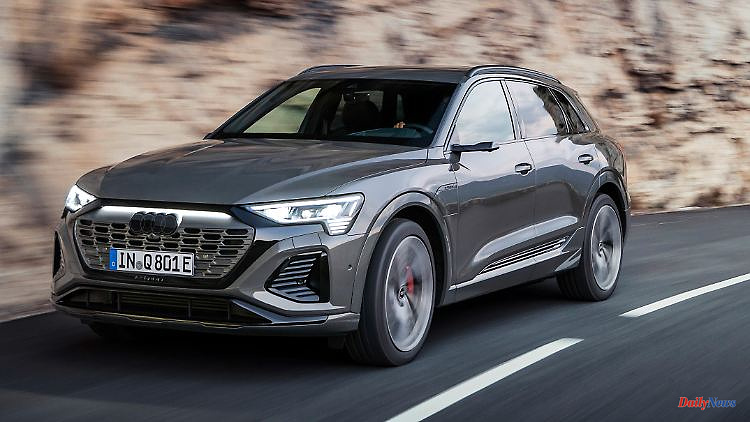 E-Tron alone is no longer enough: Audi's first electric SUV is getting a facelift. For the model update, it not only gets more range, but also a new name. And a new - significantly higher - price. It should be available from the beginning of next year.

Four years ago, an SUV in the typical form of successful Audi high-legged friends prepared to lure customers away from the upstart Tesla. Like the Mercedes EQC or the Jaguar i-Pace, the Audi E-Tron was presented for the first time in 2018 and hit the streets the following year. Finally the Europeans woke up, after years of pronouncing they could finally deliver.

A good 150,000 of the Stromer, which cost at least 70,000 euros, are now on the road and Audi now thinks the time has come to launch a major update. The model designation was also changed. If the current E-Tron was lost in the Audi world of numbers between the A1 and A8 and their Q variants, it now makes a clear statement: the Q8 E-Tron is on the rear and B-pillar. The top model with an electric motor is only a few centimeters shorter than its combustion engine counterpart, but is in no way inferior to it with its powerful, elegant appearance. A luxury SUV for a new era.

Of course, the fitness cure is primarily about eliminating recognized weak points. Since the E-Ttron's range and charging speed only deserve the rating "average", that's exactly where the engineers started. The 71 kWh battery of the previous entry-level model, which was too small, was dropped from the range. The 95 kWh battery is now standard.

Thanks to fine-tuning of the aerodynamics and engine electronics, the Q8 E-Tron now has a range of 491 kilometers, 54 kilometers more than before. The Sportback with a sloping rear even breaks the 500-kilometer mark. However, all values ​​were determined according to the WLTP standard, which is known to be difficult to achieve in normal everyday traffic. So it still depends on the driver's more or less sensitive gas foot.

This also applies to the new top models. With its 114 kWh battery, you can draw on unlimited resources and travel up to 582 kilometers (Sportback up to 600 kilometers). The new electric Lord of the Rings is the SQ8 E-Ttron, which comes with three electric motors, one at the front and one for each wheel on the rear axle. Its 370 kW/504 hp are almost at the level of the SQ8 TFSI combustion engine model of the same name with a 4-liter eight-cylinder (373 kW/507 hp). When it comes to pulling power, the Stromer shows the rear of its classic sister. 973 Newton meters against 770 for the petrol engine. To ask? The four-wheel drive vehicles with the large power storage can now also dock at fast-charging stations that deliver 170 kW. As before, the basic model has 150 kW.

The look of the Q8 E-Tron has been modernized rather discreetly. The most striking are the new Audi rings, which now reveal the origin in two dimensions at the top of the chrome-plated grille. Underneath are automatically closing radiator shutters, which direct the annoying air flow at the front around the car better than before. Small spoilers on the underbody ensure less turbulence in the area of ​​the wheels, also a tribute to the aerodynamics. In this way, the important value for air resistance in the Sportback was reduced by two tenths to 0.24. It doesn't sound like much, but for a car of this size it's a world of its own.

Of course, expectations are high for a car in this price range. The Q8 E-Tron always has air suspension. Like all luxury-class Audis, two high-resolution displays provide the necessary information and functions. Almost all conventional switches and controls became redundant. There are also around 40 assistance systems with up to five radar sensors, as many cameras and twelve ultrasonic sensors. The parking assistant is new, with which the car can be maneuvered into tight parking spaces without a driver via an app. The technicians could not turn off one point of criticism. The two small monitors, which use a camera image to view what is happening behind the car instead of a classic mirror, are still in an unfavorable position for the driver's viewing angle. So it still takes a long time to get used to it.

Audi is not yet talking about the details of the price list, which is sure to be long again, but it is certain that the basic model will cost 74,400 euros and thus a good 5000 euros more than the previous basic E-Tron. The sporty SQ8 will probably come close to the 100,000 euro mark. The first new models should be delivered at the end of February.

1 Baden-Württemberg: Eurojackpot: Four tippers from... 2 Hesse: Tubutis will be missing from Frankfurt's... 3 Mecklenburg-Western Pomerania: Stralsund shipyard:... 4 Mecklenburg-Western Pomerania: State parliament continues... 5 North Rhine-Westphalia: clarification of abuse: diocese... 6 Thuringia: Lantern processions and devotions to Martin's... 7 Baden-Württemberg: Fiber optics dispute: Strobl has... 8 Interview with Markus Reisner: "The Ukrainians... 9 Test yourself in the quiz: Do you understand the gas... 10 Gifts via Amazon?: How to hide an order in a shared... 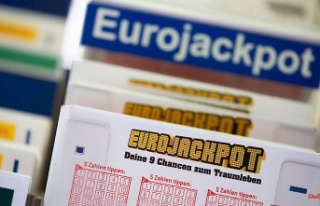