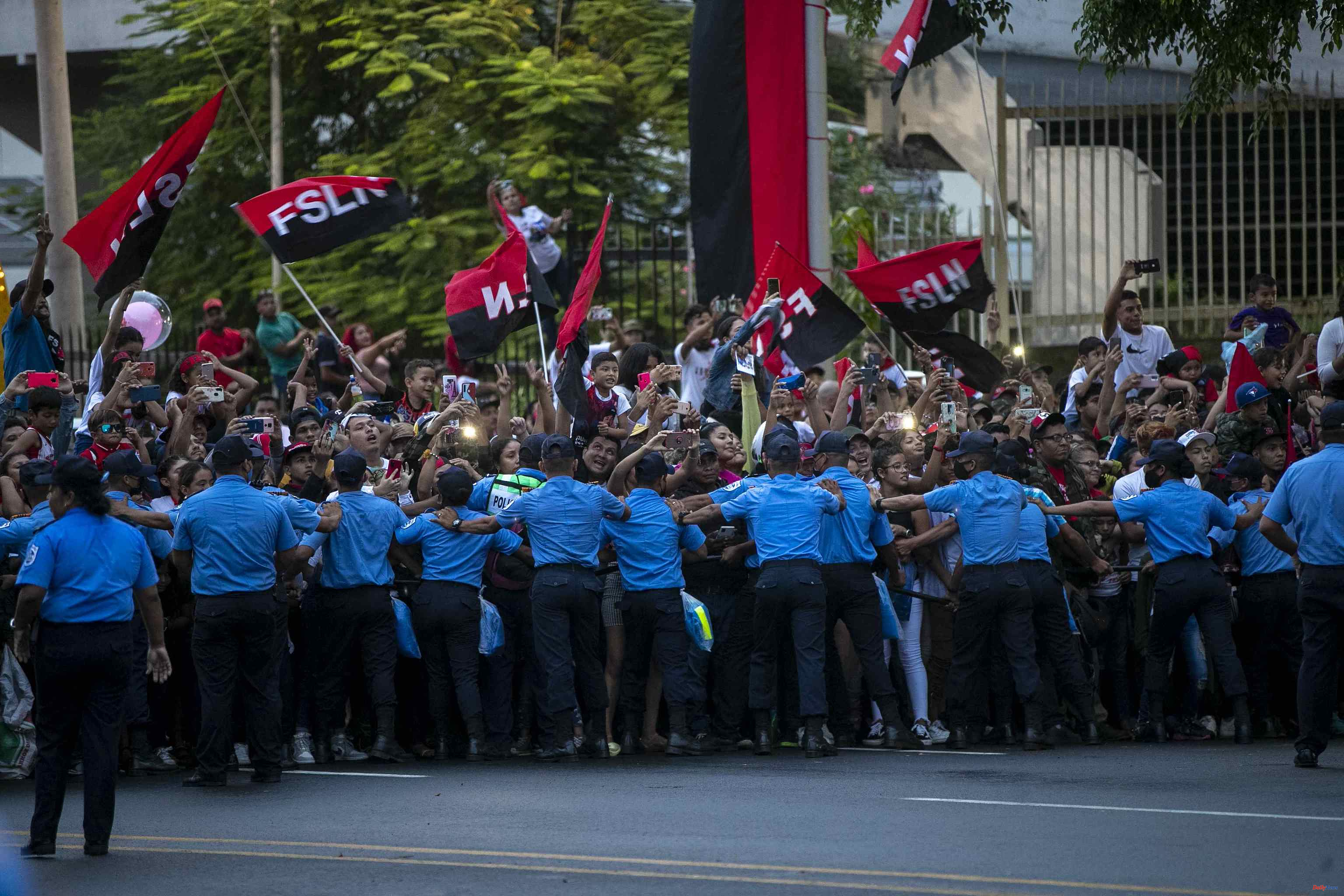 "What dialogue can there be with the devil? Dialogues are to put the rope around one's neck or to put the rope on oneself." Daniel Ortega has used the 43rd anniversary of the victory of the Sandinista revolution over Anastasio Somoza to air the status of his secret talks with Washington, which, for the moment, do not seem to suit his interests. A dictatorship commemorating the end of another.

The revolutionary leader and his wife, co-president Rosario Murillo, have shared the roles of the main protagonists of the central event of Sandinismo, so lackluster that it has not even attracted, on this occasion, its main allies, the Venezuelan Nicolás Maduro and the Cuban Miguel Diaz-Canel. Yes, minor leaders of the two Caribbean countries have attended and, also, envoys from their international allies, Russia and China.

Between old songs that never ended, rancid harangues, without a town and with an enormous deployment of its repressive agents. "Here there is no feeling in those people (USA). They are not prepared to seek understanding, they are prepared to impose, occupy, bomb, assassinate as they have done throughout history," Ortega rejoiced during his speech , which has approached 50 minutes.

And, all this, when the true commanders of the feat of the last century are in jail, like Dora María Téllez, the historic commander two, and Víctor Hugo Tinoco, or have died behind bars, like Hugo Torres, commander one. The dissident Sandinistas have been replaced by former presidents who have fled from El Salvador, such as Mauricio Funes and Salvador Sánchez Cerén, persecuted for corruption and already nationalized Nicaraguans, and by the deputy foreign minister of the new Honduran government of the leftist Xiomara Castro, who, in this way, He sends a wink of friendship to his neighbor.

"Central America is on its knees before the Nicaraguan dictatorship," repeated diplomat Arturo McFields, dismissed as ambassador to the OAS after criticizing the Managua government.

Once the opposition was dismantled, its leaders imprisoned and its leaders persecuted or in exile, the repressive apparatus has focused on the NGOs, more than a thousand of which have been closed to date. And not only human rights or feminist groups, even the Academy of Language and Teresa of Calcutta's missionaries make the Ortega dynasty uncomfortable.

Ortega has insisted on his disqualifications of the Catholic Church, which has become one of the leaders in the fight against the regime. And not only because of the nuns expelled as if they were terrorists, but also because of a good part of the clergy and ordinary priests, constantly harassed. "The Spaniards came here and there was indigenous resistance, many caciques fell who came as good hypocrites with the cross and with the sword and who told our ancestors either they submit or we apply the sword to them. They exterminated millions of human beings in this way ", the caudillo recalled.

In full exaltation of Ortega, his son Juan Carlos, at the head of the family clan that manages the tentacles of the State, has not hesitated to sign a phrase for the small history of Sandinista power: "Sandino is embodied in Daniel." What for most is a revolutionary heresy has become a creed for those closest to us.

Whoever does not believe the alleged progress reported by the former guerrilla is former ambassador McFields, whose voice was raised loudly this Wednesday to list the "recent achievements" of the revolution: "the murder of 355 women, men and children (during the protests since 2018), the expulsion of 18 nuns, the imprisonment of two priests, the closure of a thousand NGOs and the arrest of the true revolutionaries".

1 Courts The Supreme Court annuls an acquittal of ETA... 2 Television Netflix will introduce the subscription... 3 Senate Montero accuses the PP of delaying the "yes... 4 In Italy, Mario Draghi obtains the confidence of the... 5 Brussels proposes to reduce gas demand by 15% by limiting... 6 Sri Lanka has a new president: Ranil Wickremesinga,... 7 In Tunisia, Rached Ghannouchi emerges free from his... 8 The mystery of the death of 21 young people, found... 9 Purchasing power: MEPs vote to increase pensions and... 10 Presidency of the LR party: Aurélien Pradié, François-Xavier... 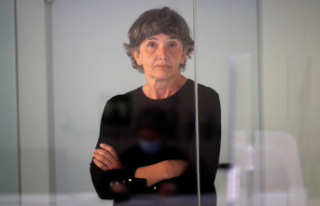 Courts The Supreme Court annuls an acquittal of ETA...