No all-clear on inflation: Interest rate expectations are weighing on Wall Street

Market traders are speculating that the Fed will raise interest rates again in the fall. 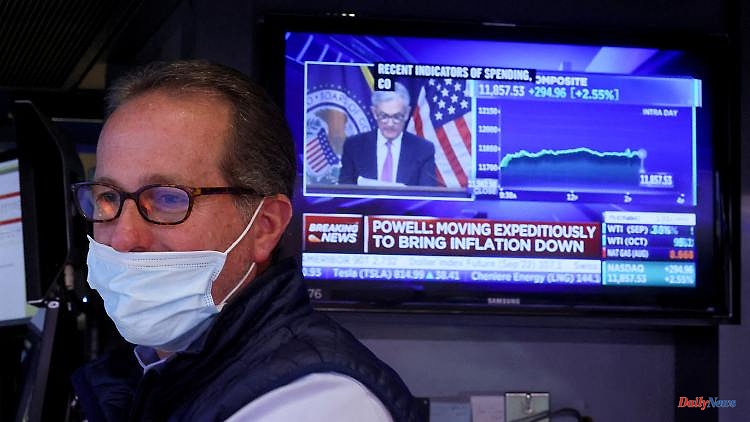 Market traders are speculating that the Fed will raise interest rates again in the fall. This slows down the New York stock exchanges. The rising wage pressure is also reflected in prices. An Uber rival can surprise.

The prospect of further XXL rate hikes by the Fed is affecting the US stock markets. The US standard value index Dow Jones closed almost unchanged with a small plus of 0.2 percent at 32,803.47 points. The tech-heavy Nasdaq fell 0.5 percent to 12,657.56 and the broad-based S

US companies added 528,000 nonfarm payrolls in July, more than twice as many as expected. In addition, hourly wages rose surprisingly sharply with an increase of 0.5 percent. "These are killer numbers," said Dean Smith, chief investment strategist at fund provider FolioBeyond. "People really wanted to give the all-clear on inflation, but we're not there yet." Inflation is even increasing. He therefore expects the Fed to raise interest rates for the third time in a row by 0.75 percentage points in September.

Against this background, investors threw US government bonds out of their depots and drove the yield on ten-year bonds to 2.875 percent. The German counterparts could not escape this trend and also returned higher at 1.7 percent. US data gave the dollar an extra boost. The dollar index, which tracks the rate against major currencies, rose 0.8 percent to 106.53 points.

Lyft was one of the favorites on the US stock market with a price increase of 16.6 percent. The ride-hailing service provider posted adjusted operating profit of $79.1 million in the quarter just ended, roughly four-fold exceeding market expectations. In addition, the Uber rival announced operating income of one billion dollars for 2024. In addition, fears of a loss of market share for Lyft have not come true, wrote analyst Jake Fuller from brokerage house BTIG.

DoorDash titles were also in demand, increasing in price by a good one percent over the course of the day. The mother of the food supplier "Wolt" active in Germany made a surprisingly high turnover of 426 million dollars in the past quarter. It then raised its forecast for 2022 order volume to 51-53 from $49-51 billion. The coming year will be more difficult because of the likely growing competition, analyst Ali Mogharabi from the research house Morningstar considered.

The papers from AMC initially went down. At times they lost almost twelve percent. The cinema chain made a surprisingly high loss of $0.24 per share. However, sales increased more than expected to 1.16 billion dollars. In parallel, AMC plans to pay its owners a special dividend in the form of preferred stock at a one-for-one ratio. In the slipstream of the rally in other so-called "meme" stocks, AMC stocks turned positive and gained 18.9 percent. Stock marketers understand "meme" values ​​to mean companies in which small investors encourage each other to buy in relevant Internet forums.

Among other things, Beyond Meat, a supplier of meat substitute products, is particularly popular with this group. Its shares rose by 21.9 percent. The titles of AMC rival Cinemark lost 13.4 percent. The company slipped into the red despite a surprisingly sharp increase in sales to $744.1 million. The minus amounted to 0.61 dollars per share.

You can read about how trading went on the Frankfurt floor in our stock market day. 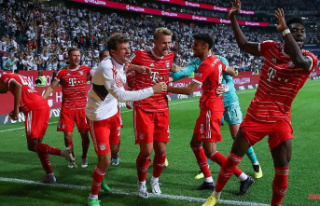 Bayern spectacle in a quick check: who was this Robert...