"No signs of recovery": Material shortages have a firm grip on most of the industry

First the corona pandemic, then the Ukraine war: The international crises have a lasting impact on supply chains and production. 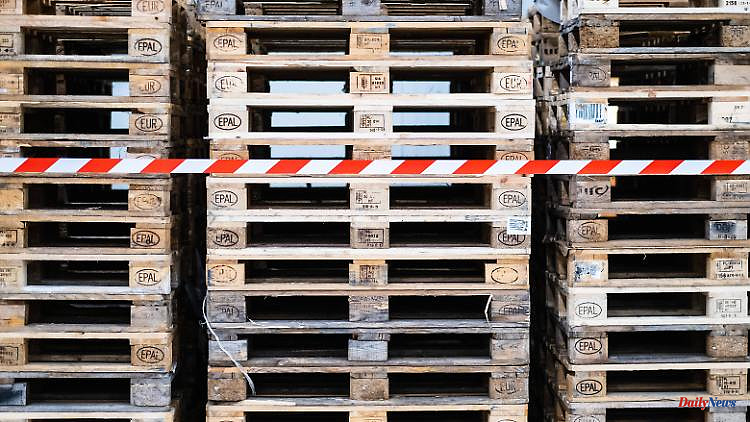 First the corona pandemic, then the Ukraine war: The international crises have a lasting impact on supply chains and production. German industry lacks material. Mainly in the core industries are affected.

According to the survey, the lack of material remains a major problem for Germany's industrial companies: almost three quarters (73.3 percent) of the companies reported shortages of raw materials and intermediate products in July, as reported by the Ifo Institute in Munich. In June it was 74.1 percent. "In addition to the fundamental shortage of electronic components, problems in global logistics, especially in shipping, continue to contribute to the procurement problems," explained Klaus Wohlrabe, head of the Ifo surveys.

The situation is therefore still critical, especially in the core sectors of German industry: in the electrical industry, mechanical engineering and the automotive industry, around 90 percent of companies reported that they were not getting all the materials and preliminary products. "There are no signs of a significant recovery in the procurement of important materials for the next few months," said Wohlrabe.

According to an Ifo survey among beverage manufacturers, the situation has deteriorated significantly: 70.5 percent of companies were affected in July, after 47.9 percent in June. On the other hand, the situation in the clothing industry has eased. Here, 64.1 percent still reported bottlenecks, after 81.7 percent in June. Metal production and processing reported the smallest share at 30.5 percent.

Like industry, the construction sector shares a similar fate. According to an Ifo survey, an unusually large number of projects are currently being cancelled. The proportion of companies affected in June was 11.5 percent in building construction and 9.0 percent in civil engineering. The magnitude is comparable to the corona shock in spring 2020. On average, the order books are still “full”, explained Ifo researcher Felix Leiss. But there is a lack of material in many places: 47.1 percent of building construction companies reported delivery bottlenecks in June, in civil engineering it was 39.7 percent.

1 "Without gas, shelves remain empty": breweries... 2 The lessons of the European Championship in England:... 3 Transfer cracker in Formula 1: Aston Martin spectacularly... 4 The weather week in a quick check: heat wave in August... 5 Secret wedding ?: Lena is said to have said yes again 6 Moon could disturb Perseids: Saturn is particularly... 7 "It used to be hot too": Why weather memories... 8 Saxony: Unknown drive in a lightning burglary jewelry... 9 Saxony: Left: Children and young people advertise... 10 Hesse: Two dead in an accident on a federal road 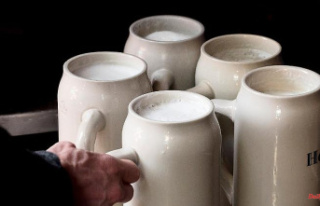