Nord Stream 1 shut down: How much does the gas stop hurt Russia? 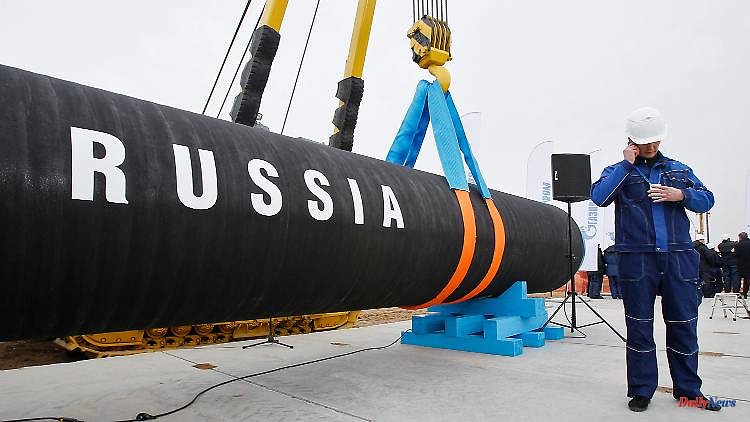 Russia cuts the gas supply to Germany. An energy war is now raging in Europe. Germany is preparing for further increases in prices and bottlenecks. But Russia also earns billions from gas - will that be its undoing?

The time has come, Russia is turning off the gas tap for Germany. Russia's state-owned company Gazprom recently stopped the already severely restricted gas deliveries via Nord Stream 1 - with reference to technical problems that allegedly cannot be solved due to the sanctions. According to the Kremlin, gas supplies would only be resumed when "the collective West" lifts sanctions imposed on Russia. Now Moscow is doing what some had asked of Germany at the beginning of the war: stopping the flow of gas from east to west. But isn't Russia also doing massive damage to itself?

Europe is in an energy war with Russia, there's no denying it anymore. And this is by all appearances not a spontaneous decision by Moscow, but planned well in advance. Five months before the invasion, the International Energy Agency (IEA) was already warning of noticeably low storage levels in Europe and a decline in gas flow from Russia.

Since the attack on Ukraine began on February 24, this trend has continued: during the first seven months of 2022, Russia delivered 40 percent less gas through pipelines to Europe compared to the same period in 2021. And it was almost 50 percent less than in the years 2017 to 2021. In mid-July, less gas was even pumped into the European Union and Great Britain than at any time in 40 years. Previously, Russia had met about a third of Europe's pipeline gas needs.

Germany, which is actually the largest importer of Russian gas after China, is badly affected by the development. Before the crisis, up to 55 percent of German gas imports and 14 percent of all energy imports came from Russia. At the end of July, Russia had already significantly reduced delivery by Nord Stream 1 to Germany, citing a defective turbine. Now the tap is completely closed. Germany is preparing for a hard winter. Gas prices are rising, supply bottlenecks are imminent. The problem: Gas is considered to be comparatively more difficult to replace than coal and oil.

Conversely, Russia is also heavily dependent on its exports of fossil fuels and petroleum products: The share of the oil and gas industry in gross domestic product rose to almost 22 percent in the first quarter of the year from an average of around 17 percent in the previous year. Tax revenue and export duties from the oil and gas business account for around 40 percent of the national budget.

But pipeline gas to Europe accounts for a comparatively small part of Russia's export earnings. Last year, the share was about a tenth of export earnings, according to figures from the Central Bank of Russia reported by Reuters. On the other hand, Russia makes a lot of money with the export of crude oil and crude oil products. These brought in three times as much as pipeline gas in 2021. At $180 billion, oil accounted for a third of all export earnings.

Still, shouldn't Russia be hurt by the loss of even part of the revenue from the pipeline gas business? After all, these amounted to a total of around 54 billion dollars last year. However, high energy prices are changing this calculation colossally this year. Due to the sharp rise in prices, Russia already earned around 158 billion euros from exports of fossil fuels in the first six months of the war against Ukraine, the Finland-based research organization Center for Research on Energy and Clean Air (CREA) wrote in a published on Tuesday Report.

The head of the International Energy Agency (IEA), Fatih Birol, had already pointed out this favorable development for Russia in mid-July: "Russia has already exploited the current energy crisis to collect enormous additional sums of money." At the time, Birol warned that Russia could therefore forfeit the income from the gas pipelines in order to exchange them for political leverage. As is apparently happening now.

How long can this go well for Russia? So far nobody knows for sure. In any case, Germany is aiming to largely do without Russian gas in the future. By the summer of 2024, its share of gas imports should fall to ten percent. By the end of June, this was only 26 percent.

It is also a fact that it will not be easy for Russia to sell its gas to other customers in the future. Because the majority of the raw material has so far been exported to Europe via pipelines, only a small proportion is shipped via liquid gas terminals. There is the "Power of Siberia 1" pipeline from Russia to China, but it is only connected to smaller gas fields in eastern Russia. In order to connect China to the huge Yamal gas fields in north-western Siberia, from which Europe is supplied, it would need its own pipeline, which does not currently exist.

It could also be uncomfortable for Russia for another reason. So far, the country has been able to afford the gas stop to Germany, mainly because of the still bubbling oil revenues. But the G7 countries are planning an international price cap for Russian oil. In essence, the aim is to force Russia to sell the fuel to large buyers such as India at a significantly lower price in the future. As a result, Russia could no longer benefit from price increases. Financing the war would become more difficult - and gas as an energy weapon would then also threaten to become more expensive.

1 Energy supply in Germany: is the fear of a blackout... 2 Chelsea changes strategy: why Tuchel's expulsion... 3 Dortmund against Copenhagen: riots of all things at... 4 "I am uncompromising": Iris Berben has no... 5 Star nursery: "James Webb" telescope shows... 6 Bavaria: Olympic dressage champion returns after a... 7 Baden-Württemberg: KSC is testing against Swiss first... 8 Thuringia: Fretterode process: Defense only wants... 9 North Rhine-Westphalia: Bielefeld wants to continue... 10 Saxony: train of the Erzgebirge railway recorded car:... 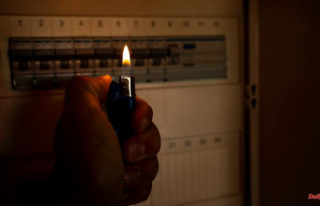 Energy supply in Germany: is the fear of a blackout...