How can the burdens of higher prices be offset without fueling inflation further? Employees, employers, politicians and economists have very different ideas about this. 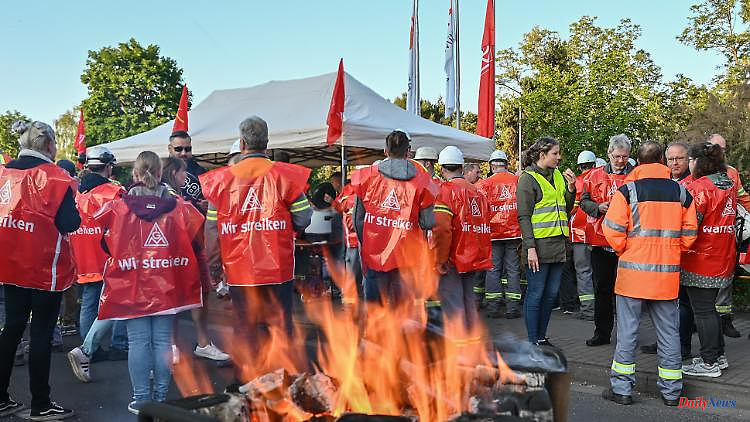 How can the burdens of higher prices be offset without fueling inflation further? Employees, employers, politicians and economists have very different ideas about this. Chancellor Scholz wants to help find compromises next week.

Before the start of Chancellor Olaf Scholz's "Concerted Action", economists and politicians called for permanently higher wages with employers and unions. "Only higher wages and social benefits can compensate for the damage to people with medium and low incomes in the long term," said Marcel Fratzscher, President of the German Institute for Economic Research (DIW), the German Press Agency in Berlin. SPD leader Saskia Esken warned against limiting the "concerted action" to one-off payments to employees. The "economy" Veronika Grimm told the dpa: "The idea of ​​one-off payments can also backfire."

Business representatives called on the state to provide relief for companies. The start of the campaign with the federal government, trade unions and employers is on Monday in the Chancellery. The reason for this is the sharp increase in consumer prices. A government spokesman had said that it would not yet be a matter of agreeing on concrete steps. A process should be initiated. The aim is to prevent or mitigate real income losses and at the same time to prevent the risk of a "price spiral". A whole bundle of measures is being discussed. One-off payments could be a factor, but by no means the only one.

A week ago, plans from the Chancellery for tax-free one-off payments became known. In return, trade unions could waive part of the wage increases in collective bargaining rounds in order not to further fuel inflation, it said. After that, however, criticism rained down, including from the trade unions.

SPD boss Esken told the newspapers of the Funke media group: "One-off payments and temporary relief measures help in the short term, but are not a long-term solution." Energy prices in particular would remain high. "As a welfare state, we must therefore adjust benefits to rising inflation." In addition, wages on the labor market, especially in the low-wage sector, would have to “rise significantly and permanently”.

In principle, the "concerted action" is good for enabling close coordination between politicians, employers and employees, said Fratzscher. However, it will fail if its primary goal is to urge employees to cut wages even further. The wage-price spiral is a "false myth". The general wage development this year is rather too weak than too strong. "The more purchasing power shrinks, the greater the damage to the economy." Lower purchasing power among people with middle and low incomes leads to a decline in consumption and thus to fewer sales and jobs in many companies.

"One-time payments are not accurate, since many do not benefit from them," said Fratzscher. One-off payments could only be a temporary, but not a permanent relief for permanently higher energy and food prices. "The economically and socially best way to deal with inflation is - in addition to higher wages and income - tax relief and higher social benefits for people with middle and low incomes," said Fratzscher. He also called on employers to strengthen collective agreements. The federal government should decide on a package of future investments. The debt brake should also be suspended in 2023 - the federal government wants to comply with it again.

The "economic wise" Grimm said that if one foregoes wage increases for one-off payments, they would have to be very high. "Of course, that could immediately fuel demand and thus inflation again. If you make them tax-free, it seems more like a way of pushing the collective bargaining parties in this direction." However, it thwarts the goal of using state measures to help the lower income groups in particular. Forgoing tax revenue would be state support, which would then benefit higher earners to a greater extent. "Especially among people on basic security and among lower and part of the middle income groups, there is a need to cushion the hardships resulting from the current developments in a targeted manner," said Grimm.

The President of the Association of German Chambers of Industry and Commerce, Peter Adrian, said monetary policy and wage developments are very important aspects when dealing with inflation. "In the current price spiral, however, other important influencing factors are also important." Inflation is fed in particular by cost increases in energy, raw materials and other bottlenecks in international supply chains.

"We must therefore primarily address measures that expand these bottlenecks on the supply side." This also included faster approval procedures and easier switching to new technologies or suppliers, for example. Adrian continued: "In view of the price explosion, every extra government burden and superfluous regulation that can be eliminated is a helpful relief."

1 Extremely important for the EM team: Phantom Prince... 2 Tennis fairy tale by Jule Niemeier: The German power... 3 Cabu opened Cabu's eyes to the Vel' d'Hiv... 4 26 percent protection: Deutsche Börse with a twelve... 5 Athletics. Wilfried Happio was reportedly accused... 6 UK inflation increases at the fastest pace in 40 years,... 7 Boris Johnson: What are his threats to his job now? 8 Northern Ireland Protocol: Fact-checking claims regarding... 9 "As a black woman working in STEM, I am used... 10 After Supreme Court decision: New York wants to enshrine... 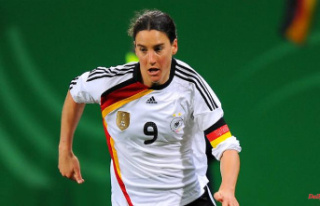