Not much in common with the original: Singer - the screwdrivers that make Porsches better

For Porsche purists, Rob Dickinson, who named his company after legendary racing engineer Norbert Singer, is a sinner. 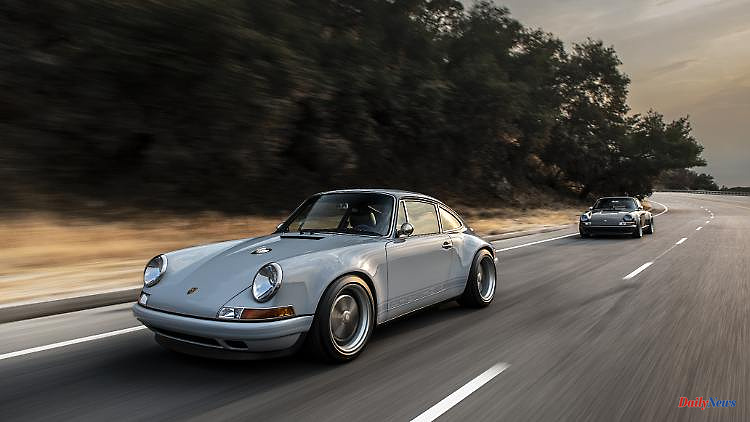 For Porsche purists, Rob Dickinson, who named his company after legendary racing engineer Norbert Singer, is a sinner. But his success is not only proven by the absurdly high prices he achieves for his "new interpretations". He has also risen to fame and glory and inspired many imitators.

This is an image that you rarely see, even in Zuffenhausen. In the large, spotlessly clean workshop a stone's throw from Los Angeles Airport there are probably two dozen Porsche 911s that have been stripped down to the basic body, and in the hall next door there are twice as many vehicles that are slowly being assembled back into one car step by step will. And in between are carbon parts, brand-new brakes and chassis, sound systems and wiring harnesses, while somewhere saddlers cut the leather and seamstresses cleverly add decorative stitches.

For some from the Porsche warehouse, this is heaven on earth, because there are more 911s here than you see in the factory on some days and because in the end the cars not only look better than they did when they came off the assembly line in Stuttgart, but also drive better. And for the other, oh-so-loyal 911 enthusiasts, this workshop is hell because they build Frankenstein vehicles here that have little in common with the original other than the basic shape, the drive layout and the idea of ​​fast driving. Welcome to Singer, who is now probably not only the best-known Porsche mechanic in the world, but also one of the most controversial.

Company boss Rob Dickinson, who came to Los Angeles from London and not only named his company after the legendary racing engineer Norbert Singer, but because he also gave up a - well - rather mediocre career as a rock musician for it, of course knows these discussions well enough . And really doesn't want to do it anymore. That's why he doesn't even try to sell his car as an original or at least as a replica that is true to the original. He immediately writes on the boot lid or in the cockpit what drove him to work on the classic: "Reimagined" is therefore under his Singer signature - "reimagined".

Original or copy, plagiarized or inspired? He just wants to build a car that looks and drives great. "And you just can't get past the Porsche 911," he says of the sports car, which he reverently calls the "masterpiece". He pays very little attention to authenticity and sees himself in the tradition of Porsche engineers: "Whatever makes you fast is allowed," he summarizes the common motto and therefore celebrates his interpretation of the 911 as the condensate of everything that makes a Porsche 911 accounts for.

"We take the best components from the entire model history and, where necessary, have even further developed them," says Dickinson, who chose the 964 as the basis because it was built often, but was little loved for many years and was therefore cheap was to have. And because it was the 911 in the almost eternal 911 history that he grew up with as a young driver and that became a cheap used car when he founded his company.

What began almost 15 years ago in a backyard workshop in Sun Valley is now an industrial-scale venture. Having grown again and again and ultimately distributed over seven locations, company boss Dickinson therefore got down to business in the spring and opened the new factory in Torrance, where his 200 employees can now handle the entire process under one roof. They only do the dismantling somewhere else because they want to leave the dirt out of their brave new world.

So a partner on the outskirts of the city dismantles the 964 that Singer buys, disposes of, recycles, sells or keeps around 1,500 parts that are suddenly superfluous all over the country. Around 500 parts remain, from the floor assembly to the basic engine, which go to Torrance in large boxes, where they are turned into what is perhaps the best Porsche that was never built in Zuffenhausen in up to 4,000 hours of manual work.

The body in the style of the original model is made of carbon according to its own design, the frame is largely new and thoroughly reinforced, there are modern electronics including powerful automatic climate control and a hidden infotainment system, even if it is based on the legendary models pulls out the rear spoiler he designed himself with the duck tail, underneath you can see a spotlessly polished boxer that the racing engine specialist Cosworth in England freshened up within six months: 6 cylinders, 3.8 liter displacement, many components from Porsche racing engines and the valves from the 993 RS - that's enough for sensational sawing even when idling, for speed orgies of well over 10,000 rpm and above all for 350 hp.

If you then add a racing chassis and consider that the reinterpretation with all the carbon fuss is about 200 kilos lighter than the original, then you know why Dickinson's customers like to make the circuit their second home.

If that's not enough, for a few years now, displacement has been increased to four liters, with which almost 400 hp are possible and sprint values ​​of little more than three seconds. And with the huge horns on the cylinders, the engine looks even better too.

A look at the performance shows how well business is going. Not only that Singer currently hardly delivers a new car with less than seven digits on the price tag. Even the used ones are through the roof: The test car from the Park City Commission, which was sold three years ago for $600,000 and now has many thousands more miles on the odometer, should easily go for $1.2 million after the factory inspection , estimates service boss Jay Goddard.

But the money is well spent. Not only does the car look wonderful, from the streamlined cover of the central tank to the intake funnels on the engine to the leather-woven mats on the door panels, with its subtly modernized carbon body and the lovingly detailed modernized and refined interior. He also drives to your knees - analogue, anarchic and aggressive, just like an old Porsche has to drive. And yet as tame as even spoiled Americans would expect from a modern Porsche, including the added safety of all-wheel drive and carbon brakes. Well, at least in this car there is no way around the manual transmission.

In almost 15 years, Singer has not only achieved fame and glory with such cars and has such a high status in the scene that customers willingly wait three years for their car, because after all only four are made every month. He has also inspired many imitators: "Some are to our liking and some are not," says Dickinson about companies like those of self-marketers Magnus Walker or Everrati, who also screw an electric motor into the car.

"While we've shown customers how old cars can be made much better without distorting their character, we've shown our competitors how old car sales can be taken to new heights, and it seems that a lot of people are upset about it flavored it," says Goddard.

This depends crucially on the choice of the basic model and works better with a Porsche than with a Dodge Charger or a Golf GTI. And it's not that easy at Porsche either. Even if the 964 is a grateful donor because so many of them were built between 1989 and 1994, Singer now has to look longer and dig deeper into their pockets: "Where we used to get donor cars for $25,000 or $30,000, we pay twice that today and more," says Goddard. But with final prices in excess of a million, it shouldn't matter anymore.

Nevertheless, Dickinson wants to push the game a little further, "because we don't run out of ideas anytime soon." Having just presented the turbo and thus ventured into the supercharged engine for the first time, he still has at least two new 911 projects on his mind that will keep him busy for the next three or four years.

But then it could be time for the next step, says Dickinson, indicating a drastic change in the portfolio. Will he take on another Porsche series or try another brand straight away? "Both conceivable possibilities," says the company boss with a smug grin, only to point out a third variant: maybe it's time for a very own car. Because after 20 years and certainly more than 1000 new interpretations of the 911, the name Singer should then be strong enough that it can stand without Porsche. 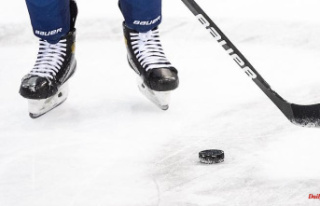