A perspective is also opening up for the last location of the insolvent MV Werften. 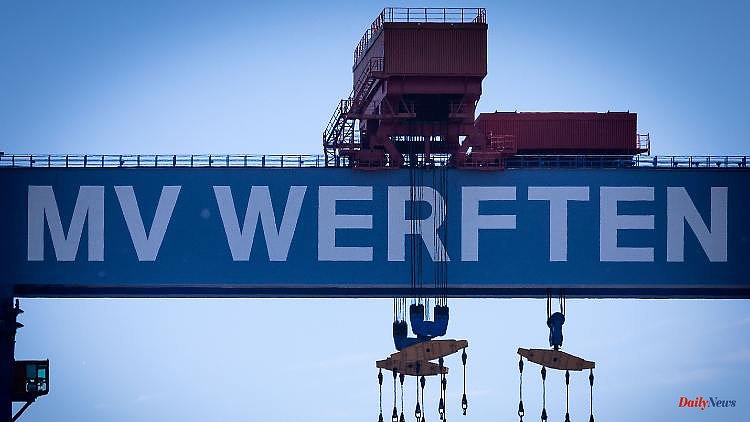 A perspective is also opening up for the last location of the insolvent MV Werften. The Bundeswehr takes over the area in Rostock. The deal should be finalized by the end of next week.

The federal government has been awarded the contract to purchase the shipyard in Rostock-Warnemünde. The naval arsenal of the Bundeswehr is to be located there, which is responsible for the maintenance of the ships of the German Navy. In the relatively short term, 500 jobs would be secured or created there, said the insolvency administrator of MV Werften, Christoph Morgen, in Warnemünde. The transfer company will last until October. Now only the final negotiations with the federal government are still pending. In addition, the parliamentary reservation applies. Morgen did not give any details, for example about the selling price. He expects to graduate by the end of next week.

The State Secretary in the Defense Ministry, Margaretha Sudhof, emphasized the Bundeswehr's sustained interest in the location. "The Bundeswehr is not a locust now." But there must also be a commitment from the state and city. In the end, it's about the operational capability of the German Navy. The concept of the location must be presented in a plausible way, otherwise there would be no approval for it. "There's still a long way to go," said Sudhof. She did not name a possible date for the start of work for the naval arsenal.

Mecklenburg-West Pomerania's Economics Minister Reinhard Meyer welcomed the decision of the insolvency administrator. "The award creates a long-term perspective for the local people that secures work." The international security situation means a growing need for scheduled maintenance and unscheduled repairs in the Navy.

Along with Wismar and Stralsund, the Warnemünde shipyard previously belonged to the MV Werften Group, which has been insolvent since mid-January. It employed a total of around 2000 people. At the beginning of June, the submarine builder Thyssenkrupp Marine Systems (TKMS) in Kiel bought the Wismar shipyard and plans to build military ships there from 2024. Depending on the size of the orders, this would secure between 800 and 1,500 jobs. The shipyard in Stralsund was bought by the city to develop a maritime business park.

In the dock of the Warnemünde shipyard, the cruise ship "Global 2" is still under construction. According to the information, more than 17,000 tons of steel have already been installed. What will happen to it is not yet clear. "We still have a lot of clean-up work ahead of us here," said Morgen. The concept envisages that the site will be completely cleaned up in six months at the latest.

1 Absurd problem at the CHIO: The "watch war"... 2 Katja Husen was 46 years old: Green politician dies... 3 Monsoon rain probably cause: at least 19 dead in house... 4 Probably no fault of their own: Eight-year-old Joe... 5 "Put a gun in my mouth": Machine Gun Kelly... 6 "Boris, we love you": McEnroe sends a greeting... 7 Baden-Württemberg: 14 people slightly injured in... 8 Bavaria: Holetschek against increasing the additional... 9 Mecklenburg-Western Pomerania: 350,000 euros for humanitarian... 10 Baden-Württemberg: After agreement on Benin bronzes:... 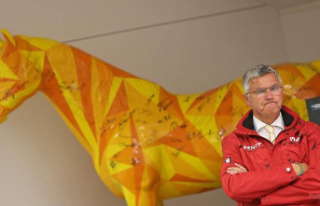 Absurd problem at the CHIO: The "watch war"...