Plus of 8 percent: Second Corona year fills the coffers of the rich

A new calculation shows how much wealthy people are benefiting from the stock market and economic recovery after the first corona shock. 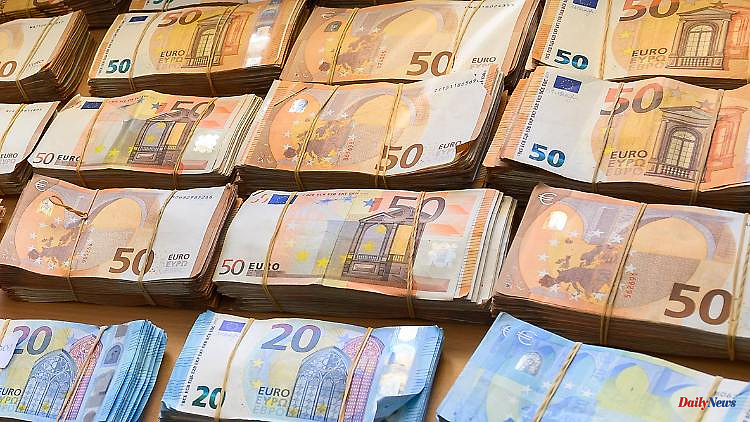 A new calculation shows how much wealthy people are benefiting from the stock market and economic recovery after the first corona shock. On the other hand, given the current inflation and interest rate hikes, the outlook is not all that rosy.

The world's wealthy have benefited over the past year from rising stock prices and the economic recovery following the 2020 Corona crisis. According to calculations by the consulting firm Capgemini, their assets rose by 8 percent year-on-year to a record total of 86 trillion US dollars (around 82 trillion euros). At the same time, the club of dollar millionaires grew, including in Germany, which is one of the three countries with the most wealth.

"However, our forecast for 2022 is much more cautious," said Capgemini expert Klaus-Georg Meyer with a view to the overall development. Interest rate increases by the central banks in the fight against high inflation weigh on the mood on the stock markets and depress stock prices. Capgemini estimates that the wealth of people with investable assets of at least $1 million shrank by about 4 percent globally from the end of last year to the end of April 2022. According to calculations, the club of dollar millionaires worldwide grew again strongly by 7.8 percent to 22.5 million members last year.

In Germany, almost 100,000 people or 6.4 percent were added. According to this, a total of 1.63 million members were counted in this country. "Things are steadily improving when we review the past few years," said Meyer. According to the calculations, the total wealth of dollar millionaires in Germany rose by 7.4 percent to around 6.3 trillion dollars (around 6 trillion euros). In addition to increased share prices, a higher savings rate and the real estate boom also contributed to this.

For comparison: According to figures from the Bundesbank, the financial assets of private households in Germany totaled around 7.61 trillion euros at the end of 2021. Cash and bank deposits, securities such as stocks and funds, and claims against insurance companies are taken into account, but not real estate.

According to Capgemini, Germany is still one of the countries with the most dollar millionaires. The USA leads the way (7.46 million), followed by Japan (3.65 million). China follows Germany in fourth place with 1.54 million wealthy individuals. "It's a matter of time before China will overtake Germany," Meyer suspects. Overall, 63.6 percent of all dollar millionaires worldwide are concentrated in these four countries.

Stefan Körzell, board member of the German Trade Union Confederation, demanded: "The federal government must finally take countermeasures and introduce a fair tax policy so that the rich and super-rich can finally contribute more to the community." In order not to endanger the social cohesion of society, "strong shoulders clearly have to carry more". Körzell spoke out in favor of reintroducing the wealth tax and fundamentally revising the inheritance tax.

Around the world, the strongest growth reported last year was among the super-rich, who have at least $30 million in investable assets. Total assets grew by 8.1 percent. The number of the super-rich increased by 9.6 percent to around 220,000. Recently published studies on the subject come to a similar conclusion, even if the numbers are not identical due to differences in methodology. Capgemini's annual World Wealth Report includes equities, fixed income, alternative investments such as private equity, cash and real estate when not used by the company. This does not include collections or consumer goods.

1 Playoffs "advertise" for winter World Cup:... 2 From Berlin to the OR: Michael van Gerwen wins and... 3 Search for missing senior citizen: Two bodies discovered... 4 BGH judgment on abusive plastic: "Judensau"... 5 For the "Tribute von Panem" prequel: Thousands... 6 Fuel cheaper in the evening: Filling up in the morning... 7 Saxony-Anhalt: Saxony-Anhalt lost more than 11,400... 8 Bavaria: large-scale operation in the retirement home:... 9 Mecklenburg-Western Pomerania: Every eleventh accident... 10 Baden-Württemberg: Young people get on the train:... 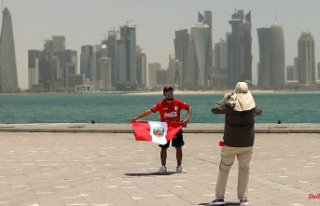