The problems have been known for years, but the federal government is still unable to get the worsening problem on the housing market under control. 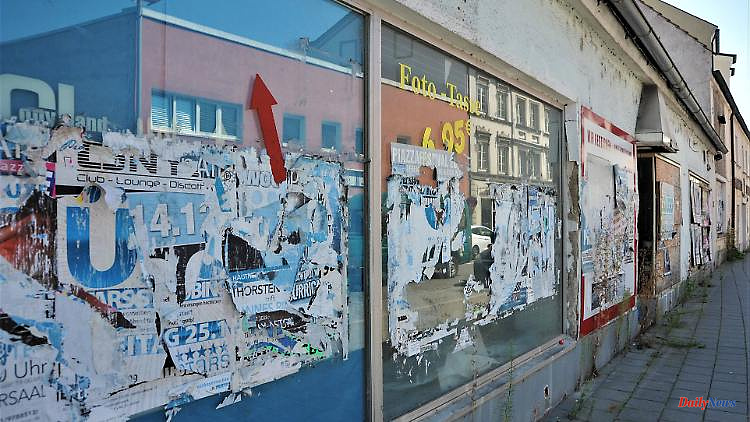 The problems have been known for years, but the federal government is still unable to get the worsening problem on the housing market under control. Nevertheless, Iris Schöberl believes that the turning point could soon succeed. Before that, however, it could get even worse, warns the real estate manager and deputy head of the umbrella organization of the real estate industry ZIA in an interview with ntv.de.

ntv.de: Housing construction has been at the top of the political agenda for years. Summits are held, alliances are forged, and ambitious goals are announced. If you look at the housing market, the situation has steadily deteriorated. For almost six months now we have had a Federal Building Ministry and a minister who recently launched the "Alliance for Affordable Housing". Do you have any hope that something will actually move this time?

Iris Schöberl: Something has certainly changed in recent years. New construction has increased significantly, but not enough. At the same time, demand has continued to rise in many places. Many obstacles that we have been talking about for many years still prevent sufficient living space from being created. There is a discrepancy between political understanding and practical implementation. The right way is known. Construction Minister Klara Geywitz and her alliance must now push everyone involved to take it. It's difficult, but I remain optimistic.

From your point of view, what are the biggest obstacles to the rapid construction of new housing and why has it not been possible to remove them for years?

We have rampant over-regulation. In 1990 there were around 5,000 regulations to be observed when building houses, today there are around 20,000. This makes building expensive and slow. In addition, each federal state has its own building code. That's why there are still no uniform standards, for example for serial construction with prefabricated components. That would be particularly important for affordable housing. Then of course there is a lack of building land in many places. Identifying them is the task of the municipalities. In many building authorities, however, there is a lack of specialist staff. Despite all the obstacles: where there is political will, something is moving. An example: With comparable conditions, Leipzig manages three times as many building permits and completions as Dresden.

The federal states and municipalities are responsible for everything you describe, not the federal government. How useful are new federal political initiatives or goals like the traffic light coalition of 400,000 apartments nationwide per year?

Of course, Ms. Geywitz can neither influence the building laws of the federal states nor identify building areas or improve the equipment of the approval authorities. But it can give an impetus and bring all actors together so that something happens at the crucial levels.

What makes you so optimistic that this will happen this time?

We simply cannot afford to delay any longer. The situation on the housing market threatens to get even worse. It is to be feared that almost everything that is currently planned but not yet in the construction phase will no longer be built at all. Because the calculations no longer add up given the skyrocketing prices for building materials. In addition, there are the well-known supply chain problems and the shortage of skilled workers. At the same time, interest rates are rising and financing is becoming more difficult. This puts construction companies and real estate developers in distress. We let a lot of time go by when things were better, the economy was good and interest rates were low. Now the problems are so acute that I believe something will change. Incidentally, this applies not only to housing construction, but also to digitization or the school system. In many areas, Germany could long afford to postpone reforms and investments. At least since Corona it has been clear that this time is over.

However, the political adjustment screws in construction, such as the identification of areas and the abolition of regulations, do not help with these acute symptoms of the crisis. What can politicians do to prevent an imminent slump in housing construction?

The government must provide relief quickly, for example, it could temporarily reduce VAT on building materials.

After a long period of extraordinarily low interest rates, they are now starting to rise again. How will this affect the real estate market? Will prices collapse after the exorbitant increases of recent years?

The pressure from investors on the market is easing somewhat because alternatives for safe investments such as government bonds are once again yielding interest and are therefore becoming more attractive. But I don't see any flight from the housing segment. Residential real estate is still the product of choice for institutional investors such as pension funds. Many of these investors finance real estate projects entirely with equity. Rising interest rates are therefore not a problem for them. In the case of investments that contain external financing such as bank loans, on the other hand, the return shrinks significantly due to the higher interest rates. Prices for residential property such as condominiums and single-family homes are also likely to fall slightly. On the one hand, because financing costs are rising due to higher interest rates, but also because disposable income is shrinking during the economic crisis.

The retail real estate market has been struggling with problems for a long time. Rents and purchase prices have already fallen significantly in some cases. In many inner cities, shops are empty. The topic of "dying inner cities" has been discussed for years, many proposed solutions are on the table, but the situation is getting worse instead of better. Do we have to accept that the German inner cities can no longer be saved?

We have to say goodbye to the German city centers with their retail monoculture that has existed since the 1960s. But that doesn't mean that city centers are dying. In the future, inner cities will probably look like my grandparents knew them: with a livable mix of retail, offices, culture, gastronomy, educational institutions and also housing.

This is not a new idea either. But in many places, the picture has been characterized by increasingly desolate vacancies for years, instead of the diversity you describe. Why do you think this upheaval will succeed now when it has not worked in the past years or decades?

In the past few years up to the Corona crisis, the situation in most German cities was not that bad. We as BMO are invested in retail properties in over 80 German cities. This was not a sure-fire success, especially in medium-sized cities, but with the right amount of work we were still able to find suitable new tenants for all of our retail properties. That has actually changed with Corona and the lockdowns in that we have to be even more creative in some locations when it comes to re-letting and also look at other types of use. But yes, the situation for many inner cities is now so dramatic, the pain so great that something has to change. We are also witnessing that local politics are now becoming really active.

And why hasn't she been there for a long time?

Even if the development of inner cities has been an issue for some time, it has not been the focus of the municipalities so far. For a long time, economic development focused primarily on the designation of commercial areas in the outside area. With many retail properties, nobody in the town hall knew who actually owned them. That is changing now. We have just written to the mayors of 75 cities to introduce ourselves as those responsible for our properties. Many have responded immediately and want to talk to us and the other investors in their city centre.

What can the municipalities do?

The most important thing is to develop a coherent mission statement: where do we actually want to go? What are our requirements and possibilities on site? Then the municipalities can take targeted action. In many cases, new permits are required for a change of use, for example from retail to gastronomy. The authorities have to act quickly and unbureaucratically. New forms of use not only lead to a revitalization of the inner city, but often also to conflicts, for example due to noise from guests in restaurants and bars that did not exist before. This must moderate local politics and balance interests. A city can, for example, rent shops directly to prevent vacancies or to bring a young local company to the city center instead of another one-euro shop that cannot yet afford the rent.

Are rents of several hundred euros per square meter, such as those paid by large fashion chains in top locations, a thing of the past? What do falling rents mean for investors?

Such prime rents have so far only been achieved in prime locations. It will continue to exist, because the luxury industry in particular is a part of retail that has no problems at all. However, these locations are becoming shorter and some retailers require less space. Instead of several floors, a chain store often only rents the ground floor. We have to adapt to this with new usage concepts. An upper floor that previously served as a shop can be converted into an office or doctor's office, for example. Unfortunately, there is only one thing that is usually not practicable: the conversion of department stores into living space, for example. The specifications in planning and building law are so different and a corresponding conversion so complex that almost nobody could afford such apartments. 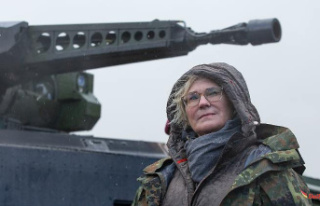