The crash continues on the stock exchanges. 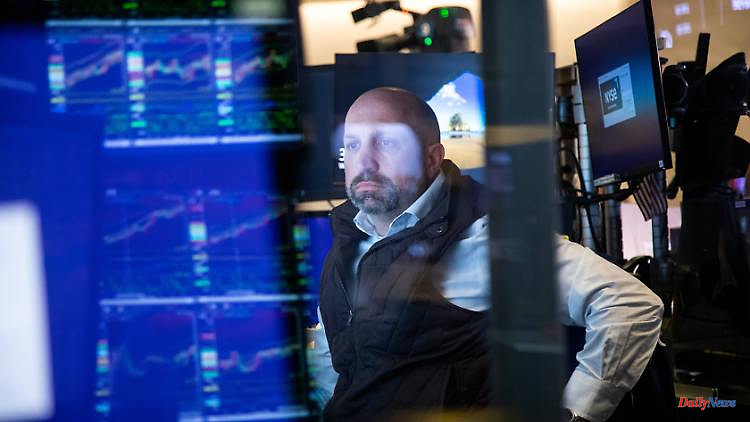 The crash continues on the stock exchanges. Inflation and interest rate hikes are causing heavy losses. It doesn't look like that's going to change anytime soon.

The new stock market week begins the way the old week ended: with price losses. Improvement is not in sight. In view of high inflation, the turnaround in interest rates and the associated fears of recession, the global slide in prices is continuing.

The Dax falls in the morning by 1.7 percent to 13,522 points. For the leading German index, the May low of 13,380 points is getting closer. The losses since the interim high a week ago now add up to 7.4 percent. The European Stoxx 600 falls 1.6 percent, hitting its lowest level since early March.

"Interest rates and inflation remain the two bogeys on the markets," says Thomas Altmann from asset manager QC Partners. On the one hand, rising interest rates are having a direct impact on corporate profits. And on the other hand, this would make bonds more and more competitive for interest-free shares.

Things also went down in Asia. Expressed in numbers: The Japanese Nikkei index lost a good 3 percent to 26,987 points, the broader Topix index fell by 2.2 percent. The Shanghai stock exchange was down 1.1 percent, the index of the most important companies in Shanghai and Shenzhen lost 1.4 percent. In the US, the major indices Dow Jones, S

Futures are pointing to further downside as US stocks open this afternoon. The S

The most recent slide in prices was triggered by inflation data from the USA. Accordingly, the inflation rate climbed to 8.6 percent in May and thus to the highest level for more than 40 years. In addition, consumer sentiment in the US had fallen to its lowest level since 1980 in the face of high inflation. Waning consumer spending and higher interest rates are increasing concerns that the US could slide into a recession. Private consumption accounts for two-thirds of the gross domestic product of the world's largest economy.

"After the US inflation rate fell in April, speculation had increased that the peak had been passed," wrote analyst Christoph Balz of Commerzbank. With the renewed increase, this was done. High inflation could force central banks such as the US Fed and the ECB to raise interest rates faster and faster than previously planned. That could slow down the economy.

The Fed's next interest rate meeting is on the agenda for Wednesday, at which further tightening of monetary policy is considered agreed. The decisive factor, however, is whether the currency watchdogs will step up the pace even more than previously expected. At the beginning of May, the Fed took the largest interest rate hike in 22 years and raised the key interest rate by half a point to the new range of 0.75 to 1.0 percent.

That's not all: after a corona outbreak was detected in Beijing's most populous district, Chaoyang, the authorities announced mass tests. It is quite likely that another lockdown will follow, this time paralyzing much of the Chinese capital.

According to the Federal Ministry of Economics, the Chinese government's zero-Covid strategy still poses risks for the German economy despite the easing. "Although there have recently been far-reaching easing in Shanghai," says the monthly report published today. "But if there are lockdowns of this magnitude again in China, worsening supply bottlenecks and a further slowdown in world trade cannot be ruled out." That should also be felt here in Germany, after all, China is by far Germany's most important trading partner.

1 After Oscar slap: Will Smith plans Hollywood comeback 2 Bavaria: 52-year-old died after an accident in Aschaffenburg 3 "At some point there will be a bang" in... 4 Reacting correctly: The best tips for bee and wasp... 5 Credit rating agencies: You can do this against negative... 6 FCB working on Mané change: pressure on Salihamidžić... 7 It doesn't stop: Whatsapp grandchildren trick... 8 Already five years before: eye examination can predict... 9 North Rhine-Westphalia: The probationary period of... 10 Formula 1 in the press: "Ferrari is bleeding... 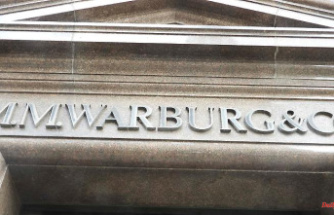 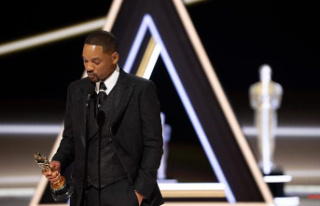