Month-on-month sales in the food retail sector have fallen more sharply than at any time since data collection began. 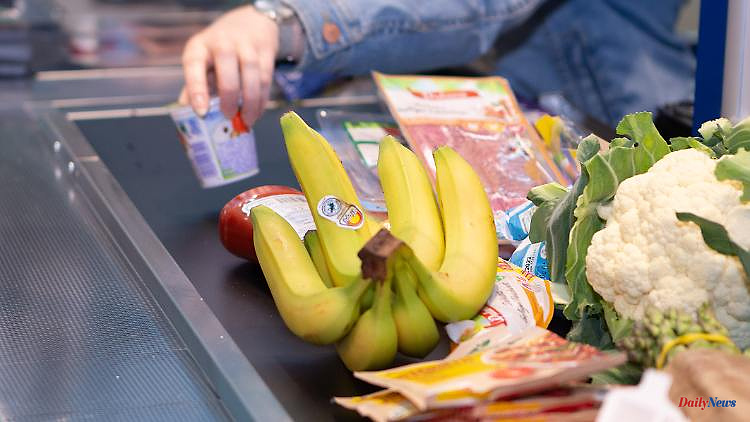 Month-on-month sales in the food retail sector have fallen more sharply than at any time since data collection began. The entire German retail sector also collapsed by 5.4 percent in April. Statisticians explain that the sharply rising prices are responsible for this.

Sales in German retail plummeted in April. Adjusted for seasonal and price effects (real), revenues fell by 5.4 percent compared to March, as reported by the Federal Statistical Office. Real sales thus reached their lowest level since February 2021. Compared to the previous year, retail sales in April were down 0.4 percent. Nominally, however, sales rose by 6.2 percent - this reflects the high price increases in retail, the statisticians explained.

In food retailing, the statisticians registered the sharpest drop in real sales since the start of the time series in 1994, at minus 7.7 percent. Sales were also 6.5 percent down on the same month last year. The Federal Office assumes that food prices, which have risen by 8.6 percent, are the reason behind this development.

The German Retail Association (HDE) sees it similarly. "Consumers are not only faced with price increases in retail. Some of the customers, especially in low-income households, will react to this and buy less or cheaper," explained Managing Director Stefan Genth.

The majority of citizens expect prices to continue to rise. According to a survey by the opinion research institute Forsa for the RTL/ntv "Trendbarometer", 56 percent of those questioned agreed with this assessment. Accordingly, 38 percent expect a continued high level and only 6 percent are counting on falling prices. With a view to combating high inflation, 65 percent of those surveyed believe that the federal government must do more. 26 percent think the measures are sufficient.

The retail trade with non-food items was able to record a real increase in sales of 7.2 percent compared to the previous year - the same month last year was, however, characterized by strict corona measures. In a month-on-month comparison, there was a real decline in sales of 4.4 percent.

Compared to the previous month, only the Internet and mail order business was able to increase: In April, this achieved a sales increase of 5.4 percent. Compared to the same month of the previous year, however, online trading also saw a significant drop in sales of 9.6 percent.

1 Justice. May 1, 2009: A woman who attacked a firefighter... 2 Disney offers "resistance": "Obi-Wan... 3 Social. According to the Court of Auditors, one in... 4 New horizons for the e-car: When will the solid-state... 5 Bavaria: "Vogelphilipp" gets more inquiries... 6 Saxony-Anhalt: The graphic work of Neo Rauch in Aschersleben 7 North Rhine-Westphalia: New NRW state parliament has... 8 North Rhine-Westphalia: Reul calls for more effort... 9 North Rhine-Westphalia: police detect fire: six, some... 10 Hesse: Unknown steal 700 meters of copper cable from... 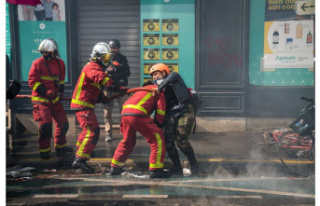