Recording stops in many places: the rush for panels increases drastically

The food banks give out usable food that would otherwise be thrown away. 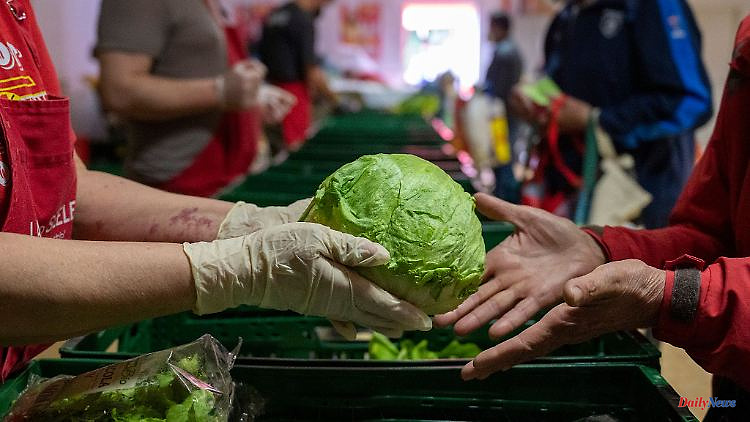 The food banks give out usable food that would otherwise be thrown away. The high inflation, but also the war in Ukraine ensure that the number of needy people at the food banks is increasing. Families with children are particularly affected.

According to a survey, more than a million people in Germany buy food from food banks. The German Institute for Economic Research (DIW) put the number at almost 1.1 million and referred to a survey from 2020. However, the panels themselves are currently assuming significantly higher numbers.

"The situation is extremely tense for all the food banks," said a spokeswoman for the umbrella organization Tafel Deutschland. The background is the war in Ukraine and rising prices. "There are also more people who have a job." Around 960 food banks nationwide distribute food that can no longer be sold to the needy. The umbrella organization now speaks of well over two million customers, more than ever before.

The DIW asked the participants in its Socio-Economic Panel 2020 survey series whether anyone from their household was at a table in the previous year. It comes to almost 1.1 million people who benefited from the offers. "Of course, the currently high inflation also has an effect on the table visitors," explained DIW researcher Markus Grabka on the current situation. High energy advance payments also drew people with not exactly low incomes into the facilities. In addition, there are many refugees from Ukraine.

At the same time, supply is becoming difficult because the grocery stores waste less food that would otherwise have gone to the banks. Examples include "rescued food" listings on store shelves.

According to information from the panels, the number of visitors nationwide has risen by about half since the beginning of the year. In Berlin, where many Ukrainian refugees also arrive first, it is even more. At the beginning of the year, around 40,000 people came to the 47 Berlin food banks, now there are well over 70,000, as director Antje Trölsch said. Many of them fled Ukraine before the war. In addition, there are Germans who can no longer cope with the sharp price increases. "People who somehow made it before are now coming to us."

Three quarters of the people who used Tafel in 2019 lived on basic security, as the DIW found out. Many are at risk of poverty and have health problems. Single parents and couples with children use the boards particularly frequently. A quarter of the people who benefited from the panels are children. According to the DIW, Tafel users spent around 210 euros on groceries per month and person - 30 euros less than non-Tafel visitors. In terms of net income, however, it was almost twice as much. The researchers conclude that food banks are primarily used to compensate for insufficient income.

And because of the rising prices, the income is sufficient for fewer and fewer people, according to the food banks. "We send people home every week," the Potsdam facility recently reported in view of the increased rush. According to the umbrella organization, every third food bank nationwide introduced a freeze on admissions by the summer because there was a lack of food or helpers.

Berlin has so far been able to prevent a freeze on admissions. Additional distribution points have been opened there where people can pick up grocery bags. Volunteers are needed, however. "We are always looking for people to support us - when driving the tours, packing the bags and distributing them," said Trölsch.

Blackboards cannot replace state poverty reduction, says DIW researcher Jürgen Schupp. "The fact that families in particular have to use food banks does not reflect well on the social security of children," says Schupp. "The traffic light coalition must now quickly get basic child security on the way." 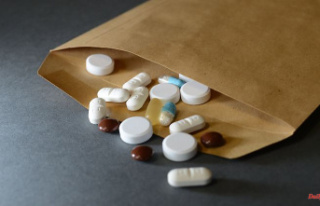 Great savings potential: These are the best online...