Remarkable shift in strategy: The wrong panic about the "climate waste"

Behind the abbreviation CCS is a process to cut off climate-damaging carbon dioxide and store it underground. 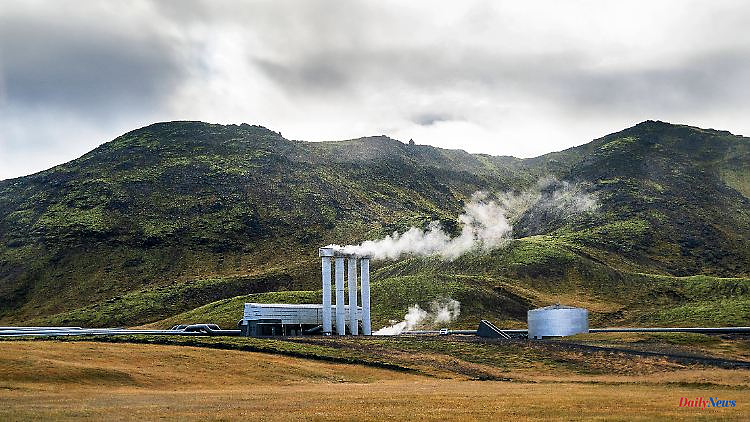 Behind the abbreviation CCS is a process to cut off climate-damaging carbon dioxide and store it underground. While other countries are already using this technology, little has changed in Germany. The Economics Minister wants to change that. In doing so, he unjustly meets with resistance.

Shortly before Christmas, a remarkable shift in strategy by the government almost came to nothing. Robert Habeck announced that in future it would be possible to store CO2 underground in Germany. The process goes by the abbreviation CCS, which stands for "Carbon Capture and Storage". CO2 is not blown into the atmosphere at factories, but captured and stored elsewhere underground, for example in depleted gas reservoirs deep in the sea floor.

Sounds like an exciting idea and technology. But how it is with new technologies: Many Germans have worries and fears at first, and there are other people and activists who stir up these worries and fears. Through terms and framing, which starts with always putting the adjective "controversial" before CCS. So it becomes the "controversial CCS procedure". If we did that with wind power, which is also controversial in many places in this country, we would make even less progress with the expansion: "Robert Habeck wants to push the controversial expansion of wind power" - doesn't sound promising, does it?

Well, while capturing and storing CO2 is geologically possible in Germany, it wasn't politically so, after a long wrangling and a 2012 law. While other countries like Norway have been researching and using the technology - and doing business with it - for years, moved little here. The Economics Minister wants to change that, a remarkable and commendable move. It is part of the government's "Carbon Management Strategy" which is finally being drawn up.

"We have now seen that experience has been gained and the technology is necessary for certain processes," says Habeck. He wants to amend the carbon dioxide storage law, for him it is "one of the important projects in 2023". The Economics Minister is traveling to Norway these days. Among other things, it is about hydrogen imports, but also about the underground storage of carbon dioxide. So it's probably also an educational journey, getting an idea and producing pictures along the way: Look what's going on in the fjords.

Resistance to CCS operates on two levels: one is tactical, the other more hysterical. The latter moves on the emotional framing level of chlorinated chickens and fracking, using terms to spread concerns and organize resistance. The BUND complains about the "climate waste" that cannot be disposed of under Lower Saxony and the North Sea. Greenpeace actually speaks of "CO2 repository" and "contaminated sites", CO2 leads in "high doses to suffocation". Wow. This is how small Gorlebens and Castor transports come about in our heads. (By the way, CO2 is the gas you exhale every few seconds.)

The tactical resistance is driven by concerns that CCS is a false promise and efforts to mitigate climate change are flagging. According to the motto: If we can press the stuff under the ground, we no longer have to save and can continue to live like this. Here, too, there is a misconception: Firstly, with all net-zero plans there will always be human activities that cause CO2 - for example in the manufacture of cement. The chemical industry faces similar challenges.

The second point is more important: humanity must capture and store CO2 in any case, in addition to the savings and reduction. "There is no either/or," says Jan Wurzbacher, founder of Climeworks, a Swiss company that is a leader in so-called "direct air capture" - a process in which CO2 is filtered out of the air. "Reducing emissions is vital, but it is not enough." In all scenarios, technologies that capture, reuse or store CO2 are priced in, even in those of the Intergovernmental Panel on Climate Change. From 2030 it must be millions of tons per year, from 2050 billion tons.

The International Energy Agency (IEA) puts it at just over 10 gigatonnes by 2070, largely by retrofitting power plants and industrial plants to capture CO2 directly from the air. But also in combination with bioenergy. Here, plant biomasses that store CO2 are grown and then burned, whereby the CO2 is immediately recaptured. "Carbon removal is required to offset emissions across the energy system that are technically difficult or prohibitively expensive to reduce," the IEA said. "It can also help offset emissions outside the energy sector if progress is not made there."

The International Renewable Energy Agency (IRENA) also addresses the issue in its World Energy Transition Outlook. Six percent of the almost 37 gigatonnes of CO2 caused annually (as of 2021), according to the finding, must be reduced by CCS and CCU, another 14 percent in combination with bioenergy, the so-called BECCS (bioenergy with carbon capture

The federal government also expects CCS "on the megaton scale" for Germany from 2030, especially for industry. This is what it says in the ministry's "Evaluation Report on the Carbon Dioxide Storage Act", about which the "Handelsblatt" and the industry service Table Media had reported. By 2045 at the latest, emissions of 34 to 73 million tons of CO2 will have to be exported and stored every year.

Now you could say: We don't want to inject the "climate waste" here, but rather in Norway, the Netherlands or in the volcanic rocks of Iceland. It's a popular German strategy, and that's how we do it with nuclear power - which we switch off here so that we can switch it on from neighboring countries if necessary. But it would be better to build up your own technology skills and then export them.

Because all these methods currently have a catch. They have not yet been tested on an industrial scale, they are energy-intensive and still very expensive. So it's about reducing costs, which will take many years - and pushing many projects so that you can optimize the technology. 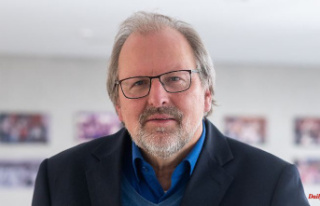 "Have an integration problem": teachers'...