Gas is no longer flowing through the Nord Stream 1 pipeline. 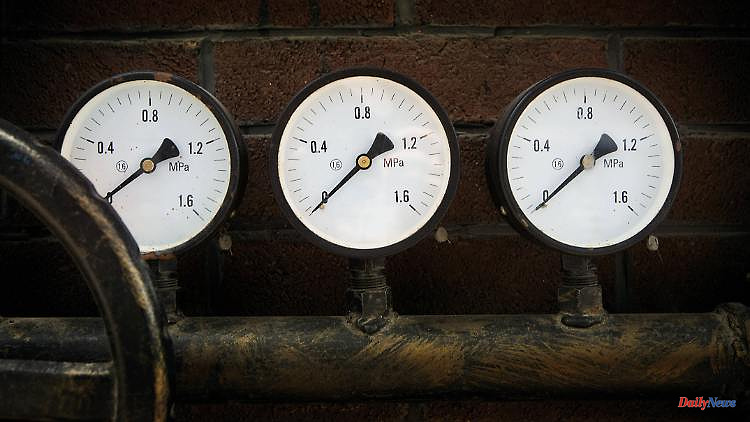 Gas is no longer flowing through the Nord Stream 1 pipeline. It is quite possible that this will remain the case after the end of the maintenance work. Germany is looking for alternatives to Russian gas. What is missing, however, is a well-developed gas network in Europe. LPG from the US and Qatar could help.

The Nord Stream 1 gas pipeline has been shut down since early July. Actually only because of the annual maintenance work. But Federal Economics Minister Robert Habeck and many others fear that Russia will not turn on the gas tap again after the maintenance. "What we have seen in the past is that technical reasons are put forward in order to carry out a kind of political maintenance. Of course, since it happened once, it can happen again," said Habeck. According to insiders, Russia wants to send gas through the pipeline again on Thursday, albeit in reduced quantities.

Moscow had previously cut gas supplies via Nord Stream 1. Utilization was recently only around 40 percent of the maximum. Russia justified this with technical problems. According to operator Gazprom, a turbine from Siemens Energy was missing. In the meantime, however, it has been repaired in Canada and is said to have already arrived in Germany.

Germany is dependent on gas imports from abroad. There is hardly any natural gas in this country. The Federal Republic itself only subsidizes around five percent of consumption.

Russia is Germany's most important gas supplier. More than half of the gas - 55 percent - came from there last year. Most of it has so far been pumped through Nord Stream 1 to Lubmin near Greifswald.

In addition to Nord Stream 1, Russian gas has so far come through two other pipelines: the Transgas pipeline runs through Ukraine to Waidhaus in Bavaria. But here, too, Russia has now reduced delivery volumes by two-thirds. The Yamal pipeline, which normally pumped gas through Poland to Mallnow in Brandenburg, is currently completely idle.

Natural gas from Europe is therefore currently more important than ever for Germany. Norway is the second largest natural gas supplier after Russia. About 30 percent came to Germany in 2021 via three pipelines. And the country has promised to deliver even more. The Netherlands and Belgium are also important gas supply countries. "We wouldn't make any progress at all if we couldn't fall back on France, Belgium, the Netherlands and Norway, who are supporting us in this situation," Habeck said at the end of June. In addition, Algeria is increasing its gas delivery volumes to Italy. The gas market is very strongly regulated and organized in Europe, explained the Economics Minister.

Germany needs more gas to keep the country warm through the winter. The German gas storage facilities are currently only about 65 percent full. Therefore, new gas suppliers are being sought.

Spain, for example, could be one of them in the future. The country gets natural gas from Algeria in North Africa through two pipelines. Spain also has liquid gas terminals and the associated storage facilities. At the moment, however, it is not so easy to obtain Spanish gas, says chief economist Thomas Gitzel from VP Bank at ntv. "The EU should quickly ensure a pan-European pipeline network."

Pipelines are needed to get the gas to Germany. So far there are only two small natural gas pipelines to France, but they are far from sufficient. There is now discussion about continuing to build a half-finished pipeline, the so-called Midcat project, which has been on hold since 2019. The natural gas pipeline is supposed to run from Barcelona to the south of France, but so far it has only been completed on the Spanish side. Germany supports the project. Spain demands that the construction of the pipeline be financed by Brussels.

A second pipeline is also being considered - from Spain to Italy. According to experts, it will take at least two more years to build both pipelines.

Germany and other European countries are also looking for gas suppliers outside of Europe. More gas is to come from Azerbaijan in the future. Deliveries to the EU are expected to double in the next five years. The former Soviet republic borders on Russia - and still has close ties to Moscow.

In addition, gas is said to flow from Israel. The natural gas is to be liquefied in Egypt and then shipped to liquefied gas terminals in Europe. Around ten billion cubic meters of gas are planned for next year. A direct pipeline from Israel to Europe does not yet exist. A line has been planned for years, via Cyprus to Greece.

The USA also actually wanted to deliver 15 billion cubic meters of liquid gas to Europe this year. However, deliveries are canceled for the time being. There was an explosion at a Texas liquefied natural gas terminal in early June. A replacement is not in sight anytime soon.

In addition, Africa could become one of the new partners when it comes to gas. Chancellor Olaf Scholz expressed interest during his trip to Africa and received positive feedback from Senegal. The West African country has large gas reserves and wants to export liquid gas, i.e. LNG, from autumn 2023. However, it only wants to supply gas to countries that are committed to developing gas deposits. Scholz has offered to help Senegal with gas production. It is about the development of a gas field off the West African coast. Even now, around 18 percent of the gas destined for Europe comes from the African continent, from Libya or Algeria.

It has already been agreed that Qatar - one of the largest gas suppliers in the world - should deliver liquid gas to Germany. But that will only be in two years, from 2024. It is not yet clear how much will be delivered.

Signing treaties with a country that violates human rights and restricts civil liberties drew a lot of criticism. "You can go from bad to worse here, from one autocrat to the next," says energy expert Claudia Kemfert from the German Institute for Economic Research at ntv.

However, liquid gas does not yet arrive directly in Germany, as there are no separate terminals for it. The liquid gas is brought to Germany in tankers from other European countries such as France or the Netherlands.

The US is the world's largest exporter of LPG. Washington delivers a third to Europe. More and more natural gas is being extracted by fracking in the USA. A controversial method that is banned in Germany.

Three LNG terminals are scheduled to open in Germany this year, in Wilhelmshaven, Brunsbüttel and Lubmin. More are planned. "If we really want to structurally get away from Russian gas, we need liquid gas," says Malte Küper, an energy expert from the German Economic Institute at ntv. Because the potential for gas purchases via pipelines from Norway and the Netherlands is limited. That's why you have to rely on liquid gas on a large scale.

The federal government must speed up the construction of LNG terminals. And urgently find new partners. Because by the end of 2024, Germany wants to get by completely without Russian gas. Most likely, Russia will have turned off the gas supply by then.

1 After the port workers' strike: ship traffic... 2 No canoe slalom without water: low water on the Lech... 3 Eleven injured, three arrested: Another brawl in the... 4 "Saved my life": For slum children, chess... 5 After leaving "heute-journal": Claus Kleber... 6 For his triplets: Bushido makes Steinmeier an honorary... 7 Before the start of filming of "The Queen":... 8 "What would happen to me today?": Cher opens... 9 Will soon be back on stage: guitar legend Carlos Santana... 10 Dishwashers in the test: cheap devices are a good... 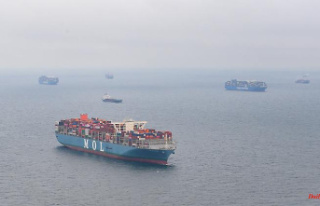