Janet Thommeny has dressed up and even put on the gold council chain. 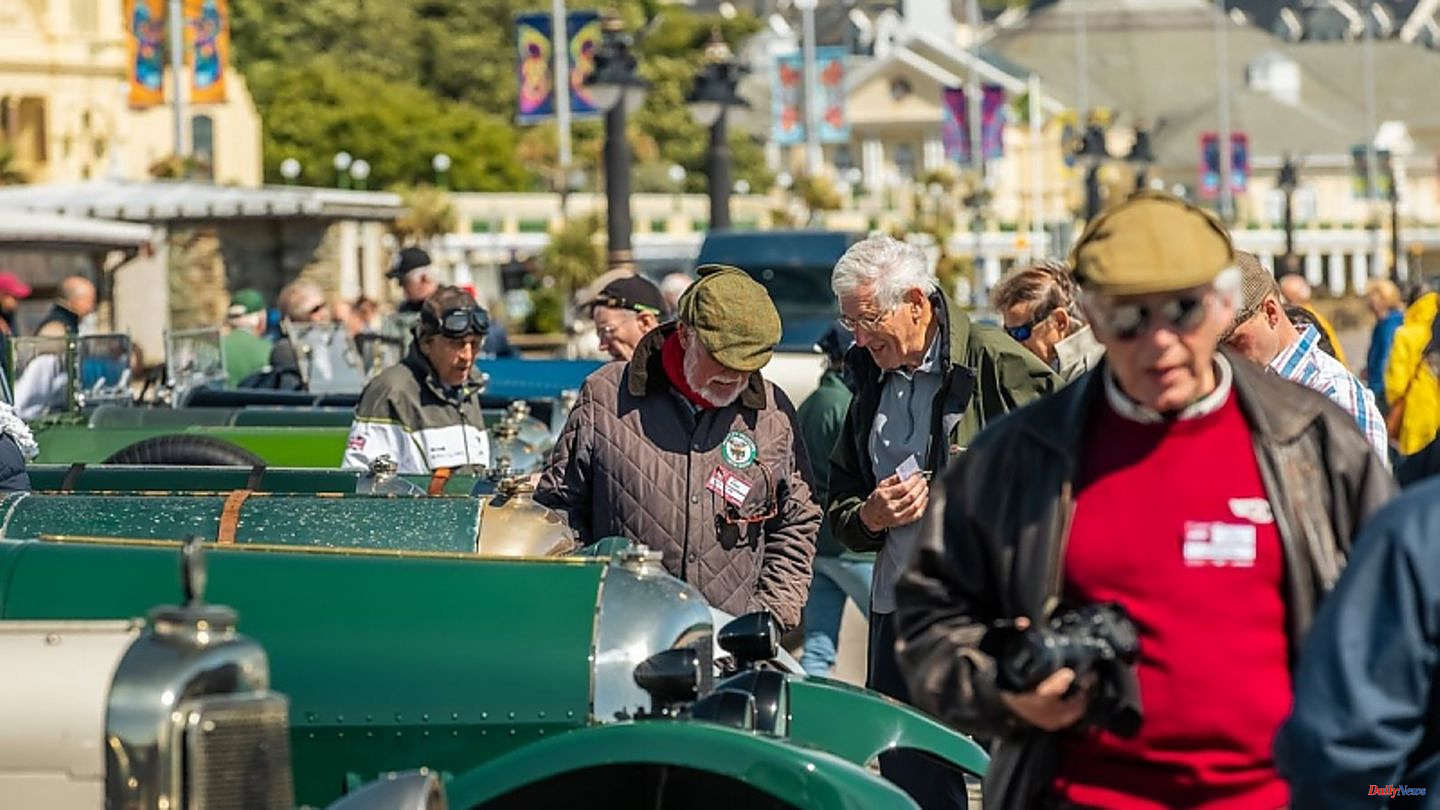 Janet Thommeny has dressed up and even put on the gold council chain. After all, it's not every day that the mayor of Douglas welcomes automotive icons that are a hundred years old. Even the sun is at its best, laughing with joy on the Isle of Man's Victorian seafront. In keeping with the glorious weather, 78 classic Bentleys from all over the world have gathered. The cars come from Canada, California and from all over Europe. To name just a few regions.

A member of the venerable Bentleys Driver's Club, who had his precious automobile transported from New Zealand to the island between England and Ireland, had the longest journey. The vintage car is also a rarity. Steve is at the wheel of his Bentley Three Liter Super Sport of which only 18 were built. "Mr. Bentley guaranteed that every car will go 100 miles an hour”; says the man whose pride is obvious. Insane speed back then. Still an adventure today with such a vehicle. The name "Amy" is emblazoned in yellow letters on the bonnet and in the cockpit. After pilot Amy Johnson, who was the first woman to fly solo from England to Australia in 1930.

Getting there was anything but smooth, but that didn't stop Steve from coming to the meeting. Due to the Covid-19 restrictions, the car could not start the journey with the ship as planned, but had to be flown in from Auckland. There was no question about it for Steve, he really wanted to take part in this meeting on the legendary island. No matter what it costs. He is not alone with this attitude. "The participants bear all the costs themselves," explains organizer Vivian Bush. The reward is an interest rarely found. The picturesque promenade is filled with onlookers enjoying the iconic carriages.

Mobile phones are in constant use and some of the memory in a mobile phone is likely to reach its capacity limits, there is so much to see and photograph. When will we ever see a collection of icons like this again? The answer is: never! And it is questionable whether such a meeting will ever take place again. The value of the cars speaks for itself: around 40 million British pounds. Everyone is talking shop. It's all about rivets, nuts and bolts, after all the cars are assembled by hand and no two are alike, even if both belong to the same model series. One question that worries the experts is which cylinder head fits which era. "Engine number five should have four bolts," says a man with a distinctive white mustache that extends far beyond his cheeks.

"I'm very happy," Vivian beams, competing with the sun. This event is an affair of the heart for him. “I love the three-liter models. These are the first and purest Bentleys,” explains Vivian, and the wide grin shows that the man with the alert eyes is behind the frameless glasses. The joy of the 64-year-old is understandable when you stroll past the gleaming chrome bodies. A leading actor is the Bentley EXP2, one of the cars that won the team classification of the legendary Tourist Trophy in 1922, making it the oldest Bentley in the world. Back then, Walter Owen Bentley decided to take part in the ultra-tough island race with three 3-litre Bentleys and to drive one of the vehicles himself. Frank Clement took second place in bad weather, followed by the other two Bentleys. "WHERE. Bentley agreed late. Although he had known about the race for a long time. After all, he risked a lot. If something had happened to him, it would have meant the end of Bentley,” says Vivian Bush. Victory went to Frenchman Jean Chassagne in a Sunbeam - the first non-British rider to achieve the feat. Of course, the winning car will also be there at the exclusive classic car tryst, even if it's not a Bentley. This car has also come a long way as the owner Erez Yardeni lives in Thailand.

The high point of the meeting takes place the following day: the multi-million dollar car parade completes a lap on the legendary Tourist Trophy race track. Like a hundred years ago, the weather is miserable, but that doesn't bother the determined pilots in their well-maintained vintage cars. After all, this is one of the reasons why they took the long way. When the deeply rumbling concert of the four-cylinder in-line engines begins, every one of the many spectators, who only has a drop of petrol in their blood, runs a pleasant shiver down their spines. When the caravan starts moving out of the pit lane, everyone has a big grin on their face. The smiles got even bigger when we returned from the 37,730-mile tour of the island. The weather has also changed its mind and the sun's rays are peeping through the cloud cover.

1 Lance Armstrong: The former cyclist got married 2 'Highly Capable Allies': US ratifies Sweden... 3 Animal is trapped in the lock: 24 divers begin Beluga... 4 Series of murders of Muslims: US police arrest suspect 5 US top politician: Pelosi defends Taiwan trip - and... 6 C1: Monaco cracks in Eindhoven and says goodbye to... 7 "Who steals the show from me": Can't... 8 The price of milk will continue to rise due to the... 9 Russian invasion: war against Ukraine: That's... 10 "Who steals the show from me": Can't... 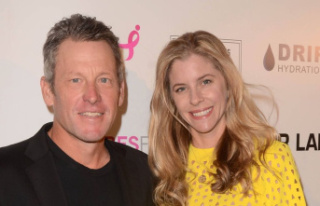