Revolution or Bubble?: The Future of Automakers in the Metaverse

When talking about the Metaverse, those in the know think of Marvel films like "Dr. 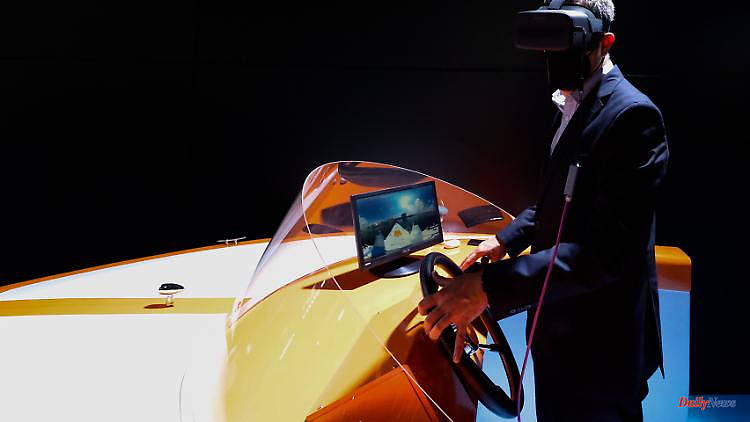 When talking about the Metaverse, those in the know think of Marvel films like "Dr. Strange" or "Guardians of the Galaxy". What does the auto industry have to do with it? Quite simply: A virtual world should give the industry new impetus. But is this a revolution or just a new bubble?

The Internet has just passed the "uncharted territory" status, and a new world is opening up online again. The so-called Metaverse is set to revolutionize not only the web but also the car business over the next ten years. Is a new "Second Life" bubble looming? Or is this really a revolution?

What is this metaverse actually?

First of all, the Metaverse has nothing to do with the Facebook parent Meta, even if misunderstandings are likely to be in the interests of the IT group, which is one of the driving forces behind the new - and this much can already be said: highly commercial - online world. It can be entered using a laptop, mobile phone, etc., but even better with virtual reality glasses. VR technology perfects illusion and immersion, the user should feel like in a real world in the digital world.

In these "parallel universes" he can meet friends as a character in virtual landscapes or cities, play video games and buy digital and physical goods. With real money or cryptocurrency. The idea of ​​a lifelike virtual world is not entirely new - just think of hit science fiction films like "Matrix" or "Ready Player One". Of course, the real Metaverse is supposed to be a lot less dystopian and scary than the Hollywood fantasies. The first beginnings of the digital parallel reality are already there today, but it will probably take a decade for it to fully develop - at least that's what Meta estimates as a realistic time horizon.

At the beginning of the millennium there was already a hype about a virtual world. It was called "Second Life" and was annoying on the comparatively lame pre-fiber-optic Internet with block graphics and amazing programming errors. The car industry, then as now striving for a modern image, was not deterred by countless bugs and glitches and quickly opened chic brand representations and meeting points in the virtual parallel world. While hardly any manufacturer wanted to close the trend, the courted visitors ignored the offer almost completely. Even today, the flickering ghost town ruins of Second Life car dealerships should still be in some deserted corner of the web. It is not known what the early foray into virtual worlds cost the industry.

Why should it be different this time?

Thousands of internet lines, smartphones with x times the computing power of the first space shuttle and VR glasses that even average earners can afford - at least the technical basis is much better today than it was almost two decades ago. In addition, there are more and more powerful drivers on the business side. In addition to Facebook, Amazon, Microsoft, Apple and Google, many other companies are involved - from hardware manufacturers such as Qualcomm and Nvidia to platform providers such as Roblox and Minecraft to software providers such as Unity and Blender. Not to forget payment service providers such as Visa, Paypal or Coinbase. Or investors who are desperately looking for new growth opportunities.

How do automakers come into play?

Cars shape the cities, car dealerships the access roads and car manufacturers the economic landscape. If the metaverse is a virtual replica and enhanced representation of the real world, then the automotive industry must be represented in it. So far, the Indian Mahindra Group and the vehicle and engine manufacturer Honda have opened showrooms or representative offices in the Metaverse. The Japanese even allowed the purchase of real new cars there as a test. Other manufacturers will follow, as Jan Burgard from the consulting firm Berylls assesses the situation.

However, the expert also already sees significantly lower-threshold opportunities to start the Metaverse: "Many manufacturers and even large suppliers have already introduced Metaverse functions in marketing and sales to give customers the opportunity to experience a car in an immersive way without having to to leave my own house." Audi, BMW, Hyundai and Ferrari, among others, already offer virtual test drives with their models. The vehicle configuration is also becoming more and more virtual on the home computer or in the physical showroom - when, for example, Mercedes or Audi customers use VR glasses to be able to try out the car they have put together themselves before ordering.

Are the car manufacturers transferring their well-known business model to the Metaverse?

no The possibilities and even the current approaches go far beyond that. For example, Cupra boss Wayne Griffith would like to sell so-called NFTs in addition to real cars, as he announced at the beginning of the year to celebrate the fourth birthday of the Seat sister brand. NFT stands for "Non fungible Token", a protected, non-exchangeable digital object, secured in its uniqueness via a blockchain. Unlike other digital works, it cannot be reproduced endlessly and almost free of charge and should therefore serve as an investment.

The most famous NFT artwork is the series of pictures with the bored monkey "BoredApe", the individual variations of which are traded for hundreds of thousands of euros. Cupra will probably initially make it a number smaller financially and, for example, offer digital cars, clothing or other branded merchandise. The virtual goods can then either be seen as an investment or used in the metaverse to dress or equip your own avatar - the "game character". Honda demonstrated this in March, when the first 500 pre-orders for the new Integra mid-size sedan also received a digital NFT image of the model. Along with the implicit promise of future value appreciation of the token. Alternatively, you can decorate your virtual home with it - because both land and real estate have long been available for purchase in the Metaverse.

Above all, the trend towards autonomous driving fuels the Metaverse fantasies. Because the time gained by robotic assistance behind the wheel should be used sensibly or pleasantly. Audi is already starting this summer with an offer for rear-seat passengers who are already largely unemployed. With the help of VR glasses, the back seat passengers should be able to consume video games, films and interactive content. The 3D display adapts to the movements of the car. The technology developed by the startup Holoride can only be used in conjunction with a special virtual reality headset. In addition, subscription fees are likely to be due, which means that the Metaverse opens up a first concrete source of income. In the coming years, other car brands are likely to venture into virtual worlds - according to Holoride alone, it has already entered into corresponding cooperation agreements with Ford and Porsche.

Are all automakers going to the Metaverse now?

On the one hand, nobody wants to be last when it comes to new trends. On the other hand, the "Second Life" flop should serve as a warning to many companies. "Automotive customers around the world have very different levels of digital competence," says Berylls expert Burgard. OEMs would therefore need to find a tailored approach to leveraging the metaverse in sales and marketing, depending on which customer segments and specific customer behaviors they want to target.

For brands like Cupra, which primarily attract a younger audience, a Metaverse commitment makes sense, for example. Likewise for premium manufacturers who see themselves as the technical avant-garde, or brands that are represented in digitized China. At the same time, however, those who do not stake their claims quickly enough on the web are in danger of being left behind. "Automakers will compete on each platform for prime retail locations and stores that sell at the same price per square foot as in the real world," predicts Burgard. And the best locations are quickly taken. 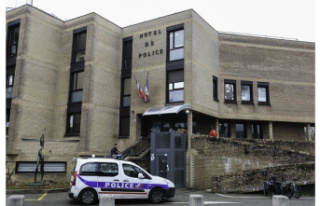 Savoy. Chambery: He belts a woman on the street to...