Rhine is getting flatter: Uniper could soon reduce electricity production

The low water makes shipping on the Rhine increasingly difficult. 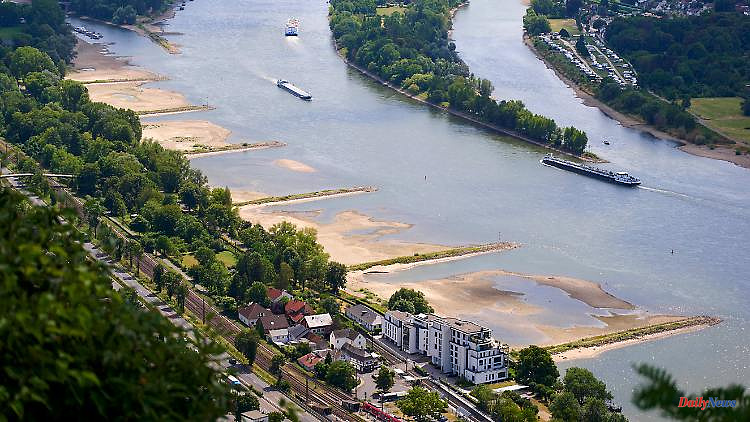 The low water makes shipping on the Rhine increasingly difficult. The supply of two coal-fired power plants along the river must also be restricted. The operator Uniper is therefore promising "irregularities in operation".

The water levels on the Rhine continue to fall and threaten inland shipping and the transport of important goods - now also and the power supply. The low water level could force the energy company Uniper to shut down electricity production in two coal-fired power plants.

The company announced that there could be irregularities in operation by September 7 at the Datteln 4 power plants in North Rhine-Westphalia and Staudinger 5 in Hesse. Because of the low water levels, less coal can be transported to the power plants.

Due to the persistent drought, Germany is already heading towards the low water of the century in 2018. "The current low water is increasingly impeding freight shipping in Germany," according to the Federal Association of German Inland Shipping (BDB). When it comes to transporting coal, grain, animal feed, building materials, mineral oil, containers and industrial raw materials, shipping is one of the "systemically important variables".

The water levels, which have been falling for weeks, especially on the Rhine, Elbe and Danube, are a cause for concern and mean that ships can only take part of the usual cargo to avoid running aground. The historical low water levels of 2018 have not yet been reached, but the water levels continue to fall. The Kaub gauge, which is important for Upper Rhine traffic, has a level of 55 centimeters (2018: 25 cm). In Duisburg-Ruhrort on the Lower Rhine, the level was 1.85 meters (2018: 1.53 m).

In Cologne, the water level in the Rhine is 1.03 meters and, according to forecasts, will fall below the one meter mark by tomorrow, Friday at the latest. The lowest known water level was measured there in October 2018 at 69 centimeters. The long-term average is just under three meters. The water levels are not the same as the water depth, but give the experts important information about the navigability of the waterways.

1 Bitter end of the top star: Vetter's declaration... 2 Fewer accidents on coasts: DLRG already counts almost... 3 Despite the corona forecast in autumn: Oktoberfest... 4 'Sad and Shocked': Directors Can't... 5 Prices before tripling: For gas customers, it will... 6 Bavaria: Augsburg "super prepared" for the... 7 North Rhine-Westphalia: Mainz 05 expect a hot fight... 8 Hesse: Despite the heat: swifts move to their winter... 9 Hesse: Corona incidence in Hesse drops to 575.5 10 North Rhine-Westphalia: The mood in the NRW economy... 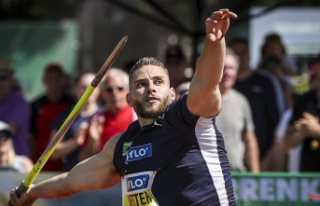