According to a media report, Mercedes will soon say goodbye to the A-Class. 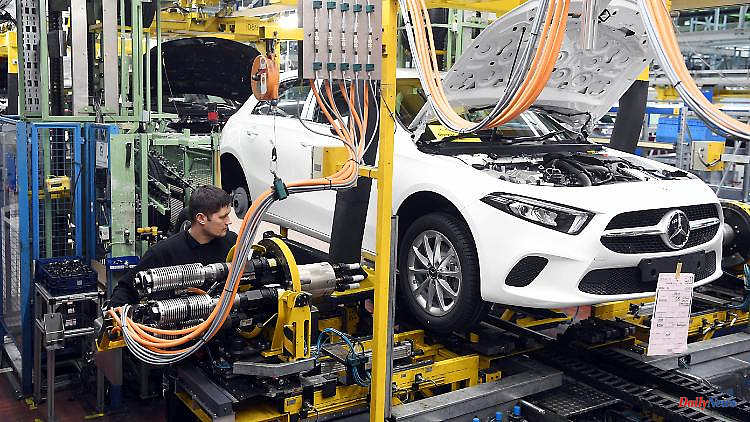 According to a media report, Mercedes will soon say goodbye to the A-Class. With their luxury strategy, Stuttgart could earn more money in the short term. However, it contradicts the future topics of the industry and could scare customers away.

With the apparently planned farewell to the A-Class, Mercedes-Benz is taking numerous risks, as industry experts explain - the outcome is open. According to a report in the "Handelsblatt", the Stuttgart-based company wants to end production of the compact car around 2025, and the B-Class is also to be phased out. This would increase the starting price for a Mercedes from currently less than 30,000 to around 40,000 euros.

At the moment, the luxury strategy, i.e. focusing on the higher segments, is working well, as Stefan Bratzel, who heads the Center for Automotive Management at the University of Applied Sciences in Bergisch Gladbach, states. Due to the shortage of parts, more can be earned from a single vehicle than in the past, especially with larger cars. However, Mercedes' modern luxury strategy harbors risks, says the expert ntv.de. Frank Schwope, auto analyst at Nord-LB, also explains to ntv.de that the luxury strategy can help to become more profitable. "But you also lose entry-level customers who might have bought a luxury car ten years later. You also saw at the base." Bratzel says, "in the longer term, Mercedes could lose touch."

According to Schwope, other manufacturers can be happy. The annual six-digit sales figures for the A-Class would now largely fall to competitors. In addition, Mercedes has to do without the synergies that can be achieved through large quantities. Ferdinand Dudenhöffer, head of the private research institute Center Automotive Research (CAR), sees the greatest danger here. "We think the end of the A and B classes was the wrong decision," he says to ntv.de. The industry expert compares the strategy of CEO Ola Källenius with the former goals of ex-Deutsche Bank boss Josef Ackermann. "Mercedes is drifting into the world of the rich and beautiful, into the world of outstanding profits as the darling of the stock market," writes Dudenhöffer. Similarly, Deutsche Bank was supposed to be an earnings pearl, but Ackermann "maneuvered Deutsche Bank into a life-threatening situation."

Economies of scale, i.e. the cost advantages of large quantities, "drive competitiveness in the car business," writes Dudenhöffer. In his estimation, this will even increase in the future. Above all, software is only developed once in order to be used in all group models. "Either Mercedes buys off-the-shelf goods from suppliers, such as battery cells from Fiat, Peugeot or Opel, or software from Apple, Google or others, in order to be competitive in the cost and price competition of the middle and upper middle class - i.e. the C and E class be, or prices will run away, followed by customers."

For a good two years now, Mercedes has been conspicuous for its extreme cost management, reports Dudenhöffer. But "super scales cannot be beaten by Swedish-Swabian thrift." The expert therefore rules out a return of the Stuttgart company to its former size. "At most you sell or become part of a large group. Those who have lost the Super Scales can only remain small on their own." The margin could remain high, "but you're sitting in a niche". A Mercedes spokesman, on the other hand, emphasizes to ntv: "There will also be compact entry-level models from Mercedes-Benz in the future."

In addition to the economies of scale, Bratzel points to the future issues of the industry: "You have to ask whether the luxury strategy is compatible with the new urban mobility." Although Mercedes has committed itself to electromobility, large vehicles need a lot of space - the cities are currently rethinking their consumption, for example through parking. In five to ten years there will also be more city toll projects. The drivers of luxury cars can afford high fees, but there is a tension here, says the industry insider. With their luxury strategy, the Stuttgart-based company has also said goodbye to driving services such as sharing.

Bratzel believes more in the inner values ​​of a car, luxury is also conceivable in a smaller vehicle: via the interior, a high level of networking, digital services such as booking tickets in the car, virtual reality or even autonomous driving, for example to work in the car . 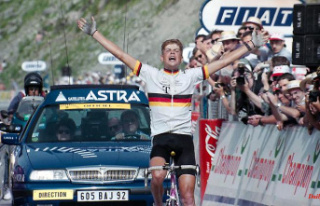