Salaried employment: 69.500 net creations by the private sector in quarter one

According to the final estimate by INSEE, the private salaried employment in France slowed down in the first quarter.

According to the final estimate by INSEE, the private salaried employment in France slowed down in the first quarter. This was 0.3% or 69.500 net job creations.

This is almost the same increase as in the May 6 flash estimate. Private salaried employment increased 0.8% in the fourth quarter 2021 (167,200), which ended a great year for employment.

INSEE has made a methodological shift to revise job creations from the end 2019 to the end 2021, in order for work-study students to be included. This is something it has not done before. In a press release, INSEE states that work-study students are unambiguously considered to be employed according to the International Labor Office's definitions. The Institute announces that, despite apprenticeship rising sharply in 2020 and 2021, it has been recognized that 240,000 more jobs will be created between 2019 and 2021.

Total, salaried employment increased by 3.6% in the first quarter 2022 (i.e. 724,900 jobs). INSEE explains that almost a third of the increase in employment over a year can be attributed to the dynamism in work-study, particularly in apprenticeship. At the end March 2022, the private sector's total of salaried jobs had increased by 3.3% or 651,700 jobs, compared to the level at the beginning of 2019. After seven quarters of growth, temporary work, which is the compass of a job market, dropped slightly in the first quarter (-1.7% or -13.800 jobs).

Private salaried employment continued to grow in the commercial tertiary industry (0.6% or 78,000), after the loss of 70,300 jobs in quarter two of 2021. This is the main reason for the rise in total salaried jobs. This increase was led by the business services sector (34,300 job, excluding temporary staff), followed by the information and communications sectors (19,300 job), household services (12 800 jobs), and trade (11,300 job). The other sectors were virtually stable during the quarter.

1 July weekends thinned out: Lufthansa and Eurowings... 2 Association had the field X-rayed: Austria is building... 3 Accident with VTOL aircraft: dead in the crash of... 4 Sustainably successful: German award for sustainability... 5 One degree more possible by 2028: In Germany it will... 6 Baden-Württemberg: OB candidate Bauer for reason... 7 Hesse: sun and clouds in Hesse 8 North Rhine-Westphalia: Lots of clouds, but rarely... 9 Saxony: full closure in Dippoldiswalde from Monday 10 North Rhine-Westphalia: suspected illegal tobacco... 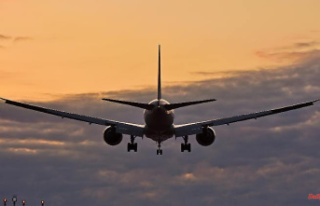