There is no more petrol at the petrol stations, electricity could become unaffordable: the people of Sri Lanka are suffering from the economic crisis. 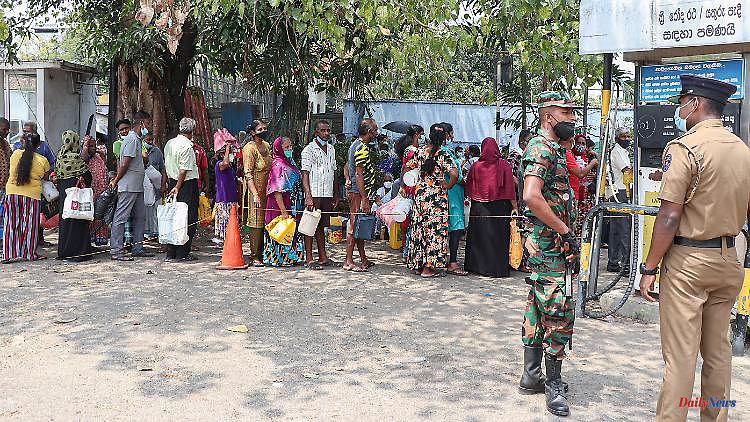 There is no more petrol at the petrol stations, electricity could become unaffordable: the people of Sri Lanka are suffering from the economic crisis. The government has banned the sale of fuel for two weeks. Politicians are hoping for a solution to the problem in Moscow.

In the crisis-ridden island state of Sri Lanka, the state monopolist Ceylon Electricity Board (CEB) wants to drastically increase the price of electricity for the poorest. The tariff for a maximum of 30 kilowatt hours per month is to be raised from the current 54.27 rupees (the equivalent of 14 cents) to 507.65 rupees - an increase of more than 800 percent, according to the public utility commission.

A majority of private households will not be able to pay this increase, said the commission chairman Janaka Ratnayake in Colombo. "Therefore we have proposed that the Treasury Department give a direct subsidy so that the increase can be halved." A decision has not yet been made. According to Ratnayake, companies should pay 43 to 61 percent more for electricity. According to Ratnayake, CEB should also be able to demand foreign currency as payment from electricity customers who receive foreign currency, such as export companies.

Sri Lanka is in the middle of its worst economic crisis since independence. A few months ago, the government imposed a 13-hour power cut a day - it was reduced to four hours because hydroelectric power stations have since filled up. Petrol and diesel are practically sold out. There are regularly long queues in front of gas stations. A few days ago, a man died while waiting at a gas station. According to the police, the 63-year-old waited in his car for five days and complained of chest pains shortly before his death. He was believed to have died of a heart attack given the long stay in the intense heat.

In response to the fuel shortage, the government has banned the sale of petrol to individuals for two weeks. Until July 10, fuel will only be available for absolutely necessary services such as vehicles in the health sector, at the port, airport or for food distribution, said Transport Minister Bandula Gunawardana. At the same time, government offices and a number of schools to which students need transport remained closed.

The new fuel sales restriction is likely to further affect the economy in the country. However, the minister assured that there are plans to make more fuel and gas available after July 10th. He left open exactly what these plans should look like.

The heavily indebted island state south of India lacks the money to import important goods such as fuel or medicines. The country is asking the International Monetary Fund and several countries for help, among others. Energy Minister Kanchana Wijesekera apologized on Sunday for the tense situation and announced that two ministers would travel to Moscow to talk about buying cheap Russian oil. 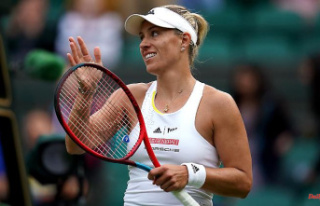 First round in Wimbledon: Kerber wins at high speed,...