Saudi Aramco, the world's largest oil company reported $30.4 billion third-quarter net income Sunday. This was due to a rise in oil prices and recovery of demand as the coronavirus pandemic subsides. 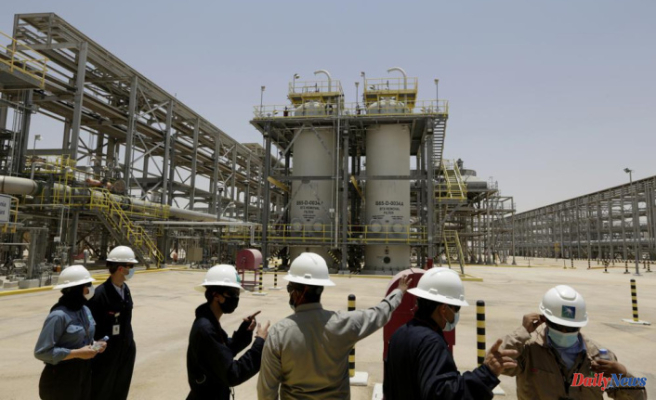 Amin Nasser, CEO of Aramco, described third-quarter results for the company as "exceptional," a result "increased economic activities in key markets" and "a rebound in energy demande," even though supply chain bottlenecks threatened the global economic recovery.

Earnings have increased by 158% due to the global loosening virus-induced restrictions, tightening gas supplies, and acceleration of vaccination campaigns which has pushed crude oil prices sharply up. On Sunday, the Brent international benchmark crude oil traded at $83.50 per barrel.

As governments loosen restrictions on gasoline and aviation fuel, consumers and businesses are now using more of it. This has led to an increase in energy market activity.

Nasser stated, "We are optimistic that the energy demand will remain strong for the foreseeable future."

Crude prices have been supported by production cuts by the Organization of the Petroleum Exporting Countries (OPEC+) and their allies.

The group is gradually increasing consumption and has begun adding barrels to the market. It plans to pump 400,000 barrels per day through December, raising Saudi Arabia's limit at 11 million barrels to 11.5million next year.

The oil giant's third quarter earnings, which were only a fraction of its shares three year ago, was a significant improvement over the same quarter in 2019 that brought in $21.3 billion.

Aramco shares finished 0.4% higher Sunday after the earnings report. A share costs 37.90riyals or $10.10 on Riyadh’s Tadawul Stock Market. Its market capitalization of $2 Trillion, which is just below Apple's, makes Aramco one of the most valuable companies in the world.

Aramco declared a $18.8billion dividend in the third quarter in line with its target. This will be paid in quarter four. The company stated that it will keep its promise to pay a dividend of $75 billion, almost all of which will be paid to the Saudi government which holds 98% of Aramco's shares.

The state-backed firm's quarterly dividend was not enough to offset the increase in free cash flow.

Capital expenditures by the firm, which are mainly directed towards pumping more oil, increased 19% in the third quarter compared to a year ago.

Saudi Arabia joined more than 100 other countries in promising to reduce its carbon emissions to net zero by 2060. It has not changed its position as the world's leader in oil production, despite growing pressure on governments to invest more in renewable energy. 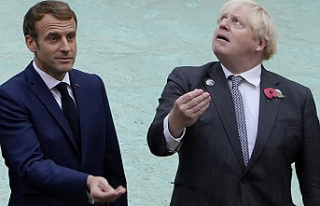