Save or stop production?: This is how industry reduces its gas consumption

The situation on the gas market is difficult, Robert Habeck calls for drastic savings measures - with success: the industry uses much less gas. 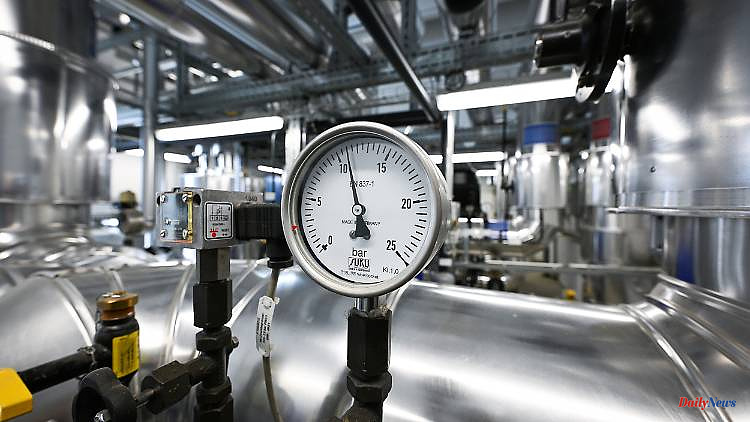 The situation on the gas market is difficult, Robert Habeck calls for drastic savings measures - with success: the industry uses much less gas. At the same time, however, she warns that this is not a success, but an expression of a massive problem.

First the early warning stage, then the alarm stage: Economics Minister Robert Habeck has been pulling one ripcord after the other since March. The next step is the third stage of the "gas emergency plan". Then the Federal Network Agency would intervene and regulate the distribution of gas. To prevent this, the industry must save as much as possible. Otherwise "it gets really tight in winter," said Habeck in June. Now his wish has come true: according to the Federal Network Agency, the industry saved 21.3 percent of gas consumption in July and 22 percent in August compared to the average for the last three years.

That initially sounds like a success - the gas storage facilities are also well stocked. But the Federation of German Industries (BDI) sounds the alarm and warns against drawing the wrong conclusions. Because behind the savings are "often no gains in efficiency, but a dramatic drop in production. This is not a success, but an expression of a massive problem," said BDI President Siegfried Russwurm.

"It's not quite that simple," says Martin Gornig, research director for industrial policy at the German Institute for Economic Research in Berlin, in an interview with ntv.de. There is currently no representative data on how exactly the gas savings in the industry came about. What is there are numbers about the decline in production in Germany. The Federal Statistical Office calculates that industrial production in July was 1.6 percent lower than in the same month last year. In the energy-intensive sector, 5.7 percent less was produced in July than in July 2021.

"The drop in production alone does not explain the massive gas savings," explains Gornig. Even if the energy-intensive sector actually consumes a lot of gas, a drop in production of around six percent did not account for almost 22 percent savings. "In addition to production cutbacks, something else must have happened." The industry expert includes a change in raw materials and the introduction of efficiency measures.

Mercedes-Benz is currently trying to do the first, as CEO Ola Källenius told the "Spiegel". Electricity from gas combustion should be replaced as often as possible with electricity from renewable sources. The pharmaceutical and chemical group Merck is also preparing a fuel switch: "We are prepared to shift our production processes to oil, among other things," said boss Belén Garijo of the "Frankfurter Allgemeine Zeitung". The glass industry, which is particularly dependent on natural gas, has also found solutions. For example, the company Weigand Glas wants to heat its melting tanks with light fuel oil instead of natural gas, as reported by the time. And the special glass manufacturer Schott has purchased propane gas in order to be able to maintain production in an emergency.

But switching fuel is not that easy. "Many companies don't have the opportunity to switch over at short notice," says Malte Küper, an energy expert at the Institute of German Economics in Cologne, in an interview with ntv.de. Although some companies could fall back on coal or oil stoves, in many cases a switch is only feasible in the long term. And: "The large gas consumers in the chemical industry in particular use gas not only as energy, but also as a raw material," continues Küper.

The industry has switched to gas in recent years - the phase-out of coal is approaching and the polluting oil is no longer up to date. Gas should have been the bridge until a green hydrogen is available. But in the meantime the gas price has shot up to record highs.

The incentive to use an alternative fuel is therefore extremely high. Nevertheless, according to a non-representative BDI survey, 37 percent of medium-sized companies in Germany are dependent on natural gas. But there is definitely a part of the industry that is trying to switch: According to the survey, five percent are currently switching to electricity and ten percent to oil. It is difficult to say what proportion these 15 percent account for in the industry's energy consumption. At least a small part of the 22 percent will be.

While Mercedes and Merck, for example, are trying to find alternative energy sources, other companies are trying to improve the problem of high gas and electricity prices through efficiency measures. Such measures may have led to savings for some companies. Expert Küper from the IW sees efficiency measures as part of the solution, especially for small and medium-sized companies, but warns against expectations that are too high. After all, energy prices in Germany have been very high in recent years compared to other countries. "Efficiency measures have already paid off in recent years," he says. The unprecedentedly high prices may still allow one or the other innovative solution to be found.

This appears to be the case in the steel and aluminum industries. Normally, these factories use renewable energy to generate electricity and only use gas-fired power plants at night or when the wind is calm. The expensive gas prices are now forcing the industry to take new efficiency measures: "Steel and aluminum manufacturers are reacting to this, for example by skipping a shift when electricity is particularly expensive," said Oliver Ruhnau, energy market expert from the Hertie School in Berlin, the "Spiegel ". Instead, more is produced at other times. In this way, the factories save gas without shutting down production.

The gas that saves the most is what Habeck also demands from private consumers: not to even turn on the heating. And that is the big fear of the BDI: that production will be shut down this winter. According to the trade association, nine percent of small and medium-sized companies in Germany have reduced their production or stopped it altogether. However, that is only two percent more than in February 2022 - even then energy costs were high, but not nearly as high as they are today.

Some of the savings will certainly have come from stopping production. This can only be seen in the chemical sector. Chemical production fell by eight percent in June compared to December 2021, with the energy-intensive production of ammonia in particular recording a massive decline.

"We will only know a few years after the crisis whether the current crisis will lead to de-industrialization," says Küper. "However, the signals from the economy are alarming and it is now up to politicians to get companies through the crisis safely and to prevent deindustrialization by all means." 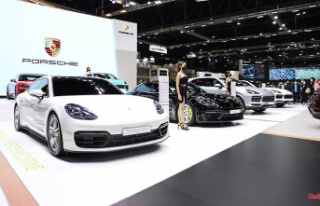