Senate Montero accuses the PP of delaying the "yes is yes" law, pointing to a JxCAT amendment for "gross electoralism" 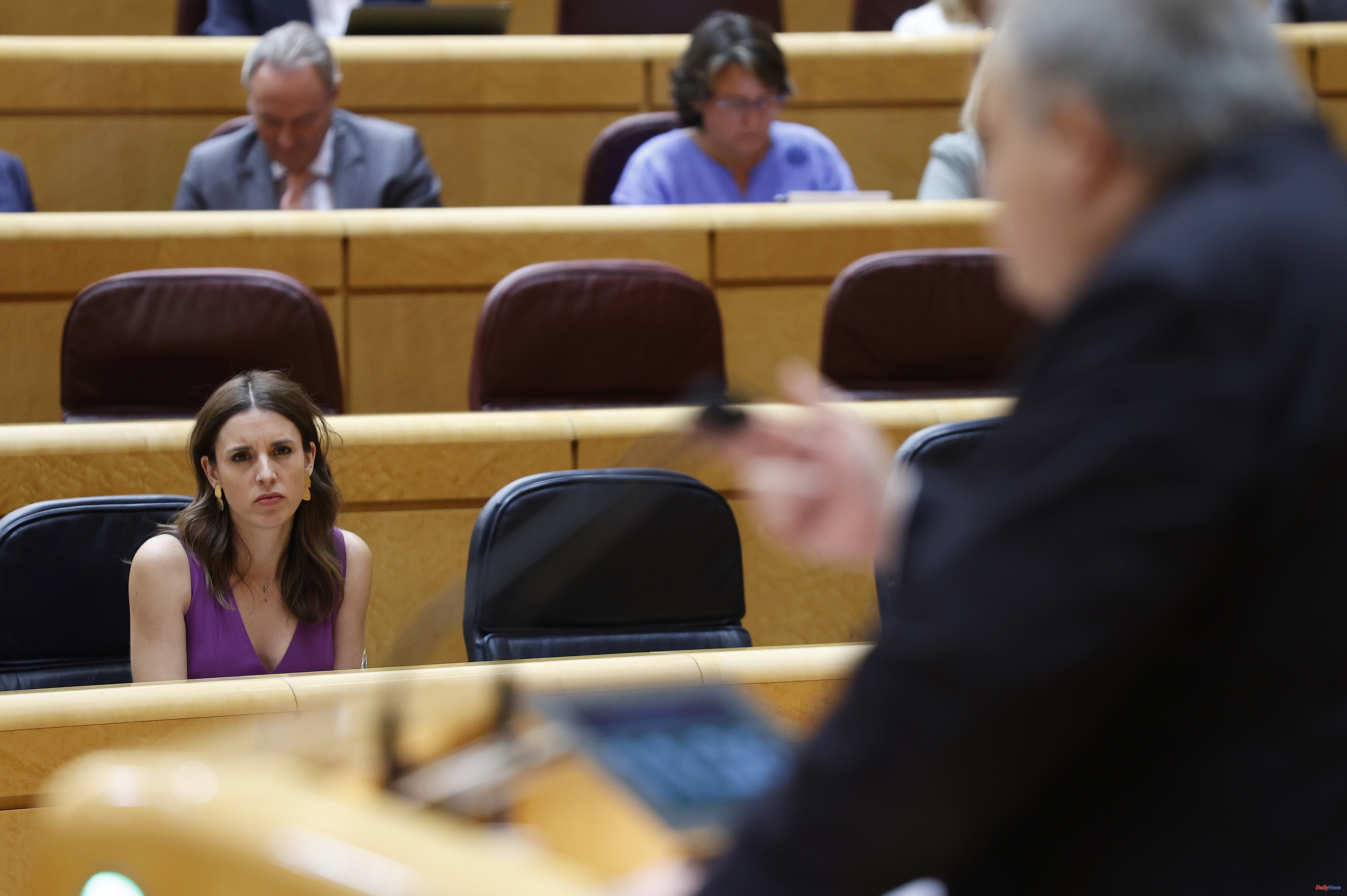 Last plenary session in the Senate marked by urgency, express procedures, shocks and anecdotes. An agenda full to overflowing that, like a full broom, has given the green light to the initiatives that the Government intended to approve by forced marches, except for three that will return to Congress, albeit briefly, for having introduced last-minute amendments by the groups . These are the laws of Sexual Freedom, Bankruptcy and Science. The stumble of the first, flagship project of the Ministry of Equality, and better known as the "yes is yes" law, is the one that has focused all the attention. The text will see its final approval delayed until after the summer after the Chamber has accepted, with the vote of the PP and multiple formations, an amendment to it from JxCAT.

The Minister for Equality, Irene Montero, snubbed by the setback, has chosen to blame the delay on the PP, accusing it of "gross electoralism" by signing up for the famous amendment and thus torpedoing, at least for now, the entry into force of a law that, in his opinion, is especially urgent in the summer season when cases of abuse multiply.

The amendment in question was signed by JxCAT and had the support of the nationalists, the PP, Ciudadanos, Izquierda Confederal and ERC. It was just a question of modifying a letter in a word - changing forced to forced - so that the adjective made reference not only to forced sterilizations but also to abortions. It is, therefore, a minor retouch, but in the opinion of the Chamber's lawyers it goes beyond a simple spelling error and affects the content of the article.

Parliamentary regulations establish that, in the event that the Senate introduces amendments to a bill that has come from Congress, it must return to the Lower House to either ratify the change or annul it. The inconvenience will be resolved after the summer break and the law will come into force without further problems. Despite everything, the Ministry of Equality insists that they are working to try to ensure that the rule does not have to wait until September and meanwhile, Irene Montero attacks the popular accusing them of maliciously signing up for an amendment that, without their votes, it would not have prospered.

The last plenary session of the Upper House has also reserved another anecdote: the wrong vote of the PP leader, Alberto Núñez Feijóo, supporting the controversial express reform promoted by the Government through the Socialist Group, to allow the CGPJ to appoint two magistrates of the Constitutional Court thus giving free rein to the Executive also appointing the two that correspond to it. In this way, before September 13, the ideological sign of the high court will be changed, which will go from having a conservative majority to having it progressive.

Feijóo's mistake has been conspicuous but not decisive for the final approval of the reform that had the majority support of the government parties and their parliamentary partners. In fact, he has come out ahead with 147 votes in favor against 110 against.

The parliamentary session has also given the green light, at the initiative of the PDeCAT, to a modification of the Penal Code that toughens the penalties for minor crimes of theft in cases of recidivism and multiple recidivism. The modification has been introduced through an amendment to the organic bill to facilitate access to financial information which, after receiving the approval of the Senate, will enter into force 30 days after its publication in the BOE.

The modification of the PDeCAT allows, in cases of habitual delinquency, to exceed the current penalty of a fine for prison sentences of six to 18 months in cases of theft with a stolen value of less than 400 euros, in the event that the culprit had been convicted. for at least three crimes of this nature, even if they are minor, and when the accumulated amount of the offenses is greater than 400 euros.

1 In Italy, Mario Draghi obtains the confidence of the... 2 Brussels proposes to reduce gas demand by 15% by limiting... 3 Sri Lanka has a new president: Ranil Wickremesinga,... 4 In Tunisia, Rached Ghannouchi emerges free from his... 5 The mystery of the death of 21 young people, found... 6 Purchasing power: MEPs vote to increase pensions and... 7 Presidency of the LR party: Aurélien Pradié, François-Xavier... 8 "These people": Nupes deputies denounce... 9 Purchasing power: the PCF, EELV and the RN accuse... 10 In Nigeria, the national oil company freed from state... 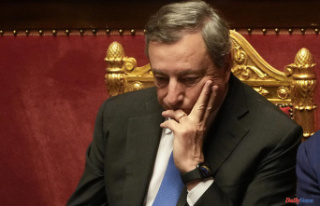 In Italy, Mario Draghi obtains the confidence of the...