"A great loss for all of Ukraine": President Zelenskyj mourns the loss of Oleksiy Vadaturskyj. 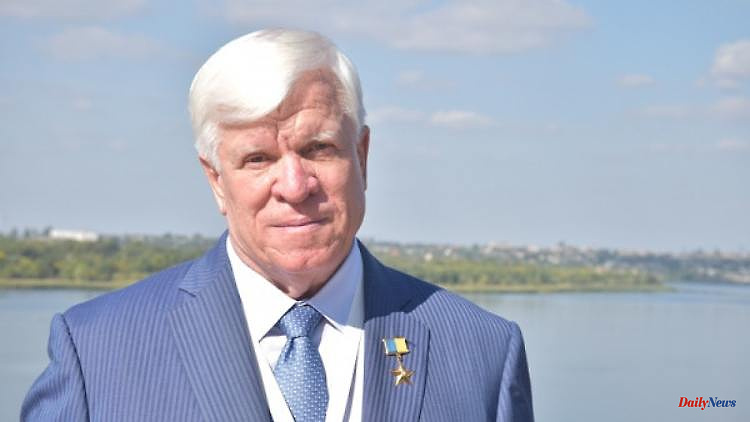 "A great loss for all of Ukraine": President Zelenskyj mourns the loss of Oleksiy Vadaturskyj. The well-known Ukrainian grain entrepreneur and his wife were killed when their house in Mykolaiv was shelled at night.

In the southern Ukrainian city of Mykolaiv, Russian shelling killed the owner of one of Ukraine's largest grain trading companies. "Last night Hero of Ukraine and general director of Nibulon Oleksiy Vadatursky and his wife Rajissa died tragically as a result of shelling," oblast governor Vitaly Kim wrote on Telegram. They died in their house.

Vadaturskyj was 74 years old. His fortune was recently estimated at the equivalent of over 400 million euros. The mayor of the city, Olexander Zenkewytsch, described the nightly shelling on Telegram as "probably the strongest of all time" since the outbreak of war. Three other civilians were injured. About half of the once almost 500,000 inhabitants are said to be staying in the shipbuilding town.

President of Ukraine Volodymyr Zelenskyj personally paid tribute to Vadaturskyj. His death is a "great loss for all of Ukraine". The Guardian quoted from a statement by the head of state that before his death the businessman was in the process of building a modern grain market with a network of transhipment terminals and elevators.

The grain trade in Ukraine has been severely affected by the war with Russia. After weeks of tug-of-war, the warring factions signed an agreement with the UN and Turkey on July 22 to allow grain exports from Ukraine from three ports. According to Ukrainian sources, more than 20 million tons of grain from last year's harvest are still waiting to be exported. After the Russian invasion at the end of February, port operations were suspended for security reasons - Moscow was accused of blocking the grain. The UN increasingly fears hunger crises in the world due to the lack of grain deliveries.

A center to control grain exports was opened in Istanbul on Wednesday. Ships should be inspected when passing through the Bosphorus Strait, i.e. when entering and exiting the Black Sea, to ensure that they have no weapons or the like loaded. The center is staffed by representatives from Ukraine, Russia, the UN and Turkey.

Turkey expects grain exports to start as early as Monday. The probability that a ship loaded with grain will leave a Ukrainian port on Monday morning is very high, spokesman for Turkish President Recep Tayyip Erdogan told Channel 7. There are only one or two details to be solved, according to Kalin.

1 Helicopter pilot and TV star: Hinteregger surprises... 2 Sandhausen flawless in the DFB Cup: Schalke successfully... 3 "Have the best partner": Jodie Sweetin for... 4 North Rhine-Westphalia: Women harassed and helpers... 5 Where you can hear the Bayreuther Ring 6 "The Voice of Germany": Mark Forster praises... 7 Schalke 04 starts with a missed penalty and is caught... 8 Dortmund: women harassed and helpers threatened with... 9 The real causes of the shortage of doctors in Germany 10 No all-clear: forest fires in Saxony continue to rage 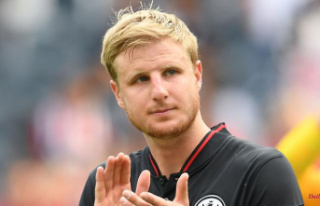