Beijing responded to the Taiwan visit of US House Speaker Pelosi with sharp threatening gestures. 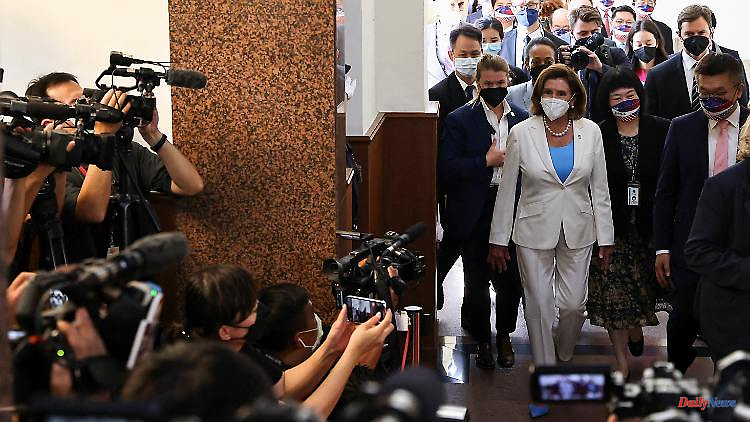 Beijing responded to the Taiwan visit of US House Speaker Pelosi with sharp threatening gestures. The People's Republic thinks it can afford it because of its increased economic importance. But the escalation of the conflict will have consequences.

At the beginning of last year, German car manufacturers felt it painfully: During the corona crisis, Asia's chip manufacturers primarily served the increased demand from the entertainment industry. Full capacity utilization was to the detriment of car manufacturers, just as their order books were filling up again during the upswing. Semiconductors were missing everywhere - Volkswagen, Audi, Daimler had to reduce their production. The then Economics Minister Peter Altmaier asked the world's most important location for semiconductors for direct help: Taiwan.

It was an unusual occurrence. Economic giant Germany is asking the small island nation of Taiwan, which it doesn't even recognize as its own country, directly for political intervention: in favor of "additional capacity for the German automotive industry." The most important semiconductor producers are located in Taiwan. It is also home to the world's largest contract manufacturer, TSMC. Taiwanese Economy Minister Wang Mei-hua received her representatives and envoys from UMC, Vanguard International and Powerchip in Taipei. Afterward, she explained that the companies would do their best to "squeeze out" more chips.

The episode suggests that Germany enjoys a good reputation in Taiwan. However, it also makes it clear that dependencies in the German industrial base could escalate not only with the People's Republic of China, but also with the little breakaway sister - should there be an open conflict between the People's Republic and the Republic of Taiwan. The leadership in Taipei rejects the Chinese creed of "one state, two systems". In the past, both governments got along – sometimes closer, sometimes looser. But the relationship today is icy, since President Tsai Ing-wen insisted on independence. How authoritarian Beijing asserts itself in Hong Kong only strengthens reservations in Taiwan - and fears for the democracy that has been established.

President Xi Jinping is flexing his muscles now that Nancy Pelosi, Speaker of the US House of Representatives, is paying a controversial visit as representative of the US protecting power. He reinforces earlier threats of a possible invasion with patrolling warships, fighter jets and cross-strait maneuvers. China's communist government regards free Taiwan as part of its territory and threatens "unification", if necessary militarily. The status of the island is one of the main points of conflict in the confrontation between the two superpowers, which also poses difficult trade-offs for Europe: Strategically, the Beijing regime is now a rival, economically the partner China remains indispensable.

However, the supply chain disruptions caused by the tough Beijing Corona regime and – last but not least – the increasing nationalist striving of the People’s Republic for economic and technological autonomy are leading to a rethink among Western business representatives. From a German point of view, the trend is towards diversification of production sites – in other Asian countries. The question of whether Taiwan also belongs in this new league of partners contains enough dynamite. Because the bottlenecks in the semiconductor industry in particular have shown how high existing dependencies already are.

Taiwan is a world leader in manufacturing the electronic components that cars, laptops and phones depend on. According to a study by market researcher Trendforce, in 2021 Taiwanese companies handled 64 percent of the world's contract manufacturing of semiconductors. The island has far more producers than mainland China – and leads in technology and innovation. Taiwan Semiconductor Manufacturing (TSMC) manufactures chips for the US customers Qualcomm and AMD, as well as for the technology group Apple, or the car groups Audi, VW and Ford. TSMC is also indispensable as a supplier for China. With factories and a million employees, the Foxconn group is one of the largest employers in the People's Republic.

"Despite the political tensions, economic ties are becoming ever closer," writes Gerhard Stahl, guest lecturer at the Peking University HSBC Business School in Schenzhen, in a new book. Taiwan's economy is closely interwoven with that of the Middle Kingdom. With 44 percent of Taiwan's exports, it (including Hong Kong) is the leading trading partner of the export-oriented 23 million country. This is followed by the USA with a share of 14.7 percent and Japan with 6.8 percent. Germany is the ninth buyer with 1.6 percent of exports.

The industrial landscape is characterized by a few sectors in addition to the high-tech industry, which, in addition to Foxconn (Hon Hai Precision) with electronic and PC components, also includes Pegatron with computer parts and devices: chemicals, textiles, machines and petroleum processing. Car manufacturers such as Mercedes or Volkswagen are based at German companies, Siemens is developing solutions for industrial modernization 4.0 with partners, Infineon is active in battery development for electric cars, Bosch in the Internet of Things, Enercon in the increasingly popular wind energy sector.

Although Taiwan is considered vulnerable to economic crises, it has weathered the recent storms in the global economy and the US-China trade dispute relatively unscathed. In the first year of the corona pandemic, it was able to avoid lockdowns and achieved impressive economic growth of 3.4 percent, which was followed in 2021, despite isolated restrictions with working from home and plant closures, by a record result of 6.6 percent - the highest GDP increase in a decade. Forecasts for 2022 assume a weaker three to four percent and a more negative outlook as a result of the Ukraine war and the weakening global economy.

As the German business representation in Taipei emphasizes, the island is Germany's fifth largest trading partner in Asia. From her point of view, too, "Due to the ongoing trend towards diversification of supply chains and sales markets, Taiwan is increasingly becoming the focus of German companies". More and more companies chose it as an alternative location. The area of ​​research and development is particularly interesting. There, too, the increasingly tense political relationship with China will be seen as a "challenge" in the future.

"The economic interdependence corresponds to the strategy of the People's Republic," author Stahl points out in his book on China. Beijing is promoting economic relations with Taiwan, for example through special economic zones for Taiwan business, with the clear aim of deepening trade and investment relations. China's share of Taiwan's foreign trade has almost tripled in 20 years.

At a press conference with Taiwanese President Tsai Ing-wen in Taipei, Pelosi assured that the US would "always stand by Taiwan's side". The President elected in 2016 was confirmed in 2020 for her course towards independence. It is also pursuing the goal of making its own economy more independent of its larger neighbors - with limited success. The course is supported, for example, by the European Parliament, which spoke out in favor of an intensified partnership with Taiwan last year.

The planned expansion of the leading chip manufacturer Globalwafers into Europe would also have fitted into the President's strategy of diversification. The Taiwanese group wanted to take over the German Siltronic, the fourth largest and smallest manufacturer of so-called wafers, thin silicon disks from which semiconductors for the chip industry are cut. Wacker-Chemie, which wanted to sell, is also involved in the Munich medium-sized company, which is highly profitable with around 4,000 employees and sales of 1.2 billion euros. Globalwafers would have risen to number two in the world.

But the change failed at the Federal Ministry of Economics - already under Green leadership, but with remarkable justification. After a year, the test still had to take into account the approval of the Chinese competition authority with a number of conditions, it said in January. Due to the complexity of these requirements, the examination could not be completed before the end of the acceptance period. The clearance certificate required for the purchase was therefore not issued.

Omission or intention? The German non-decision was also seen by commentators as a fatal signal of indifference to a democratic country under threat from China - and as a wrong decision for its own security of supply. But the question arises as to whether, in retrospect, the ministry did not already anticipate an escalation of the conflict between Beijing and Taipei. Indirectly, that would already be a directional decision on the question of alternative locations for German business in Asia.

The article first appeared on Capital.de. 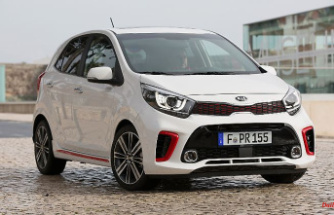 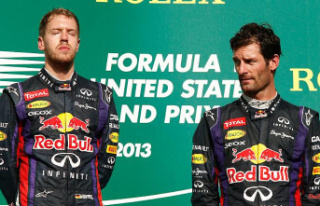