Signs of recession are increasing: US stock exchanges are falling at the beginning of the week

On Wall Street, prices fall significantly at the start of the week. 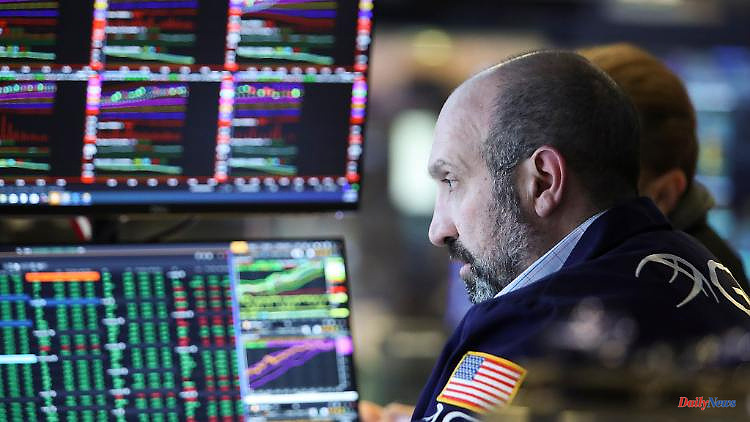 On Wall Street, prices fall significantly at the start of the week. In addition to the Ukraine war and high inflation, the bond market is also showing signs of a possible recession. In addition to financial values, the prices of cryptocurrencies lost again, sometimes massively.

Investors are fleeing the US stock market on fears of a recession. The US blue chip index Dow Jones fell 2.79 percent on Monday to a one-and-a-half year low of 30,516.74 points. The same was true for the broad S

Investors feared central banks will have to take more drastic measures to contain inflation, said Stuart Cole, chief economist at brokerage firm Equiti Capital. "Lower growth and an eventual recession are increasingly seen as the price for this." This was reflected in a development on the bond market. At 3.26 percent, two-year government bonds threw off as much as they did more than 14 years ago and more than their ten-year counterparts. These returned at 3.155 percent. This phenomenon, called the inverted yield curve, is seen as a harbinger of a recession.

Due to the ongoing price pressure, a rate hike of 0.75 percentage points in July is considered certain. Such a big step could also come on Wednesday, when the Fed discusses its monetary policy. Investors put the probability of this at 25 percent. They see a 75 percent chance that the increase will be half a percentage point, as signaled. That pushed the dollar index, which tracks rates against major currencies, temporarily 0.6 percent to a 19-1/2-year high of 105.07 points. Financial stocks, on the other hand, threw investors out of their portfolios. Bank of America, Citigroup and JPMorgan shares fell by up to 3.1 percent.

The pessimists were also in the majority on the commodity markets. New lockdowns in parts of the Chinese capital Beijing fueled additional speculation that demand would fall. US crude oil WTI fell 0.2 percent to $120.87 a barrel (159 liters). The price of the industrial metal copper also fell by one percent to $9,352 a ton. Because of the strength of the dollar, which makes gold less attractive for investors outside the USA, not even the "anti-crisis currency" could escape the downward trend and lost 2.2 percent to $1,830 per troy ounce (31.1 grams). Bitcoin and Ethereum fell even more steeply. With losses of up to 23 percent to $22,590 and a good 30 percent to $1165, the two cryptocurrencies are heading for their largest daily loss since the stock market crash in March 2020. In addition to recession fears, problems at the financial services provider Celsius, which specializes in cryptocurrency loans, made investors nervous. "Everything is collapsing in the crypto world and it's only going to get worse," said Neil Wilson, chief analyst at online brokerage Markets.com.

Against this background, stocks from the cryptocurrency sector and companies dealing with the Bitcoin

1 Cycling. Tour of Switzerland: Solo of the Norwegian... 2 gap. The car was stolen and then embedded in a low... 3 Rangnick's ÖFB-Elf disappointed: France remains... 4 Legislative 2022. Jean-Michel Blanquer was beaten... 5 Ille-et-Vilaine. The circus managers hit a mayor who... 6 "Decision in the family": Prince Andrew... 7 Soccer. Australia is the Blues' first foe at... 8 Covid-19. After restrictions were lifted, general... 9 Ille-et-Vilaine. Rennes knife attack, 28-year old... 10 Purchasing power. Diesel has risen above the symbolic... 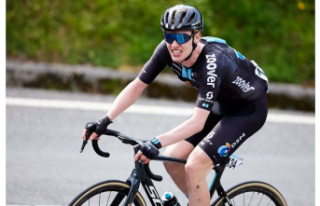 Cycling. Tour of Switzerland: Solo of the Norwegian...