After a strong previous week, sadness is returning to Wall Street. 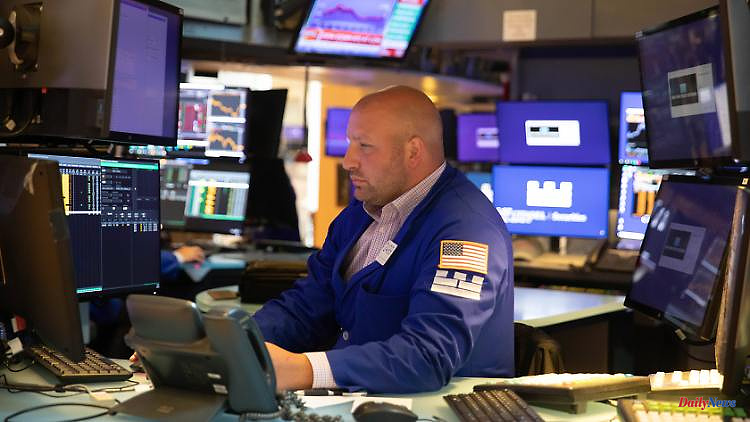 After a strong previous week, sadness is returning to Wall Street. The leading index, the Dow Jones Industrial, closed down 0.2 percent after lethargic trading with little impetus.

After the strong surcharges at the end of the week, Wall Street closed with slight losses. Unexpectedly weak economic data recently fueled hopes that the US Federal Reserve might be less harsh than previously feared when it comes to the forthcoming interest rate hikes. Some of these were disappointed again this Monday by the data published on incoming orders for May, which turned out to be significantly better than expected.

"Any good macroeconomic news is interpreted as bad market news," said Florian Ielpo, head of macro at Lombard Odier Investment Managers. "If we continue to see strong growth and high inflation, the Fed and ECB will hike rates and we will enter a recession," the participant said. Equities should find near-term support, however, as investors look to intensify portfolio rebalancing ahead of the end of the second quarter on Thursday.

A number of dates and appointments are on the agenda this week, including a meeting between Fed Chair Jerome Powell and representatives of the EU and UK central banks.

Biontech's shares were worth a look with an increase of more than 7 percent. The price benefited from an interim report from the company on its coronavirus vaccine, which showed positive results against the new variants of the coronavirus. Shares in low-cost airline Spirit Airlines fell 8 percent after the company decided to accept a takeover bid from Frontier Group Holdings. The Frontier offer is superior to that of Jetblue (1.6%), according to Spirit. Spirit shareholders are scheduled to vote on the bids at an extraordinary general meeting on Thursday.

Oil prices rose for the second day in a row. The increase was a good 2 percent. The gains came on expectations of strong demand for fuel over the July 4 holiday weekend and as the G7 countries attempted to set a price cap on oil from Russia, it said. While Price Futures' Phil Flynn doesn't think a price cap would be a good thing, he added: "Any action by the G7 to further limit oil and gas production will have a positive impact on oil and gas prices."

The dollar continued to add to Friday's decline. The dollar index lost 0.3 percent. According to Bank of America, however, the greenback should continue to benefit from the prospect of rising interest rates. "Nevertheless, the current market situation is unique in that the US dollar is the sole winner of the rate-hike cycle, even as other central banks take a more aggressive approach," the analysts said. Bonds were also sold. The ten-year yield thus increased further and rose by 7.2 basis points to 3.2 percent. Market participants justified the sales with the inflation data due this week, which could allow further conclusions to be drawn about the actions of the US Federal Reserve.

The price of gold went slightly down. The main focus here was on the deliberations of the G7 on the introduction of an import ban on Russian gold. But "Western countries have already restricted their transactions with Russia, so this ban would only confirm what most have already done," said Edward Moya, market analyst at Oanda. 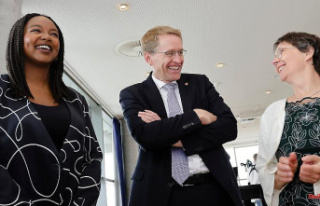 Mayor of Rostock becomes minister: the way is clear...