Wall Street continues its upward trend at the beginning of the week. 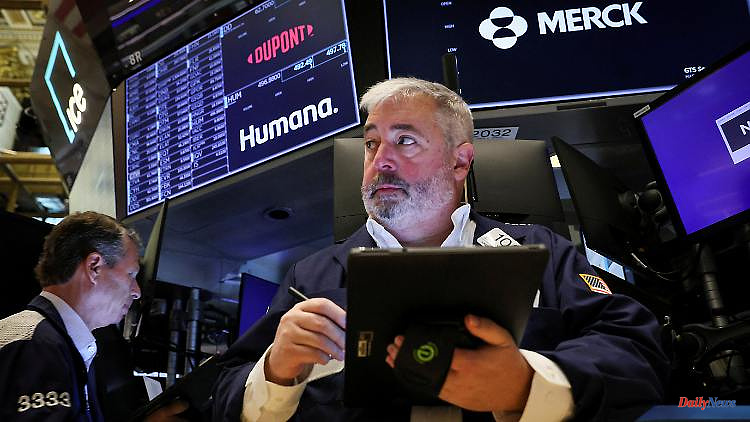 Wall Street continues its upward trend at the beginning of the week. Weak economic data are raising hopes that the US Federal Reserve may tighten interest rates less than feared. Papers from Chinese companies such as Alibaba and Baidu are coming under pressure.

Confidence gained the upper hand on Wall Street on Monday after initial disappointment with economic data from China and pushed stock prices further higher. The Dow Jones index of standard values ​​was up 0.4 percent at 33,904 points on Monday, the broader S

Bad news is shrugged off, said Michael James of Wedbush Securities. Portfolio manager at Kingsview Investment Management, Paul Nolte, attributed the positive development to monetary policy expectations. Market participants expected that the Fed would not raise interest rates as much as feared. And from their point of view that will be good for the stock market.

Easing price pressures in the US last week fueled speculation that the US Federal Reserve might slow the pace of the rate hike cycle, boosting stock prices. High growth company stocks benefited from lower US Treasury yields. Apple and Microsoft shares advanced between 0.5 and 0.6 percent.

On the economic side, the Empire State Manufacturing Index slipped to minus 31.3 points in August. A plus of 5.0 points had been expected in advance. "The US Empire data has been abysmal and has reminded the Fed to be extra cautious with their monetary policy as the US economy has put on an emergency brake," said Naeem Aslam, market analyst at brokerage firm AvaTrade.

China's central bank is braving itself against the economic slowdown in the wake of the Corona crisis with the surprising reduction in important interest rates. Both retail sales and industrial production fell short of expectations in the People's Republic in July. "These are further signs that growth momentum is declining rapidly after the Shanghai lockdown," said Alvin Tan, strategist at finance house RBC. "Monetary policy is losing traction, apart possibly from the exchange rate, with exports being the only bright spot in the economy."

In terms of individual stocks, US-listed shares in Chinese e-commerce giant Alibaba and internet group Baidu came under pressure. The titles each fell by around 0.6 percent.

Meanwhile, analysts have been optimistic that the move to delist five Chinese state-owned companies from the New York Stock Exchange could pave the way for Beijing to reach an audit deal with the United States, ending a dispute more than a decade old.

1 "Introduced a bit differently": Klosterhalfen... 2 Twins at the age of 62: Jauch brings the senior father... 3 Hesse: motorcycle crashes into crash barrier: 65-year-old... 4 North Rhine-Westphalia: warehouse in Essen is on fire 5 Baden-Württemberg: serious accident on B28: one dead,... 6 Investigation in Georgia: Prosecutors are investigating... 7 Struggling, but with a second chance: Klosterhalfen... 8 Hessen: No persecution? Refugee sues against BAMF... 9 Mother reports change: Rushdie attacker radicalized... 10 No initial suspicion at Cum-Ex: Public prosecutors... 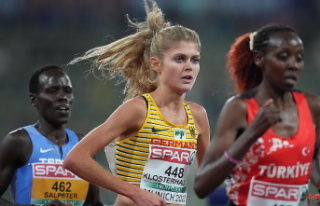