Unlike Germany, Spain obtains its natural gas from North Africa and via liquid gas terminals. 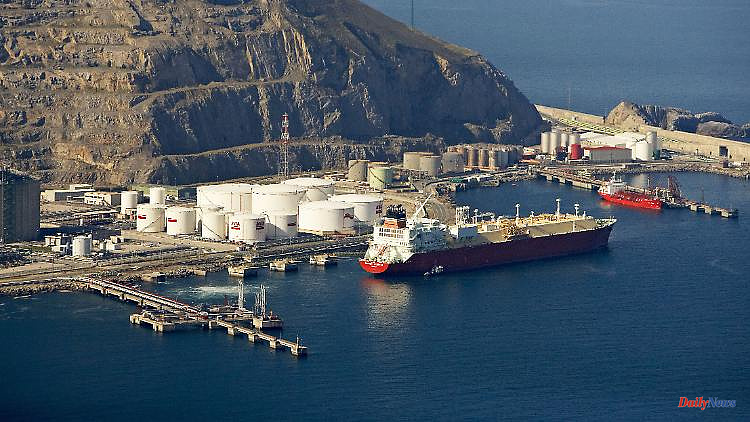 Unlike Germany, Spain obtains its natural gas from North Africa and via liquid gas terminals. A well-developed network that arouses desires in Berlin. However, the infrastructure ends at the French Pyrenees. The Spanish government expects money from the EU for further construction.

Spain has what Germany is sorely lacking at the moment: liquid gas terminals and the associated storage facilities. And six of them, which corresponds to about 25 percent of the total European capacities in this area. In addition, natural gas from Algeria in North Africa flows through two pipelines into the well-developed Spanish network. It's just a pity that there are hardly any pipelines to the north and Spain together with Portugal is like an island when it comes to energy. That should change as soon as possible after the attack on Ukraine, namely through the construction of new pipelines. Natural gas would still flow through them for the next ten to fifteen years, but then green hydrogen would flow in the long term.

"These gas pipelines are already being advertised as hydrogen pipelines, because fossil fuel infrastructure can hardly be enforced anymore," says energy expert Ángel Saz from the Esade think tank in Madrid. "It's not a lie that in the long term these will be lines for hydrogen," he adds. Green hydrogen would be particularly important for Germany's energy-intensive industries.

The main driver of the conversion is the EU Commission. In mid-May, she presented her plan to transform the European energy system, the so-called "REPowerEU" plan. The aim is to reduce energy consumption, accelerate the expansion of renewable energies and open up new sources for gas supplies in order to become independent of Russian gas. With the last two points, Spain expects a good chance. Both in the transport of natural gas northbound and in the long term in the production and transmission of green hydrogen, which is produced using electricity from renewable sources such as wind or sun.

"If new pipelines, then only hydrogen pipelines," says a representative of the gas industry. He hardly likes to use the Spanish word for gas pipelines, "Gasoducto", anymore. He explains how existing gas lines could be converted to hydrogen "without much effort".

The spokesman prefers not to have named his name or that of his company. Everything is in flux right now, nothing is set in stone yet, he says. And it's about political decisions and a lot of money, he justifies his caution.

Because the Commission wants to mobilize up to 300 billion euros as part of "REPowerEU". Of this, 72 billion euros are earmarked for grants and 225 billion euros for loans. A part, up to 10 billion euros, is to be invested in the financing of missing gas and liquid gas connections, including from Spain to the north. Spain's head of government, Pedro Sánchez, has just reiterated that the expansion must be financed by Brussels because the pipelines are intended to bail out northern Europeans, especially Germany.

So far there are only two smaller pipelines across the Pyrenees to France. Together they have an annual capacity of just seven billion cubic meters. To put this in context: until the start of the Russian war of aggression against Ukraine, the EU imported around 150 billion cubic meters of gas from Russia every year.

Two projects are discussed. On the one hand, this involves the revival of the Midcat project, which was canceled in 2017, a natural gas pipeline from Barcelona via the Pyrenees to Barbairan in southern France. On the Spanish side, the tube up to Hostalric, not far from the border, was then completed. "This Midcat was unprofitable at the time and was terminated. Today, however, security of supply is the priority and therefore the construction of the pipeline would have to be financed by Europe," explains the Ministry of the Environment.

Germany is also campaigning for the further construction of the Midcat gas pipeline. "Yes, absolutely," said the German ambassador in Madrid, Wolfgang Dold, when asked by the newspaper "La Vanguardia" at the end of March whether Germany supported this project. Germany is in talks with Spain and France about this.

The second pipeline would run from Barcelona through the Mediterranean Sea to the port city of Livorno in Tuscany, Italy. According to energy experts, this project is still in a very early phase. However, the good gas connections from Italy to the north made this line interesting. In addition, it would circumvent the blockade of France, which itself is not very interested in gas because of its focus on nuclear energy, Saz points out. But some patience is needed.

In the best-case scenario, the construction of the two pipelines will take two to three years, say experts. You have to go through the approval process first. And there could still be significant opposition from environmentalists in Spain and France. "I think there will be a lot of resistance," says Saz. But maybe people will be convinced that hydrogen lines are not only good for the climate, but also bad for Russian President Vladimir Putin because they make democracies independent of such dictatorships.

1 More money for seniors: There is not a higher pension... 2 Mecklenburg-Western Pomerania: drunks want to reenact... 3 Antitrust law "with teeth": Habeck wants... 4 Managers want control: Every third office worker has... 5 Saxony: climate activists block the road in Leipzig 6 Bathing in your own pool: These building regulations... 7 Transition phase at work: Use the time between two... 8 Baden-Württemberg: Fires and damage after thunderstorms... 9 Saxony-Anhalt: Schoolgirls from Sangerhausen win poster... 10 Bavaria: 23-year-old dies in a frontal collision with... 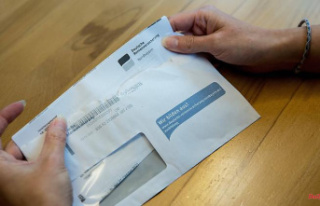 More money for seniors: There is not a higher pension...