Start after warning strike: Lufthansa is not planning any flight cancellations today

The warning strike by the ground staff at Lufthansa ends in the early morning. 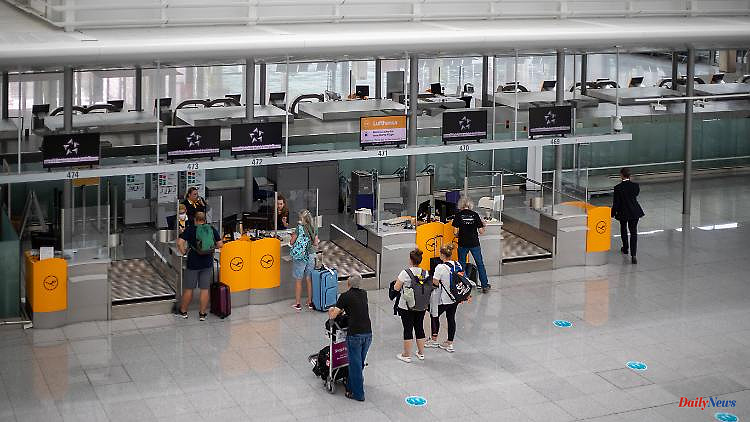 The warning strike by the ground staff at Lufthansa ends in the early morning. After 134,000 passengers had to change their travel plans on Wednesday, all flights are to take place as planned today. Transport Minister Wissing is pushing for a quick agreement on the collective bargaining dispute.

After the warning strike by the ground staff with more than 1000 flight cancellations, Lufthansa wants to take off again today. There are no scheduled flight cancellations, a company spokeswoman said the day before. The Verdi strike is not officially scheduled to end until 6 a.m., but the union had already announced that it would no longer actively mobilize in the early hours of the morning. Lufthansa therefore wants to get the first wave of flights in the morning without cancellations if possible.

Very busy days can be expected at the airports, as Baden-Württemberg has already started its summer holidays and Bavaria will follow at the weekend. Verdi had ruled out further industrial action before the next round of negotiations. On Tuesday and Wednesday, Lufthansa canceled more than 1,000 flights with 134,000 affected passengers at the Munich and Frankfurt hubs. Verdi had called around 20,000 ground staff on a warning strike in order to put pressure on the salary negotiations. The company has criticized the strike, which was called after just two rounds of negotiations, as disproportionate.

Meanwhile, Federal Transport Minister Wissing called on Verdi and Lufthansa to quickly resolve the wage war. "Responsible and quick negotiations are appropriate after air traffic already has enough problems to deal with," said the FDP politician to the "Bild" newspaper. He emphasized that the conflict had to be resolved "within the framework of collective bargaining autonomy". "Both parties to the collective bargaining agreement should think of the travelers and not settle their dispute on their backs," Wissing continued.

Union politicians campaigned for Wissing to be involved in the collective bargaining dispute. "Mister, bring the collective bargaining parties to the negotiating table. Take your responsibility for German air traffic and make sure that people can finally fly on their well-deserved vacation after two years of travel restrictions," said the deputy chairman of the CDU/ CSU parliamentary group, Ulrich Lange, of the "Bild" newspaper.

1 But still no all-clear: fire-fighting helicopters... 2 Bavaria: Why it's so dry in Franconia - and not... 3 Baden-Württemberg: Pedestrians hit by a car and critically... 4 Baden-Württemberg: fire in the warehouse: helicopter... 5 The "infernal machine" was supposed to kill... 6 Talks: Baerbock wants to talk plainly in Turkey -... 7 Triumph for Joe Biden - "The Americans have been... 8 Northern Philippines rocked by hundreds of aftershocks... 9 Cost reduction: Links for cheap tickets and investments... 10 Macron receives the Saudi crown prince, who continues... 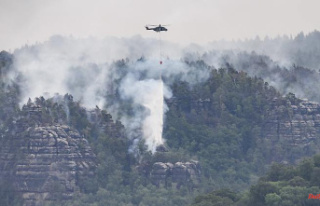 But still no all-clear: fire-fighting helicopters...