With the introduction of the 9-euro ticket, significantly more people are traveling by train than usual - with consequences. 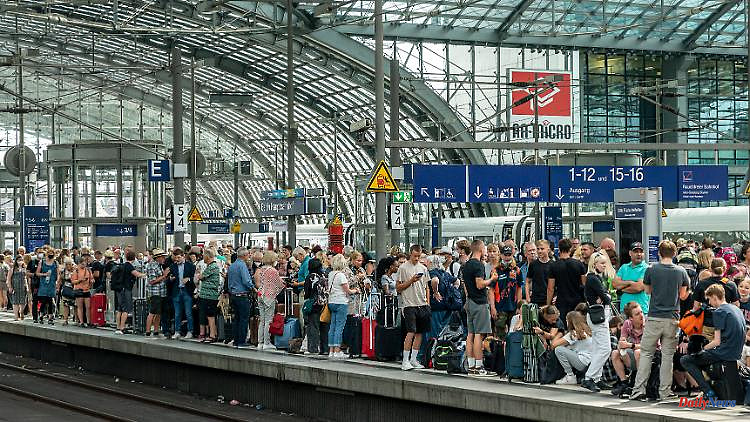 With the introduction of the 9-euro ticket, significantly more people are traveling by train than usual - with consequences. Trade unions are now sounding the alarm and speaking of unprecedented conditions. Chaos, wear and tear, sick leave: "This is the absolute worst case scenario," says GDL chairman Claus Weselsky.

The two unions EVG and GDL are extremely concerned about the situation at Deutsche Bahn. "I have never experienced such conditions as this summer," said the deputy chairman of the railway and transport union (EVG), Martin Burkert, the "Welt am Sonntag". "I saw people literally fall off the train on a train from Rostock to Hamburg when the doors opened," he said.

The rush of passengers on local transport since the beginning of June has led to severe wear and tear. "We see damage from the heavy use of the 9-euro ticket very early on: elevators are broken, toilets on trains no longer work, everything is simply put under a lot of strain," said Burkert. "Many colleagues are already at their breaking point." Sick leave increased. "We notice: The nine-euro ticket makes you sick."

The chairman of the train drivers' union GDL, Claus Weselsky, spoke of a chaos this summer that he had never experienced on the railways. "This is the absolute worst case scenario," he told the newspaper. The condition of the state-owned company is "catastrophic due to years of broken savings". He pleaded again for clearly separating network and operation, at least within the group.

The state-owned group is having to deal with considerable operational problems - this leads to many delays for passengers. According to the company, only 58 percent of long-distance trains reached their destination on time in June, and 88.5 percent of regional trains. Deutsche Bahn is trying to transport as many people as possible with additional trains on an overburdened rail network, explained rail boss Richard Lutz at the end of June and said with regard to delays: "Believe me: I'm suffering like a dog."

In order to achieve more reliable operation and fewer disruptions to construction sites, Deutsche Bahn and Federal Transport Minister Volker Wissing have announced a "general renovation" of the most important routes from 2024. "I expect that in the future we will be able to set the clock by the train again," said the FDP politician, who declared the network renovation to be a "top priority".

In the discussion about a successor ticket to the 9-euro offer, the Ministry of Transport reacted cautiously to a suggestion from the industry to introduce a permanent 69-euro ticket. A spokesman for department head Volker Wissing said on Friday that there was an agreed procedure, according to which the results of a federal and state working group on the future and financing of local public transport should be available in autumn. The Association of German Transport Companies (VDV) had spoken out in favor of a permanent 69-euro ticket that should be valid nationwide for public transport. The 9-euro ticket expires at the end of August.

In view of the inflation and the energy crisis in Germany, CSU boss Markus Söder called for further relief for the population at the weekend. These included an extension of the tank discount, a state fee moratorium and a follow-up regulation for the nine-euro ticket, the Bavarian Prime Minister told the "Bild" newspaper. "My suggestion would be a 365-euro annual ticket for all local public transport throughout Germany." 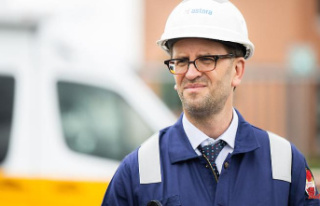 Despite the failure of Nord Stream 1: Müller: "Gas...