Study on top positions: There are only rarely East Germans in the executive floors

To this day there are few East Germans in the executive floors. 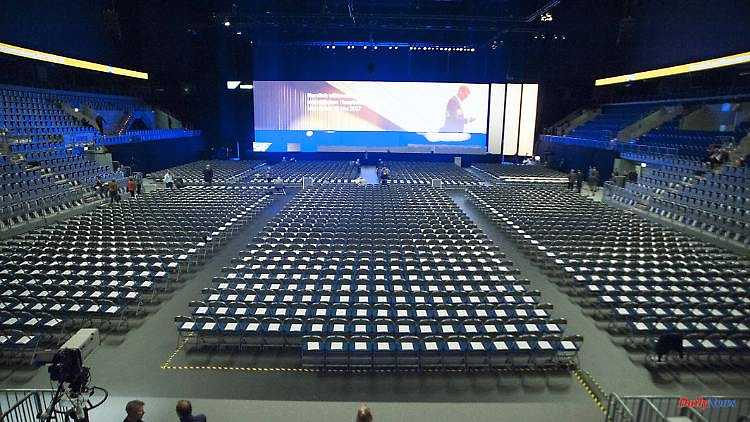 To this day there are few East Germans in the executive floors. According to one study, this is partly historical. After reunification, many prefer security to power and a wobbly executive chair.

Even three decades after reunification, East Germans are finding it very difficult to get into the executive floors. According to a new study, even in East Germany, they currently hold just over a quarter of the top positions in politics, business, the judiciary or universities, and thus hardly more than in 2016. Nationwide, the proportion is only 3.5 percent. "That has to change," said the Federal Government's East European Commissioner, Carsten Schneider, at the presentation of the study "The Long Way to the Top". But he doesn't want an "Eastern quota".

The data were collected by the Hoferichter company

The judges in the highest courts in East Germany are on the up: 22 percent of them are now East Germans, compared to 13 percent in 2016. In East German universities, 17 percent of the rectors or presidents have an East German background, about the same number as in 2016. In the state cabinets Of the five countries, the proportion of East Germans is comparatively high at 60 percent - but in 2016 it was still 70 percent. In the management of the 100 largest companies in the East, the value fell from 45 to 27 percent. In the chief editorships of the large regional newspapers in the east, it fell from 62 percent to 43 percent.

The fact that so few East Germans are in charge has been lamented for years. The starting point was the great "transfer of elites" after unification, as study author Michael Schönherr recalled: A legal and institutional system based on the Western model was to be introduced in the former GDR, and West Germans were sent to do it.

Anyone who went to the East young may still be sitting in the executive chair there today. But there are other reasons - Schneider, who comes from Thuringia, made this clear from his own career. When he was about to choose a career himself, he said his mother had just founded a company and didn't know if it would work. So Schneider opted for a bank apprenticeship instead of studying. According to experts, many acted like this in a time of upheaval in which millions of people had lost their jobs from GDR times: security rather than power and a wobbly executive chair.

The personnel consultant Constanze Buchheim also referred to the "Thomas principle" - a Thomas usually hires a Thomas, a West German a West German - someone who is similar to him. "The higher you get, the less rational these processes are," said Buchheim. A lot works on recommendation, within networks, i.e. with "vitamin B".

So what to do? The Leipzig Left Party MP Sören Pellmann brought up an "Eastern Quota". "East Germans are systematically disadvantaged when it comes to leadership positions in politics and society," said Pellmann. "That contradicts the constitution." Article 36 regulates for the supreme federal authorities that "officials from all countries are to be used in reasonable proportion".

But Schneider is against an East quota. The difficulty here would be, among other things, to define in a court-proof manner who is East German. Does a West German couple have East German children in East Germany? Or vice versa: If you grow up in Bochum with East German parents, aren't you socialized as East Germans?

Schneider announced a concept by the end of the year, but didn't want to say anything about it just yet. For the time being, he addressed an appeal to East Germans "to be self-confident and also to demand that you raise your finger". Since many positions will be filled in the next few years, there will be an opportunity. East German FDP MP Hagen Reinhold is backing new high-tech factories like Intel in Magdeburg or Tesla in Brandenburg. "These companies not only create jobs, but automatically also offer opportunities for leaders from the region," said Reinhold.