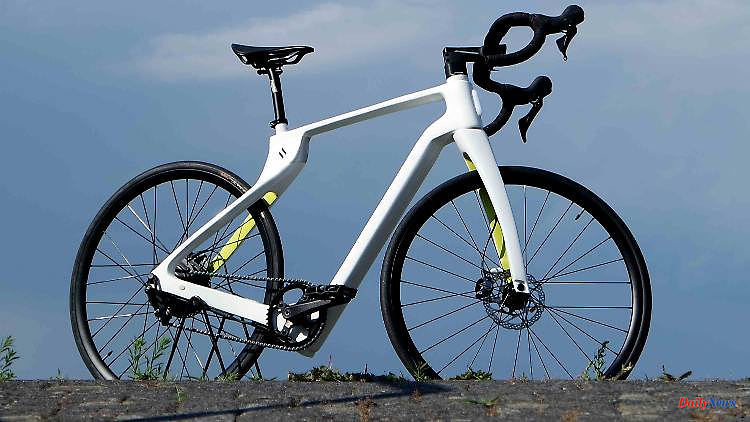 3D printing is still an unusual, exotic manufacturing technique in bicycle construction. This process can even be used to manufacture complete frames, as the new two-wheeler manufacturer Superstrata from the USA shows. How does the printed bike ride?

In 2020, the tech company Arevo, founded by American Sunny Vu, launched the Superstrata bike brand. The specialty of the young two-wheeler manufacturer is a thermoplastic carbon fiber composite material that can be used to produce a complete bicycle frame in a 3D printer in one go. A prototype of this forward-looking bike has found its way to the editorial office in the e-racing version. With its frame, the speedster from the printer made quite an impression. However, it was an early example that revealed room for improvement in details.

What's really great about the Superstrata is the joint-free plastic construction, which completely dispenses with glued areas, welded seams or screw connections. Only carbon frames can keep up with that in terms of looks. At the same time, the additive process allows greater freedom in design.

The construction dispenses with the usual seat tube. Instead, the two seatstays unite on their way to the top tube for the seat post mount. It looks nice and airy, and it's also stable. In any case, the construction reinforced with carbon fibers seems solid, rust will never be an issue. 3D printing also allows frame-integrated front and rear lights, which are powerful but not StVZO-compliant.

What also makes the frame special is that it is custom-made based on the driver's biometric data. Here the customer has to give some important measurements of his body when ordering online in order to get a custom-made frame for him. Accordingly, the data sheet says for frame sizes: infinite.

We can't say how accurate the frames are, because our test copy was pre-produced. Nevertheless, the bike appealed to us ergonomically. It came in a modern road bike guise with a clean handlebar/stem combination. The position was not too sporty, but quite suitable for everyday use. If you don't want a racing bike handlebar, you can alternatively order the Urban version, which can be combined with three handlebar variants designed for upright sitting positions.

Actually, the frame could be more filigree, but our Superstrata with electric drive is characterized by a bulky down tube that accommodates the 336 Wh battery for a range of up to 90 kilometers. That looks slim for an e-bike, but not for a road bike. This also applies to the weight of 18 kilograms. That's not much for an e-bike, but not for a racing bike. Whether a hobby racer with built-in tailwind really makes sense is the subject of many debates anyway.

In any case, the electric drive largely frees you from strenuous footwork. As is usual with pedelecs, the e-boost only comes when you pedal. The Bafang machine integrated in the rear wheel pushes impressively powerfully in the highest of five support levels and also drives the speedometer display to 27 or 28 km/h. You can easily override the drive and drive 40 km/h and faster with muscle power alone. The Superstrata is also a fast racing bike.

In our test example, however, there was no circuit. Due to the rather short gear ratio, the Single Speed ​​requires a high cadence, even in E mode. An alternative translation would definitely be desirable here. When we rode with no or low motor support, the chain sometimes slipped.

By the way, this phenomenon did not show up with the maximum support of the motor, which we mainly set. Other components, on the other hand, are of higher quality, such as the hydraulic disc brakes from Shimano.

As an e-racing bike and with a single-speed drive, the Superstrata, which costs around 4000 euros, was not convincing in all respects. If you want to drive electrically, you should definitely invest 350 euros in the optional 11-speed derailleur. Or you do without e-support. Classic is the name of the variant with a bio drive, which costs around 3000 euros with derailleur gears including shipping. In return, you get a hitherto unique carbon speedster whose frame is individually tailored to your own body. 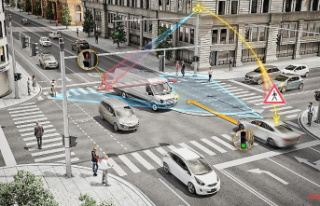 "Smile" during autonomous driving: How can...