Italy and Great Britain can tax the exorbitant profits of mineral oil companies, but not Germany. 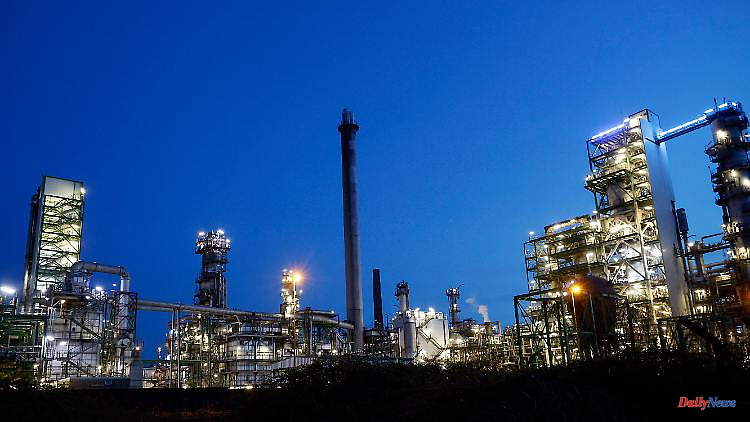 Italy and Great Britain can tax the exorbitant profits of mineral oil companies, but not Germany. Lawyer Hanno Kube explains why our constitution does not allow an excess profit tax. That may be annoying at the moment, but in principle there is an advantage, according to the tax law expert.

Italy and Great Britain can tax the exorbitant profits of mineral oil companies in the current crisis, but not Germany. The lawyer Hanno Kube from the University of Heidelberg explains why the German constitution does not allow an excess profit tax. That may be annoying at the moment, but in principle it is a great advantage for Germany, according to the finance and tax law expert.

ntv.de: The energy prices are an extremely high burden for many, but some companies such as the mineral oil companies benefit greatly from it. To ask them to pay in solidarity with a temporary tax on their excess profits, that would be logical and fair, wouldn't it?

Hanno Kube: The situation is very annoying, even for me at the gas station. The fact that some, in this case the mineral oil companies, are making extremely high profits during the crisis is an economic and political problem. However, tax law is not suitable for solving this problem. This is more of a task for antitrust law. Because tax law is basically there to transfer an appropriate part of all profits that have accrued to the state budget so that state tasks can be financed. Antitrust law, on the other hand, has the function of ensuring competition so that unjustified excess profits are avoided as far as possible. In my view, therefore, the path via antitrust law is the right path, which the Federal Government intends to take with the antitrust reform.

Antitrust violations or distortions of competition are difficult to prove. What speaks against bringing the tax law into position here instead and skimming off these profits?

The constitutional framework for tax legislation in Germany speaks against this. Taxes must conform to the general principle of equality. This fundamental right is specified in tax law by the principle of taxation according to economic ability. Everyone is therefore charged according to the extent of their economic ability, according to their profit. A low profit leads to a low tax, a high profit to a high tax. Politicians also have extensive freedom to decide how high the tax rate is to be set. However, an additional tax on the profits of a single branch would be unjustified unequal treatment, a violation of the tax efficiency principle. This is the core constitutional problem of an excess profit tax. In addition, it would be difficult to define and legally delimit excess profits.

But there are many taxes that target individual sectors or even individual products...

A distinction must be made here between income taxes and consumption taxes. The tax legislator puts an additional burden on consumption in general through sales tax and the consumption of certain goods such as energy sources, beer or coffee in order to burden the consumer's ability to pay. These taxes are supposed to be passed on to consumers and make the products more expensive. You don't want that when it comes to fuel. On the contrary, the energy tax was reduced extra. An excess profit tax would be an income tax on profits, and such a tax must be the same for all companies.

It is true that the legislature can also deviate from the principle of equality, within limits, for the purpose of political guidance in the case of income taxes. It can provide tax breaks for income tax, for example to promote the energy-efficient renovation of houses. However, simply skimming off profits is not such a steering purpose.

Does the Basic Law leave no room for manoeuvre?

The attempt to siphon off a branch's profits has already failed before the Federal Constitutional Court: in the case of the nuclear fuel tax. This tax, which was designed as an excise tax, was also supposed to skim off additional profits from energy companies that arose at the time as a result of the extension of the lifetime of nuclear power plants. However, the Federal Constitutional Court has decided that it is not permissible to use a consumption tax to skim off company profits contrary to its original purpose.

Should the constitutional court's decision on the fuel element tax be a warning against looking for tax detours to skim off excess profits in the current situation?

In any case, the case should be a warning against levying consumption taxes to circumvent the equality requirement in the taxation of profits.

In many other countries from Italy to the UK, excess profits taxes have now been introduced for the oil and gas industry. Why is it possible for them to do what should be constitutionally impossible for us?

In fact, politicians in other countries have greater freedom when it comes to tax legislation. German tax law is much more constitutionally limited.

Isn't that a disadvantage if the legislature is so firmly defined and cannot react to situations like the current one?

On the contrary! We can be proud of our principles of tax freedom and equality. They are an economic location advantage for Germany. They ensure that everyone is taxed according to the annual profit, but cannot be additionally burdened according to unclear, possibly also moral criteria. Throwing these principles overboard now, due to a current problem, would be extremely short-sighted. That would be a devastating economic policy signal. The long-term damage would be far greater than the short-term - and constitutionally very uncertain - gain. 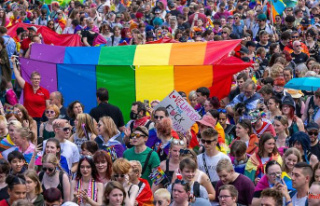