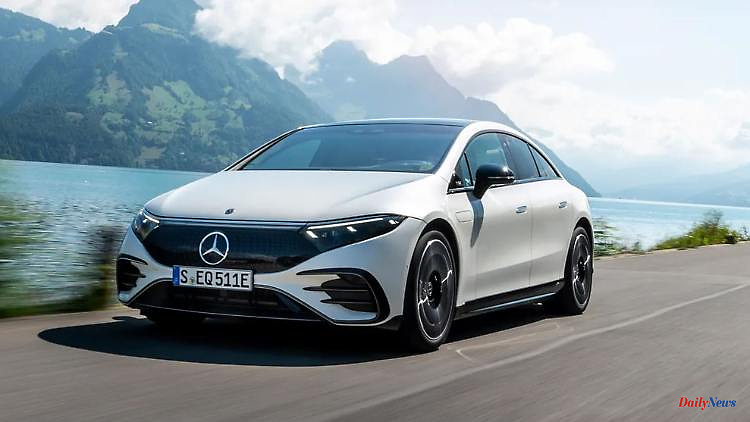 War in Ukraine, supply chain problems, corona lockdowns, chip shortages - and yet: the German auto industry is making record profits. How is that possible? Very easily.

Politics and economy in Germany are all over the country characterized by the turn of the century. First the politically desired de-carbonization of industry and transport, then the Ukraine war and the portent of an imminent and painful energy blackout pushed the politically desired transformation process of the economy and society to the extreme. In politics, the transformation is taking place with "bang" through the change of government and with the farewell program of cherished illusions of the last few decades. In the economy, it is taking place with grumbling and lamentations about the high upfront costs for investments in climate neutrality. It is necessary, but the accounting department messes up the income statement.

Only the automotive industry is silent. Although this industry would have to suffer the most under the pressure to avoid climate-damaging fossil emissions. If you think so. The turning point here means a complete rethinking of their 100-year-old successful business model: away from petrol or diesel combustion engines, towards battery-electric drives including computer-controlled and in some cases already self-driving high-tech feel-good vehicles.

All of this takes place in this key branch of German industry without protests, almost silently and hardly perceptibly. Even when the EU environment ministers de facto decide to phase out combustion engines by 2035 via tightened emission limits, there was no outcry from German car manufacturers, suppliers - or the industry associations VDA and ACEA.

What happened that the inventors of the combustion engine, led by Mercedes-Benz, who have always had their foot on the brakes since the introduction of the Euro emission standards in 1970, this "cold expropriation" of their business basis just like that accept? Especially since the manufacturers are currently also badly hit by delivery failures due to the Ukraine war (keyword: cable harness), constantly recurring production interruptions due to the persistent shortage of memory chips or various corona lockdowns in the most important sales market, China.

The reason for the composure is simple: With all these unfortunate framework data, the business development is excellent. Although production and sales are falling, profits have mostly risen to new highs.

There hasn't been a business like this in the German car industry since the 1950s. All corporate goals have always been to grow in volume at all costs and to increase profits via ever more lavish trim levels and higher-priced models. And where that wasn't enough, the prices were collectively raised.

Manufacturers are pursuing a different strategy today: they are shrinking. You have learned that you can do much better business with a tight supply and longer delivery and customer waiting times than with high financial expenditure and image-damaging discount battles.

On the contrary: the scarcity of raw materials and the exorbitant rise in the price of primary materials offer them unexpected scope for additional price increases. Exactly as the textbooks on market economy envisage.

The US growth strategy that was in place for decades became today's downsizing strategy. It doesn't matter whether it's the shift towards battery electromobility prescribed by politicians, the production losses due to corona lockdowns, the raw material and supplier bottlenecks with rapidly increasing raw material prices of up to 600 percent in some cases - all of this is taken as a reason for price increases. All manufacturers, without exception!

A shortage of combustion engines, expensive electric cars and a widespread lack of memory chips and materials gave all manufacturers a reason to critically review their model portfolios and optimize them based on profit margins. Everyone was striving to move their range of models up into the higher-priced segments and to thin out or completely abandon the lower model classes in the low-margin mass market. Even at the Mercedes group, boss Ole Källenius only wants to have luxury cars built in the future. A and B class are discontinued.

The result is a kind of "model triage" according to the target: the low-yield "into the crop", the high-yielding "into the potty". Practiced with success, as confirmed by the quarterly results since mid-2021. Or as the "Süddeutsche Zeitung" put it: "More friction from Maybach."

All car manufacturers, including importers, have raised their prices significantly - some several times. The most recent inflation rates at Dacia of 7 to 13 percent may not have that much statistical weight, but periodic price increases in the VW group of up to 5 percent each since the beginning of 2021 do.

Higher prices and the thinning out of the model range have fatal consequences in terms of stability policy as well as social and social consequences: On the one hand, price increases in the car industry had and still have a signal effect on the economy - when Volkswagen lowered the Beetle prices in the 1950s economic miracle, this was reported extensively for days . Today, no one gets upset about rising car prices. Also because the manufacturers use tricks to raise the prices not for the entire range as they used to, but only selectively for individual models. And not as a percentage, but variable according to equipment variants in absolute euro amounts.

Rising car prices are undoubtedly fueling inflation and inflation expectations. With a share of around twelve percent in the cost of living index, car ownership has a major impact on the rise in the inflation rate.

As soon as the price-dampening effects of the current purchase subsidy for electric cars disappear at the end of the year and the EURO 7 emissions standards take effect for combustion engines, which according to VW also have an impact of 3,000 to 5,000 euros on small cars, individual automobility in Germany will become more expensive by leaps and bounds. And it will no longer be affordable for every private customer in the foreseeable future.

Environmental policy and advocates of non-motorised private transport should be happy to welcome this development.

1 Schüller and Streich also honored: Footballer of... 2 Shocking insight from Masi: Formula 1 scandal led... 3 "In the forests of the beavers": About the... 4 "Happy Birthday Dad": Katherine Schwarzenegger... 5 Bavaria: Thieves steal injectors from port area: High... 6 Bavaria: mood booster for Bayreuth: "Proud of... 7 Baden-Württemberg: test for the league? VfB wins... 8 Saxony: Several cases of arson in East Saxony 9 Inflation is the biggest nuisance for consumers 10 Lindner calls for the end of electricity production... 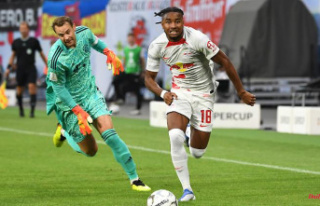