The first tours are cancelled: Garbage disposal suffers from a lack of drivers

Up to 80,000 truck drivers are missing in Germany. 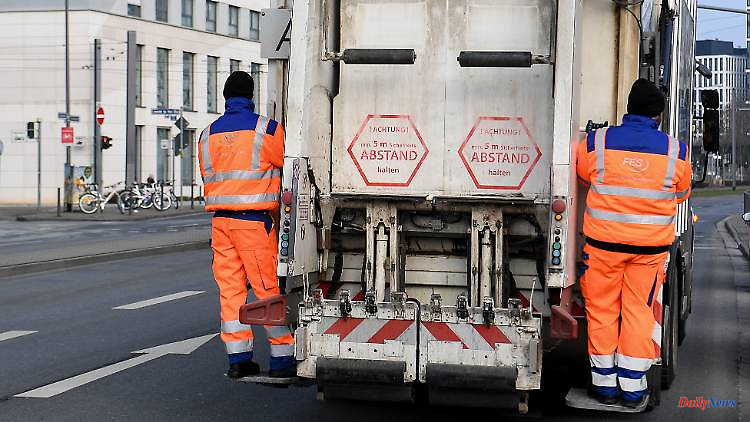 Up to 80,000 truck drivers are missing in Germany. This is also causing problems for the waste industry: Because there are fewer and fewer drivers for garbage collection, some tours have already had to be cancelled. Politicians could counteract this, however, explains the President of the Kurth Waste Management Association.

Germany's waste industry has too few drivers for garbage collection. "The lack of drivers is a problem that is affecting our operations more and more," said the President of the Waste Management Association BDE, Peter Kurth, in Berlin. "There are first cases that disposal tours cannot be made due to a lack of drivers." These individual cases threatened to increase in the future, he warned.

In a recent letter, Kurth asked Federal Transport Minister Volker Wissing for support. The head of the association is campaigning for the barriers for foreign skilled workers to be lowered. He finds it incomprehensible that the practical exams that are required for truck driver's licenses and subsequent training courses have to be in German, while the theory exams can also be taken in English and other languages. "For prospective professionals from Bosnia and from other non-EU countries, this is an obstacle, which delays their recruitment or even makes it impossible." A good knowledge of English is enough to drive a waste disposal vehicle in this country. In general, Germany needs to do more to attract professional drivers abroad, says Kurth.

The BDE President also finds the long waiting times until an exam can be taken to be problematic. This is because there are not enough examiners. In order to solve this problem, the state should also reduce bureaucracy here. In this way, former examiners should be able to be reactivated quickly. So far, it has taken a very long time for the test permit to be granted again. Digitization can also help to alleviate the driver shortage somewhat. "More digital components should be used when people learn for a truck driver's license and later do further training." As a result, certain face-to-face events could be omitted and instead take place online, says Kurth.

The Netherlands and Austria are much more advanced here than Germany. "For the companies and the drivers that would be a time, space and financial relief." According to the BDE, there are around 20,000 disposal vehicles in Germany. They are normally manned by a driver and a so-called loader, who collects the garbage cans and empties them. Sometimes there are also two chargers. The crew does not take turns driving, since in most cases the loader does not have the necessary driving license and professional qualifications.

1 For passengers and grain: Ukrainian railway is looking... 2 End of the slapstick theater: Leipzig gives Eberl... 3 North Rhine-Westphalia: ATM blown up: thousands of... 4 North Rhine-Westphalia: After a cool Tuesday, it will... 5 Saxony-Anhalt: 54-year-old dies after a table fireplace... 6 Hessen: Individual showers, fog and ground frost in... 7 North Rhine-Westphalia: Corona incidence in NRW still... 8 Bavaria: "Not funny": Police are investigating... 9 Crime on the Internet: Will Telekom and Co. soon have... 10 Kalani David was 24: World-class surfer dies after... 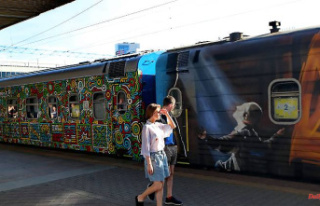 For passengers and grain: Ukrainian railway is looking...