Gas consumption in private households went up last week - much too much, as the Federal Network Agency now states. 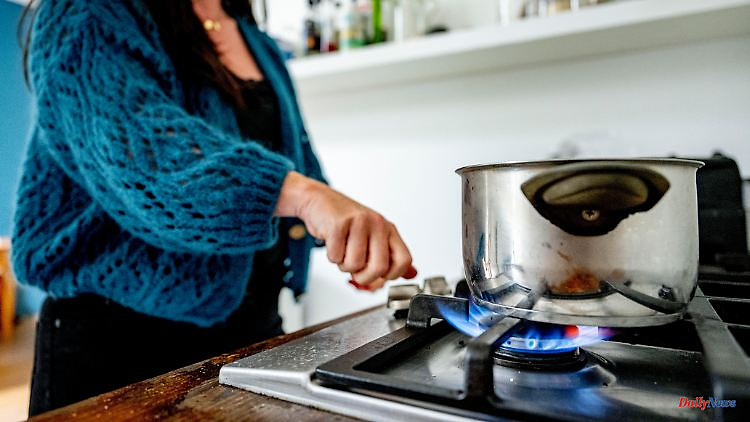 Gas consumption in private households went up last week - much too much, as the Federal Network Agency now states. In industry, too, consumption is no longer falling as significantly as it was recently.

Apparently, the federal government's appeals to save gas are not yet having an effect on many consumers. The President of the Federal Network Agency, Klaus Müller, warned: "Gas consumption increased too much last week." According to figures from the supervisory authority, the gas consumption of private households and smaller commercial customers in the 39th calendar week (September 26 to October 2) was 618 gigawatt hours, almost 10 percent above the average consumption level for the years 2018 to 2021. According to the Federal Network Agency, the consumption of industrial customers was also in last week, at 1,370 gigawatt hours, was only a good 2 percent below the level of previous years.

The regulator had already warned that without significant savings in the private sector, too, it would be difficult to avoid a gas shortage in winter. "We will hardly be able to avoid a gas emergency in winter without at least 20 percent savings in the private, commercial and industrial sectors," said Müller. "The situation can become very serious if we do not significantly reduce our gas consumption," warned the Federal Network Agency President.

The comparison portal Verivox sees the main reason for the increased consumption among consumers in the comparatively cold weather in September. Since last year's heating season got off to a very mild start, the heating requirement for a model household in a single-family home has risen significantly by comparison - by 81 percent. According to the German Weather Service, the average temperature in September was 0.4 degrees below the average for the comparable period from 1991 to 2020. In some cases it even went into the frost range. Meßstetten on the Schwäbische Al reported September 20th the lowest temperature of minus 1.8 degrees Celsius. With around 100 liters per square meter, it was also the wettest September since 2001.

Private households and smaller commercial customers are responsible for around 40 percent of gas consumption in Germany. The remaining 60 percent are accounted for by large industrial customers.

The Federal Network Agency announced on Tuesday that the current filling levels are 92.08 percent. The ntv calculations come to 92.72 percent. The gas supply in Germany is "stable at the moment". Federal Economics Minister Robert Habeck also expects that the targeted gas storage capacity of 95 percent will be reached by the end of October. The gas storage law passed in March formulates binding storage targets in order to get through the winter despite the loss of Russian supplies. The gas storage should be at least 85 percent full by October 1st and then at least 95 percent by November 1st. On February 1, the filling level should still be 40 percent.

According to a media report, the federal government is expecting a ten-year low in the filling levels of German gas storage facilities for May next year. An average filling level of ten percent on May 1st is currently assumed, the EU Commission said in response to a request from the specialist information service Table.Media. In absolute figures, the last time the fill level was this low was in April 2013. 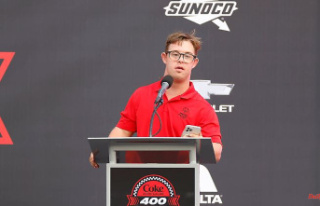 Nikic writes sports history: a man with Down syndrome...