The Renault Scénic is still a vision. 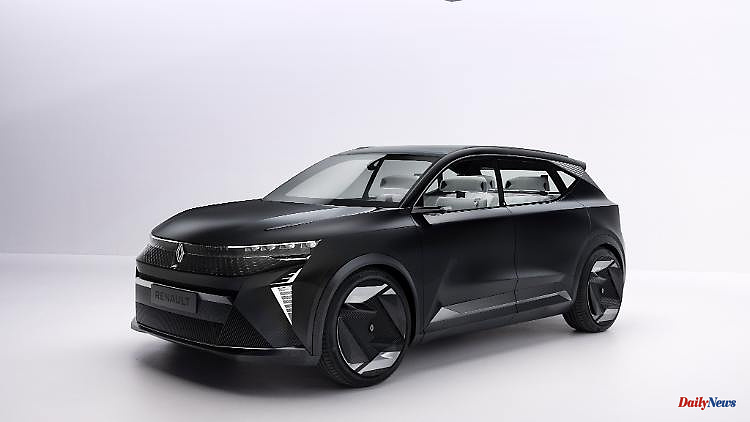 The Renault Scénic is still a vision. Nevertheless, the French are already revealing what it will look like when it appears as an electric car in 2024. Say goodbye to the smooth family car that was once so popular. The new one comes as an electric mix of SUV and beefy hatchback - all combined with a wealth of green ideas.

The first Renault Scénic appeared 26 years ago, intended for families who need space and enjoy traveling in comfort thanks to a better overview than in normal limousines. It became a role model for many others, such as the Opel Zafira or the VW Touran. In the meantime, the SUV boom has largely outstripped these mini-vans. The last Scénic will soon roll off the line, the larger Grand Scénic will be extended.

The fans don't have to be in mourning. At least the name will be retained, but in the future it will adorn a car that has nothing in common with the original. In a Paris suburb, the new Scénic has now unveiled. It will be Renault's fourth electric car in two years' time, following the Twingo, Zoe and Mégane E-Tech models. And it follows the basic shape that many of the new electric vehicles have today. Whether VW ID.3, Hyundai Ionic 5 or the bigger brother Renault Megane E-Tech: The new Golf class shines with a long wheelbase, wheels that are set far outwards and an airy interior, because many attributes of the combustion engine generation are no longer there are necessary. And since the flat battery cells always disappear in the basement, the seating position is higher, which SUV fans can also accept.

No, the "Vision" study of the new Scénic has nothing to do with the future production car. But the silhouette and proportions won't change much before release. A brawny guy, whose full appearance stands for a new kind of sportiness, which is no longer based on more and more horsepower, but wants to express modernity through sometimes quite wild jagged bodywork on the sides and rear. Combined with LED elements such as the eight individual spotlights at the front, which replace the hitherto well-behaved headlights. Many of the details won't make it into real life. This includes the doors, which open in opposite directions according to the wardrobe logic and therefore have to do without a central column. That should hardly survive the crash test rules.

The interior with the almost rectangular control yoke is currently more for show without reference to reality. The many small additional screens are intended to provide information that would otherwise be bundled in a central monitor. Also new are airbags that wrap around the occupants like a cocoon around the occupants.

Much more important than such showpieces is the serious plan to make the Scénic a truly "green" model. It's about the countless hidden materials and components that leave a more or less large CO2 footprint during their production. Examples are the floor made of recycled plastic from milk bottles or plastic pipes, as well as all aluminum parts of the Scénic. The same applies 95 percent to the steel used. In total, 70 percent recycled or renewable materials are used. The aim is also that 95 percent of the parts should be recyclable at the end of a scenic life.

The technical data of the new compact Renault are still largely classified. In the first step, he should use the technology of the Mégane E-Tech. The base model will therefore use the 40 kWh battery and the electric motor with 130 hp. Renault has not yet revealed whether the more powerful Mégane version (60 kWh battery, 220 hp) will also be available in the Scénic.

What is surprising, however, is a new technology that is intended to make the switch to an electric car palatable for skeptical customers. It's about the fear of range, still an argument of electricity deniers. The top version should have a kind of hybrid drive on board. Of course not a combustion engine like today's double heart systems. The Scénic will have a battery-mounted fuel cell on board that will produce 22 hp and will run on green hydrogen from a tank under the bonnet. The electricity generated in this way is not used directly for the drive, but is only responsible for recharging the battery. Renault wants to extend the electric range of the 40 kWh battery to up to 800 kilometers. If the supply of hydrogen runs out, it can be refueled in less than five minutes at an H2 pump.

Renault expects that the network of hydrogen filling stations will become increasingly dense by the beginning of next year, and therefore wants to launch the hybrid scenic only then. To do this, however, the current platform must be adapted to the new drive concept. The electric motor moves to the rear, so the car gets rear-wheel drive. The idea: On everyday trips, the Scénic is no different from other e-cars, drawing its power from the battery. Before a long journey, the navigation system calculates how intensively the fuel cell is used as a power source for support. In cold weather, hydrogen power can also be used to heat the battery temperature for a longer range. The engineers anticipate that the hydrogen tank will have to be refilled about every three hours. Arriving at the destination, the parked car is recharged normally using the charging station.

Energy costs are a burden on companies: more medium-sized companies than ever before want to raise prices
BREAKING NEWS 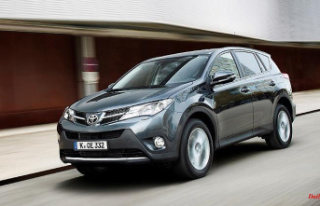