The EU is looking for alternatives to gas from Russia. 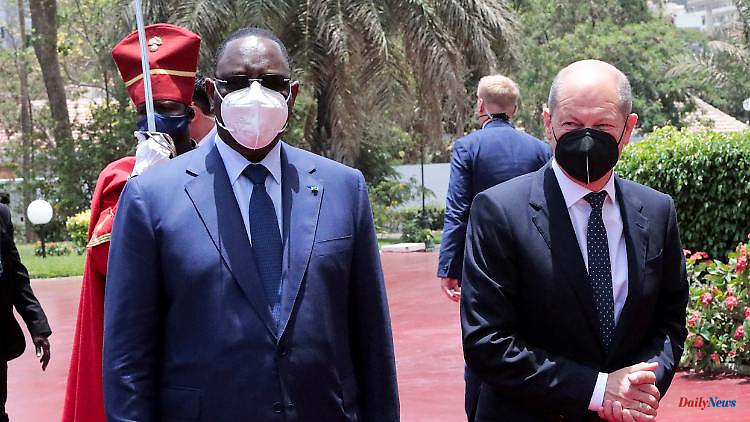 The EU is looking for alternatives to gas from Russia. African countries could meet much of the need. But there is also covetousness in Asia, especially from China.

Senegal's President Macky Sall has big plans. By 2035, the massive expansion of the energy sector should become a driving force for the economic rise of the West African country. Senegal and Mauritania had already agreed in 2018 to jointly exploit the large gas field Greater Tortue Ahmeyim (GTA) off their coast. So far, this had not interested the Europeans much. But Chancellor Olaf Scholz's visit to Senegal on Sunday shows that European capitals are suddenly rethinking - African gas has become attractive.

After the Russian attack on Ukraine, the Europeans are desperately looking for a substitute for Russian gas and oil. "Now Europe is knocking on our door," quotes the Washington Post as saying Mamadou Fall Kane, deputy head of the Senegalese Natural Resources Authority. "The war changed everything." The only thing that could now take revenge is that the Europeans and Germany at the Glasgow climate conference in November 2021 insisted on making the financing and development of new fossil deposits significantly more difficult.

At the time, Senegal's President Sall warned that poorer African countries should not be made more difficult to develop with raw materials. Now the government in Dakar has already made it clear: gas gets to those who are involved in the development. "We are interested in supplying gas to the European market," Sall said after meeting Scholz.

In the meantime, the federal government has also acknowledged a rethink. The pressure to diversify supply sources has become "even more acute" as a result of the Russian attack, according to government circles, which point out that some German companies are involved in exploration in Senegal.

Chancellor Scholz also emphasizes that one does not only want to help with photovoltaics and storage technologies. "We want to do the same with regard to the LNG issue and gas production here in Senegal," he added in Dakar. And explains the swing with the Russian attack: "The fact that we have to look at the situation in the world anew is the result of what I called a turning point - and that will not be limited to individual questions, but must be addressed to many others positions also have consequences," explained Scholz.

But others are quicker when it comes to gas: the Italian energy group Eni has concluded contracts with Algeria, Egypt, Angola and the Republic of Congo in recent months. Deliveries from these countries are to replace more than half of the gas that the EU country has previously received from Russia. Potential countries for further contracts with liquefied natural gas (LNG) are Mozambique, Nigeria, Ghana, the Ivory Coast and Libya.

You don't have to start from scratch in Africa, after all, around 18 percent of Europe's gas already comes from there. There are pipelines, for example, from Libya to Italy or from Algeria to Spain. Also under discussion is a more than 4,000-kilometer-long Trans-Saharan pipe that will run from Nigeria via Niger to Algeria and pump gas through the existing pipeline network to Europe. Nigeria already has six LNG terminals for liquefied natural gas. In South Africa there are plans to tender for a new LNG terminal in Richards Bay on the east coast of the country - to name just a few examples.

"Africa cannot solve the European problem on its own, but it can make a contribution because of its geographical proximity and cheap transport costs," Stefan Liebing, chairman of the German-African Business Association, told Reuters.

However, the major switch from Russian to African gas is not easy. On the one hand, there are also environmental concerns about offshore production on the Senegalese coast with a view to fishing and tourism. On the other hand, the Europeans arrive very late. Other energy-hungry interested parties have long been trying to get gas from Africa. The first liquid gas deliveries from Senegal, planned for 2023, will go to Asia on the basis of contracts that have already been concluded. China, for example, has offered Egypt lucrative long-term LNG contracts.

"As a rule, 80 to 90 percent of the LNG quantities have already been sold long-term when construction of a liquefaction plant begins," says Liebing. In any case, he advises the federal government to travel to Angola or, above all, Nigeria. "There is an opportunity to expand production within a year or two and then replace perhaps 10 to 20 percent of our Russian supplies."

But political instability is seen as an obstacle to future cooperation: in West Africa alone there have been five coups since 2020. However, the Europeans do not want to exchange their dependence on a country like Russia for that on military governments. The example of Libya shows how tricky this can be: Germany's Wintershall was active in gas production there until the country sank into civil war. 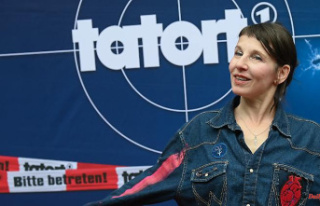