There are always buyers: the gold embargo does not diminish Putin's war chest

In fact, Russian gold has not been traded with the West for a long time. 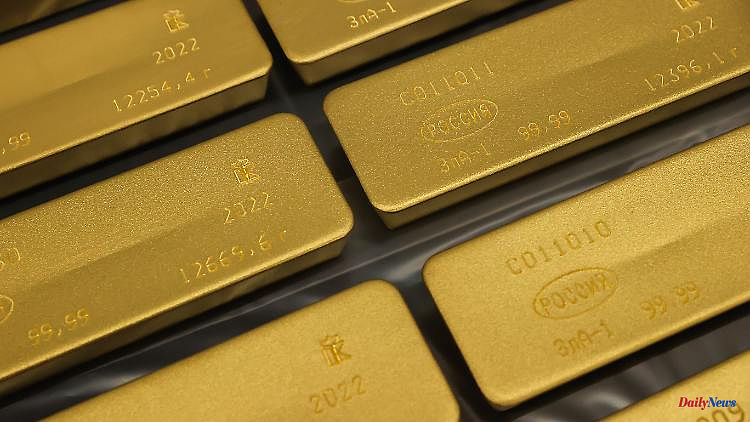 In fact, Russian gold has not been traded with the West for a long time. Nevertheless, the G7 countries resort to the next means to further isolate Russia from the international financial system. But the impact of a gold embargo will remain manageable.

The initiators of the project have already pushed ahead: Washington and London are cutting off Russia's gold trade, as they announced after the summit meeting of the heads of state of the western industrialized nations at Schloss Elmau. They represent the two leading gold trading centers in the world. Canada and Japan are following suit. "We are determined to reduce Russia's revenues, including in relation to gold," the G7 statement said. The EU wants to check for itself how to join the boycott.

In fact, Russia, now the world's second largest gold producer, is already largely locked out of the European and US markets. The London Bullion Market Association (LBMA), the most important trading center in the world alongside New York, already suspended the six most important gold refineries in Russia in March. The Russian banks, through which domestic smelters often sell their bars, are also affected by Western sanctions packages.

Since then, there has actually been no trade in Russian gold with the West, says York Alexander Tetzlaff, Managing Director of the Fachvereinigung Edelmetalle branch association in Pforzheim. "An additional gold embargo by the G7 and the EU would no longer have any great significance."

Nevertheless, the question remains how difficult or easy such a trade boycott is to circumvent. At least here the western bulwark seems quite solid. The full members of the LBMA include 74 mints, refiners and banks from around the world, including China and India. Another 59 members are associated. So that the London Gold Exchange can only trade so-called Good Delivery standard bars, it certifies the affiliated members and gives them detailed specifications as to how the standard gold bars (approx. 400oz) delivered must be.

Normally, precious metal from various international sources - mines, remelted gold from banks, or recovered gold from recycling - is mixed and refined into fine gold. However, the members of the LBMA (Good Delivery Refiner) are subject to a strict code of conduct on the origin of the gold, especially with regard to a ban on purchases from conflict regions - and also regular controls and quality samples.

"As a trading organization, the London LBMA has its own certification, which contains specifications regarding internationally valid agreements, EU regulations or national laws - or sanctions and import bans," explains industry insider Tetzlaff. The participants would have to ensure compliance - for example, that they do not offer gold from conflict regions or of dubious origin. "Actually, refineries that trade in London are not allowed to melt down Russian bars." Anyone who does so risks their "Good Delivery" status for the remelting - and thus a trading ban. Because the auditing control can - like a TÜV - require proof of where the gold comes from.

At the same time, the West cannot control the international gold market or prevent Russian bars from entering the Western financial system via detours in the future. There are other players and not unimportant trading centers or large buyers - even in countries that think little of sanctions against Moscow. They definitely include India and China, but also Dubai, the United Arab Emirates and Turkey. Russia can use it to circumvent the trade ban, says Tetzlaff. "Gold is an interchangeable commodity and can be traded globally in other markets such as India and China. And it is happening. These countries are already Russia's trading partners in gold."

US Secretary of State Antony Blinken emphasized that the yellow precious metal was Russia's "second most profitable export after energy". The Ukrainian presidential office supports him: Western import bans would cost Russia 19 billion dollars a year. However, it remains unclear exactly what revenue the Kremlin will lose as a result. One thing is certain: in 2021, Russia delivered the majority of its own production to Great Britain and Switzerland. According to Russian customs, Kazakhstan, India, Belarus and Turkey were also important buyers of the precious bars.

Ahead of India, China is also the world's largest buyer of gold - with almost 960 tons of demand for gold bars, coins and jewelry in 2021, according to a ranking by the International Monetary Fund (IMF) and the World Gold Council (WGC). Its figures also show that in 2021 the majority of global gold production went into jewelery production, while the majority of investors bought the bars the year before. If one thinks of the countless jewelry shops in China itself and in the Chinatowns of this world, the question of Russian origin in gold jewelry should be superfluous.

The fact that Russian gold producers are already gearing up for an upturn in their export channels to Asia is being openly communicated. The chairman of the Russian gold producers, Sergei Kashuba, is quoted as saying that they will only supply unorganized international markets where discounts are desired and the risks are great. These markets and routes to Asia may be more difficult to reach and cost discounts. But they are not understandable, emphasize Western analysts. And the bars traded are all of the same quality.

After a break, the Russian central bank also wants to buy up the domestic precious metal on a large scale again - possibly in order to improve its foreign exchange holdings through its own channels. Many central banks are traditionally major customers in Russia, including the US central bank and the central bank of Turkey. Strengthening gold reserves is a tried and tested means of stabilizing currency fluctuations. "This is also a large trading volume," says association manager Tetzlaff.

Thus, a gold embargo's effectiveness remains largely at the level of symbolism. It will not significantly drain President Vladimir Putin's war chest, nor will it do much harm to the West itself. Russia's almost ten percent share of the world gold market will not be lacking as noticeably as natural gas, grain or fertilizers. As there is a global oversupply, analysts emphasize, bottlenecks and price effects are not to be feared. And besides, the boycott only applies to new Russian gold. Old gold bars that were in circulation before the Russian aggression are allowed to continue trading. 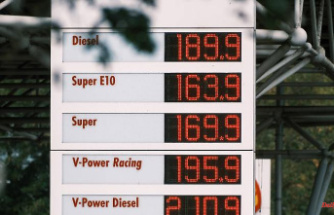 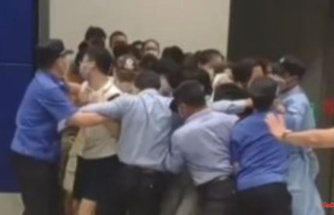 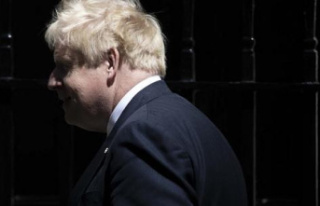 Boris Johnson's government is shaken by a new...