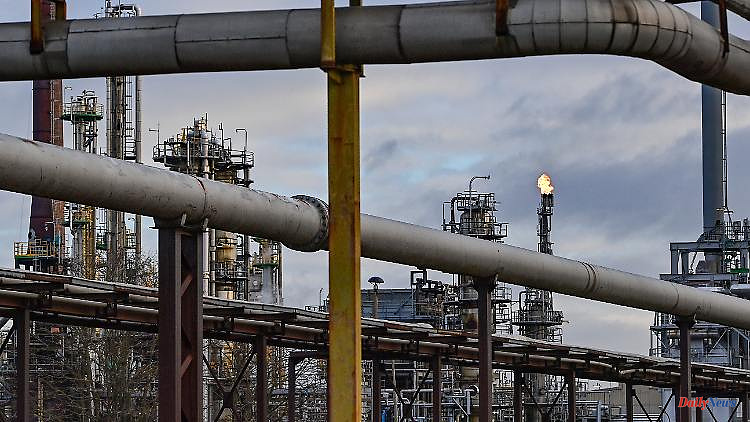 The state cuts taxes, but fuel prices remain high. The suspicion: The oil multinationals put money in their own pockets. Competition lawyer Daniel Zimmer welcomes the plans for stricter antitrust law and explains in an interview how it should be applied specifically to oil companies.

ntv.de: Economics Minister Robert Habeck has announced that he wants to tighten antitrust law. It should get "claws and teeth". You were a member of the Monopolies Commission for eight years. If you had one wish for Mr. Habeck, what would it be?

Daniel Zimmer: First of all, I would make it easier to prove the abuse of market power - for example by reversing the burden of proof to the detriment of dominant companies in certain situations. Secondly, I would like to see well-founded investigations into what is happening on the market, especially in the mineral oil industry. Finally, as a last resort for hopelessly handicapped markets, I would advocate corporate unbundling - with no evidence of concrete abuse. Incidentally, this is also stated in the coalition agreement.

How would antitrust law have to be applied specifically to oil companies?

In principle, you can think in different directions: on the one hand vertically and on the other hand horizontally. Horizontal could mean unbundling companies at a market level. The Cartel Office would then oblige the large owners of gas station chains to sell parts of their networks to independent third parties, such as independent gas station operators.

For example, it would be possible to unbundle refineries and gas stations. When it comes to fuels, we are talking about multi-level markets that are largely in the hands of a few corporations. These companies procure the fuels for their filling stations on upstream markets, from the refineries. However, these are often in the hands of corporations. They are therefore strongly vertically integrated. Here it could be considered that a company should not have strong market positions on both levels at the same time, in the refineries and the filling stations.

What's the problem with vertical integration? Companies would argue that they are exploiting synergies...

To a certain extent that is also true. However, one consequence of strong vertical integration is that companies can set their own group transfer prices. Then the profits arise where the antitrust authorities cannot really understand it, or where the tax rates are lower. This is still a problem today: the authorities often cannot really examine the cash flows and profits of vertically integrated corporations.

Some refineries in Germany are managed by several groups at the same time. That speaks against strong vertical integration, doesn't it?

In such cases, there is also a horizontal aspect to the existing vertical integration: If several mineral oil companies also have shares in the same refineries, that can be one more reason not to compete too much at the filling stations. The parties involved know that they have to get along peacefully with each other in the joint operation of the refineries and the shareholder decisions. So: The high market concentration on essentially five corporations and the existing network of vertical and horizontal relationships do not make effective competition between the oil companies particularly likely, and it is therefore worth at least thinking about options for demerger.

What recommendations for action result from this?

I believe that the competition authorities do not yet know enough to be able to say what the remedy of choice would be. As early as 2012, we in the Monopolies Commission called for a sector inquiry for the refinery and wholesale level. I believe that this is still urgently needed. In 2011 there was already a sector investigation by the Cartel Office for fuels, in which very specific pricing patterns of the petrol station operators were uncovered. If the Office now conducts additional investigations at the refinery and wholesale level, it can then act on a more informed basis. That also seems to me to be more important than the fact that activists are now going in one direction or the other. After further investigation, it may also be possible to assess how strong the synergies between the various levels really are - i.e. to what extent the defense arguments of the corporations are valid.

Since 2013, petrol stations have had to report their prices to the "Market Transparency Unit for Fuels". Motorists then see this in apps such as "Clever-tanken" and can choose the cheapest gas station. Why is that obviously not enough?

In fact, over the years one had the impression that the subject had calmed down. Looking back, I don't believe that the introduction of the transparency office was a mistake either. In the current crisis, however, it has once again become clear that competition in the mineral oil sector does not function in the same way as in other sectors. There are very special market conditions here: Very few suppliers, maximum market transparency, homogeneity of goods - that means: basic equivalence of fuels. Under such conditions, the corporations can concentrate on one parameter in their market behavior: the price. Under the market conditions described, firms can behave like a cartel without having to enter into a cartel agreement. Everyone knows that they have nothing to gain by undercutting the prices of others. Undercutting would result in an immediate drop in price from competitors, so everyone involved would earn less. Based on this knowledge, the corporations can succeed in meeting at a high price level through tacit coordination without express agreements. In such a situation, economists speak of "tacit collusion". In hardly any other market is this as clearly possible as in the fuel sector. And so it is also good that changes in market conditions are now being considered.

Then there remains the market structure as a starting point, and that seems to be problematic here. There are two options here: First, unbundling. There hasn't been much thought given to unbundling refineries and the end market. Maybe that's a starting point. The other is the abuse control over dominant companies. If one says that there is a dominant position of an oligopoly, then the participating companies must not abuse their power. This is in both German and European law. If the cartel office now finds an abuse, there are various possibilities - for example the skimming off of profits according to § 34 of the law against restraints of competition. This is, if you will, an antitrust alternative to the excess profit tax - with the difference that, unlike the tax, it would only affect companies with a dominant position. That seems more plausible to me than an excess profit tax.

But isn't it a much more complex way of examining companies for abuse of market power than introducing a new excess profit tax? Who knows if the abuse can be legally proven...

Yes, it is fair to say that it could take longer. But with an excess profit tax, I see the danger of arbitrariness. Who can say whether this or that profit is the result of the crisis? The Cartel Office has long held a collective dominant position in the large mineral oil companies. You would still have to prove the abuse. But, and this is currently being considered politically, it may soon be easier to provide proof.

How is that supposed to work?

There are two possibilities here: On the one hand, that there are more studies on the upstream markets - for example on the refinery level. This gives you a better basis for evaluation. On the other hand, a change in the law could also create a reversal of the burden of proof. If, for example, it is observed that petrol station prices have decoupled significantly from crude oil prices over a longer period of time, then it is up to the dominant companies to justify this. If they can't, then it could be skimmed off.

Many of these corporations are multinationals. Wouldn't it be easy for the corporations to transfer upstream stages even more abroad and thus circumvent German regulation?

Yes, that is definitely a problem. But there is not only the German, but also a European competition authority: the Commission. In cases with a strong international connection, it is more likely that the European Commission will take up the topic anyway. The question of whether the Commission or a national cartel office would pursue a case would be decided by the authorities within the "European Competition Network" created for this purpose.

Wouldn't it also be an idea to create a counterweight to the OPEC oil cartel - as suggested by Robert Habeck?

As a convinced competition law expert, I say: demand cartels are cartels too. One should not give too much power to those asking. For example, if large food retailers could act as a demand cartel, parts of the industry would come under even more pressure. But specifically to oppose a demand cartel to the supply cartel OPEC can be a legitimate means. Because here there is also a cartel on the supplier side. In any case, I don't want to rule out the possibility that this is a reasonable thought.

The interview first appeared on Capital.de 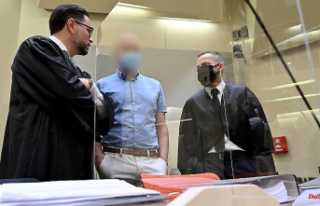