With the EV6 GT, Kia wants to make a statement: With a total output of 585 hp, the electric car is the most powerful production model from the South Koreans to date. 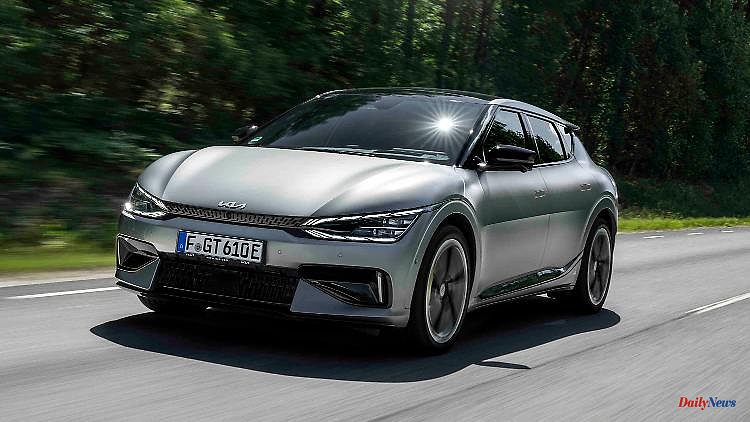 With the EV6 GT, Kia wants to make a statement: With a total output of 585 hp, the electric car is the most powerful production model from the South Koreans to date. But despite its power, the top model drives much more cultivated than expected. And with a range of around 420 kilometers, it can also cover longer distances.

Kia has made a remarkable ascent in recent years. The former low-budget brand has become one of the toughest competitors for the European and Japanese car giants. The South Koreans are now even poaching in Tesla's territory - thanks to the group's own E-GMP platform, on which the group's brother Hyundai Ioniq 5 is also based, they are taking a technological leadership role in purely electric vehicles.

Visually, the bourgeois variants are already quite offensive. The design may not please everyone, but the courage seems to be rewarded by the buyers. Since the market launch last fall, the carmaker has sold 24,500 units of the EV6 in Europe alone.

The GT is coming from November: Even if the EV6, as an unusually flat crossover, shouldn't fit into any drawer, Kia describes it as a classic Gran Turismo. The almost 4.70 meter long five-seater is not only fast - at least theoretically it also has a sufficient WLTP range for longer distances with 424 kilometers.

Since the basic EV6 model with its aggressive-looking snout, the flat roof line and the conspicuous light arc at the rear already looks quite extroverted, Kia has held back with the GT version with more sports make-up. 21-inch wheels in an exclusive design, a more accentuated bonnet and subtly modified front and rear aprons, including a more striking diffuser, set the sports version apart from the standard EV6. Neon yellow brake calipers and exclusive 21-inch wheels round off the sports cure on the outside. Inside, Kia donated bucket seats to the top model in the front row. There is also a neon yellow button on the steering wheel that activates GT mode.

With 585 hp, the GT version is 260 hp more powerful than the second most powerful motor, the EV6 AWD. Both variants have the same drive layout, each with an electric motor on both axles, but in the GT version the rear machine delivers significantly more power.

The difference is impressive in practice: when GT mode is activated, in which the assistance systems give the driver significantly more leeway and the entire combined power of the two engines is available, the five-seater sprints from 0 to 100 km/h in 3.5 seconds and reaches a top speed of 260 km/h. With the normal EV6, on the other hand, the top speed is already 185 km/h.

Even in sport mode, the electronically controlled damping system allows almost no body roll and hardly any rolling movements, even in corners that are taken very quickly. At the same time, an electronic locking differential ensures that the wheels with the most grip are supplied with extra power. Even in Sport and GT mode, the passengers are not unduly maltreated. Only short jolts are sometimes passed on to the interior quite harshly.

The handling can safely be described as foolproof - at least if you're not driving in GT mode. In drift mode, which is only available in GT mode, the rear can be easily made to wedge.

Although the EV6 GT looks very mature overall, there are also a few points of criticism: On the one hand, the basically exact, speed-dependent steering could offer more feedback, on the other hand, the two-spoke steering wheel from the standard EV6 doesn't really fit into a sporty car. The valance not only looks clumsy, but also obscures the view of the displays and sometimes even the head-up display when the steering wheel is turned harder.

It also takes quite a long time to find a comfortable sitting position. The fact that Kia, presumably for cost reasons, has dispensed with electric seat adjustment even in the top version does not make it any easier. The workmanship is good, but the Koreans rely on ugly hard plastic even in the upper area of ​​the door panels.

Nevertheless, Kia will probably achieve its goal with the EV6 GT: to put an electric image carrier on the road that puts the direct competition in the shade in terms of performance and combines a certain driving dynamic talent with everyday comfort and appropriate long-distance suitability.

Incidentally, Kia had originally announced a base price of 65,990 euros for the GT, but the production version should now be significantly more expensive in view of the increased raw material prices. It will probably only start now beyond the 70,000 euro mark. 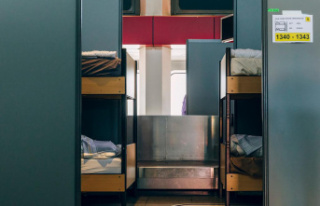 Dispute over the distribution of refugees - "Soon...