Consumers should urgently have their heaters serviced and craftsmen should give priority to them, warns the head of the Federal Network Agency. 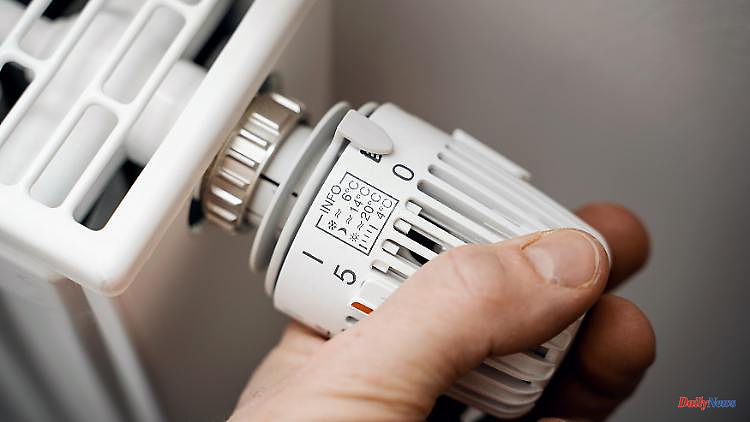 Consumers should urgently have their heaters serviced and craftsmen should give priority to them, warns the head of the Federal Network Agency. If Russia turns off the gas tap completely, private households would be particularly protected - but the authorities cannot completely rule out a delivery stop.

The President of the Federal Network Agency, Klaus Müller, fears a total failure of Russian gas supplies - and appeals to the population to save energy. The question is whether the upcoming regular maintenance of the Nord Stream 1 gas pipeline "will become a longer-lasting political maintenance," said Müller to the newspapers of the Funke media group. If the gas flow from Russia "is motivated to be lowered for a longer period of time, we have to talk more seriously about savings". The twelve weeks before the start of the heating season must be used to make preparations, he said.

Müller called on all house and apartment owners to have their gas condensing boilers and radiators checked quickly and adjusted efficiently. "A maintenance can reduce gas consumption by 10 to 15 percent," he said. "It has to happen now and not just in the fall." In order to overcome bottlenecks in the craftsmen's appointments, he called on all craftsmen to concentrate on heating and hot water supply. In addition, the families should already be talking about "whether the usual temperature has to be set in every room in winter - or whether it can be a little colder in some rooms".

Economics Minister Robert Habeck made it clear on Thursday that he feared a complete lack of Russian gas supplies from Nord Stream. From July 11, there is a threat of "a total blockade of Nord Stream 1," said the Green politician. That's why it can be really problematic in winter. The gas supply over the summer is guaranteed. On July 11, Nord Stream begins annual maintenance work, which usually lasts ten days. Then no gas flows through Nord Stream 1. The big concern is that Russia will not turn on the gas tap again after the maintenance.

According to Müller, in the event of a gas supply stop, private households as well as hospitals or nursing homes would be given special protection. However, Müller did not want to rule out a delivery stop for private households. "I can promise that we are doing everything we can to avoid that private households are left without gas," he said when asked. "We have learned from the Corona crisis that we should not make promises if we are not absolutely sure that we can keep them." If industrial companies have to be separated from the gas supply, "we orient ourselves to the business damage, the economic damage, the social consequences and also the technical requirements of the gas network operation," said Müller.

Meanwhile, the Norwegian government expects to be able to supply even more gas by 2024 at the latest. "Companies are now examining projects to be able to increase their gas supplies from 2024 and 2025," Terje Aasland, Norway's oil and energy minister, told Wirtschaftswoche. "The crisis in the energy sector will have long-term effects. We need to focus on investing in new gas production capacity." Norway's companies have never exported as much natural gas from the Norwegian continental shelf as they do now. "We support our European friends in being able to act independently of Russian oil and gas as quickly as possible."

1 R. Kelly, an American singer, sentenced to 30 Years... 2 Truck drivers are being called on to strike Monday... 3 Saxony: Action: Maider López initiates a plant parade... 4 Baden-Württemberg: Farewell to Carl Duke of Württemberg 5 In his first meeting with Twitter employees, Elon... 6 Microsoft announces the retirement of Internet Explorer... 7 Flat tyres could soon disappear 8 Census: The population of England and Wales increased... 9 Boris Johnson's future is uncertain because of... 10 Climate change: The UK government is urging more homes... 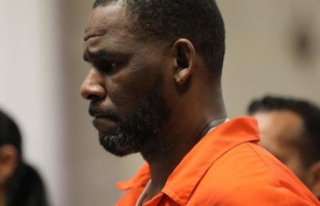