World trade picks up slightly in June compared to the previous month, but Germany's trade with Asia is faltering. 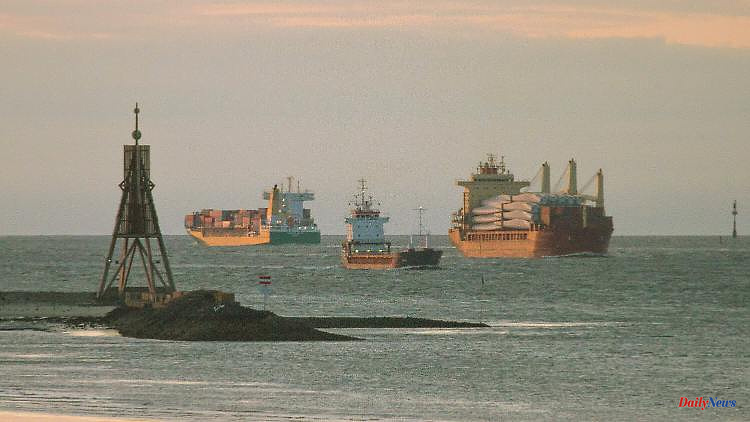 World trade picks up slightly in June compared to the previous month, but Germany's trade with Asia is faltering. The exchange of goods is hampered by ship jams in the North Sea and at Chinese ports. There is currently no end in sight.

According to the Kiel Institute for the World Economy (IfW), the traffic jams of container ships in the North Sea are tending to increase. "More than two percent of global freight capacity is idle there and can neither be loaded nor unloaded," said IfW expert Vincent Stamer. This is "very unusual" for the North Sea. Queues are also growing at the Chinese ports of Shanghai and Zhejiang: more than four percent of global cargo capacity is stuck here.

"There is currently no end in sight to the congestion in container shipping," said Stamer. "For Germany and the EU, this affects above all overseas trade, especially with Asia, from where consumer electronics, furniture and textiles are delivered." According to the IfW, there are currently a good 20 percent fewer container ships on the Red Sea - the most important trade route between Europe and Asia - than would be expected under normal circumstances. The last time the gap was this big was after the outbreak of the corona pandemic two years ago.

"The main reason for this could be that the negative effects of the lockdown in Shanghai are only now becoming apparent due to the 40-day journey from China to Europe," said Stamer. "The container ship congestion in the North Sea and the increasing importance of rail transport on the New Silk Road may also reduce the volume of freight there." Despite these problems, world trade picked up slightly in June compared to the previous month, according to the Kiel Trade Indicator. "But massive ship jams, high transport costs and the resulting delivery bottlenecks are hampering the exchange of goods, especially with regard to Europe," said Stamer.

For Germany, the values ​​show an increase in imports (2.5 percent) and a red zero in exports (-0.1 percent). In contrast, the situation in North America is easing. According to the study, the high demand for consumer goods in the USA caused by the pandemic has subsided, and the traffic jam in front of the port of Los Angeles has cleared. "This relieves the transport routes, and so the freight costs from Asia to the west coast of North America have fallen by almost half since the beginning of this year," said Stamer. "Freight rates on the way from Asia to northern Europe, on the other hand, are still six times as high as two years ago."

According to the IfW, the volume of freight in Russian ports clearly indicates an attempt to substitute Asia for the trade lost with Europe due to the sanctions caused by the war. In the Baltic Sea port of St. Petersburg, where goods arrive from Europe, the volume of freight has plummeted. In contrast, things are recovering somewhat in the other ports involved in Asian trade. "However, imports from Asia have not yet been able to replace trade with Europe," said Stamer. 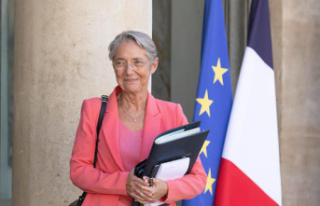 The reason why the sequence of Elisabeth Borne's...